Unless you were born after 2004, you might remember the days when Dwayne Johnson was duking it out in the wrestling ring as “The Rock”

But since his retirement from the WWE, Dwayne Johnson has made a name for himself on the big screen, starring in a series of blockbuster roles as well as some off-the-wall comedies. His latest feature film “Skyscraper” isn’t set for release until later this summer, but it’s already getting the kind of publicity that no one asks for in Hollywood. With the release of the promotional poster for the film, the Twitter geek squad unearthed themselves to tear the image of Johnson, leaping into the air, to shreds.

And needless to say, the rest of the Internet started having a field day.

In “Skyscraper” The Rock plays a security inspector who is sent to China to start a job at the world’s tallest building called The Pearl.And based on the promotional poster, it seems as though the film, set in the near future, defies all the laws of physics. 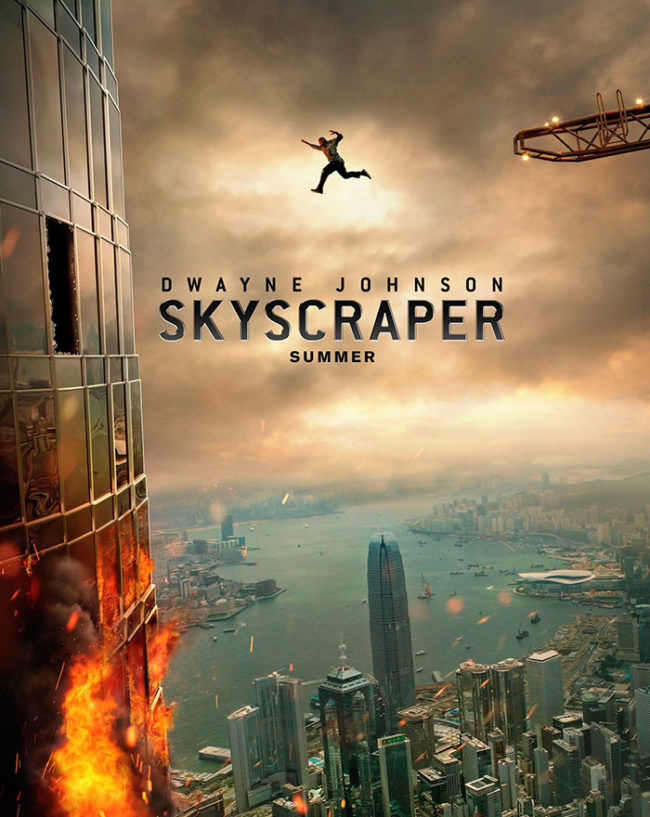 Twitter users pointed out that based on the trajectory of The Rock’s high-flying jump, “Skyscraper” would be better off as a short film.

James Smythe took the time to go through the different jumping scenarios in his head and decided that no matter if he jumped up before taking the leap or got a running start, every scenario would lead to the action hero’s demise.

But the science nerds didn’t stop there. One Twitter user was able to determine the exact speed necessary to successfully make the jump.

Some Internet Investigators with a background in engineering pointed out that a combination of the flames and the wind speeds would safely propel The Rock to safety. 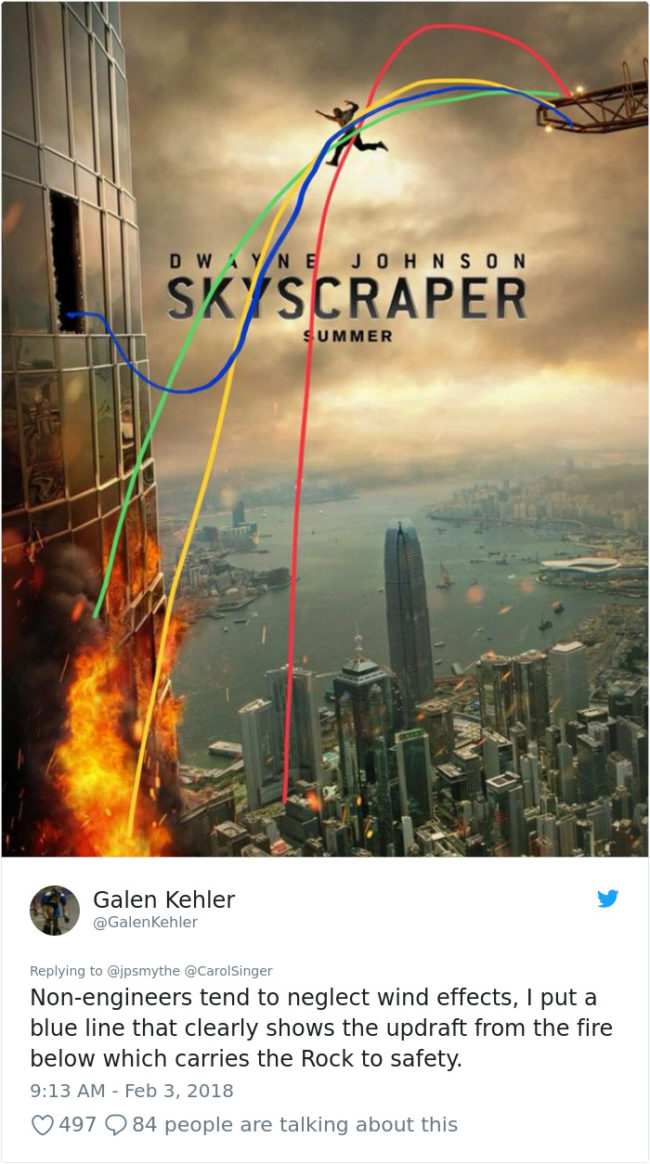 And when all else failed, other Twitter Trolls took to Photoshop to create their own spoofs on the film’s poster. 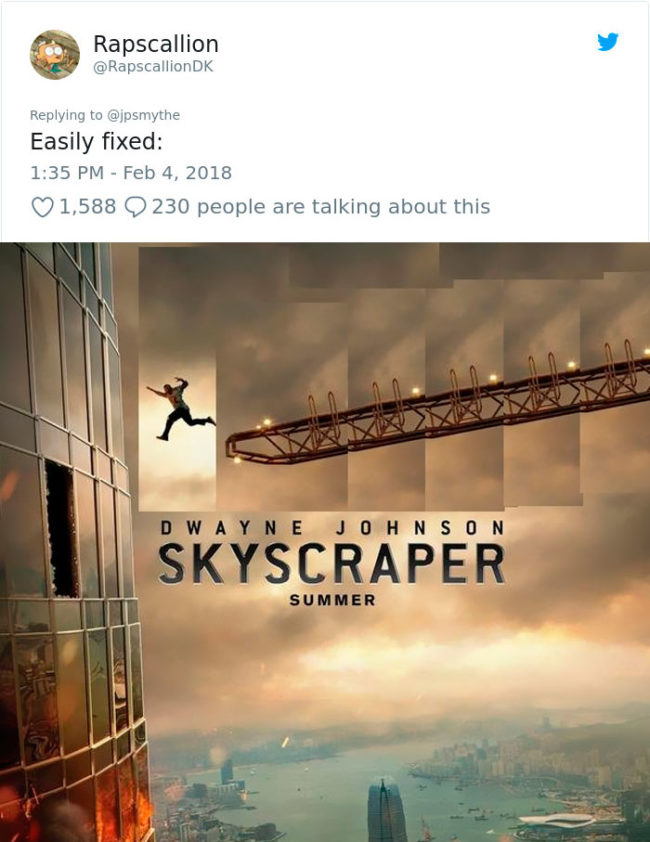 Just in time for the Winter Olympics, The Rock remembered to bring his skis with him to work. 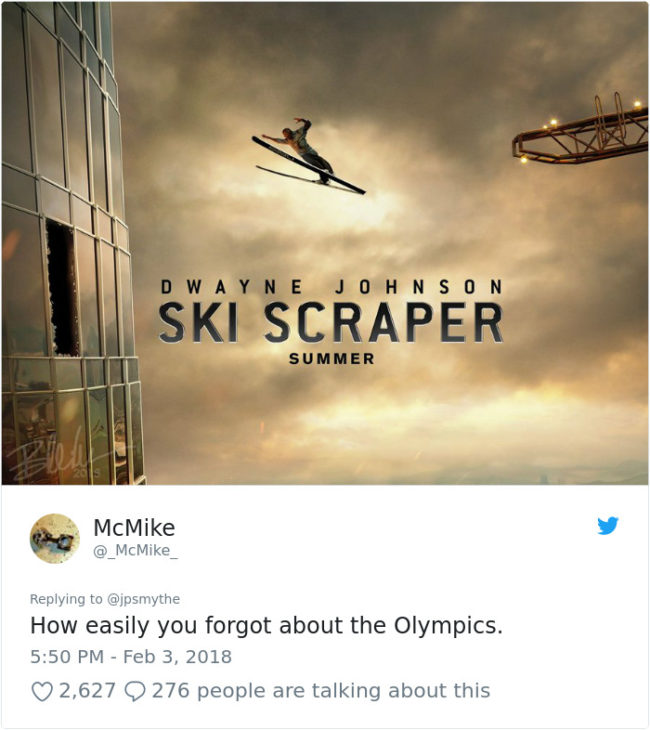 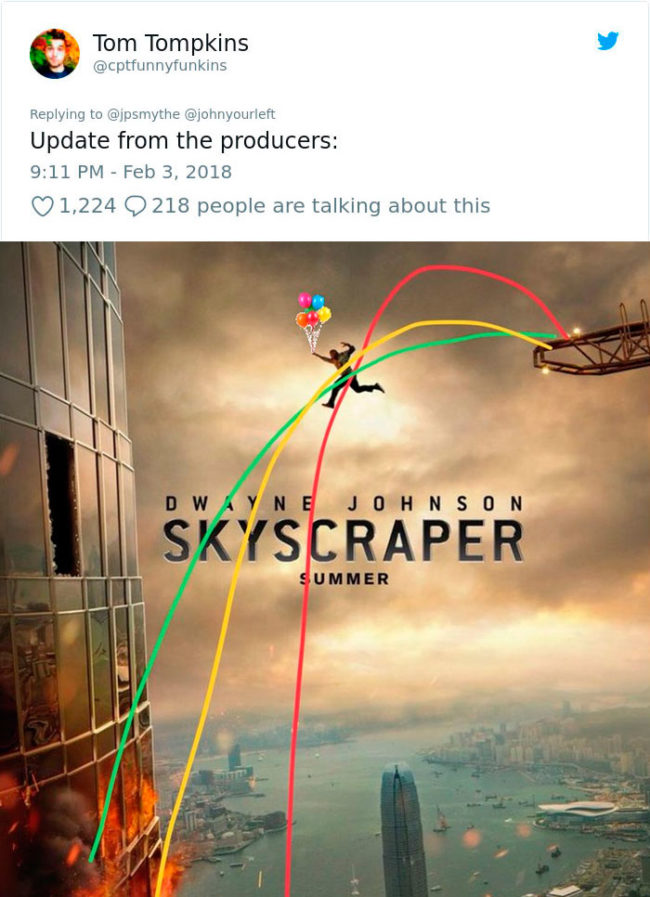 Mary Poppins, you are not! 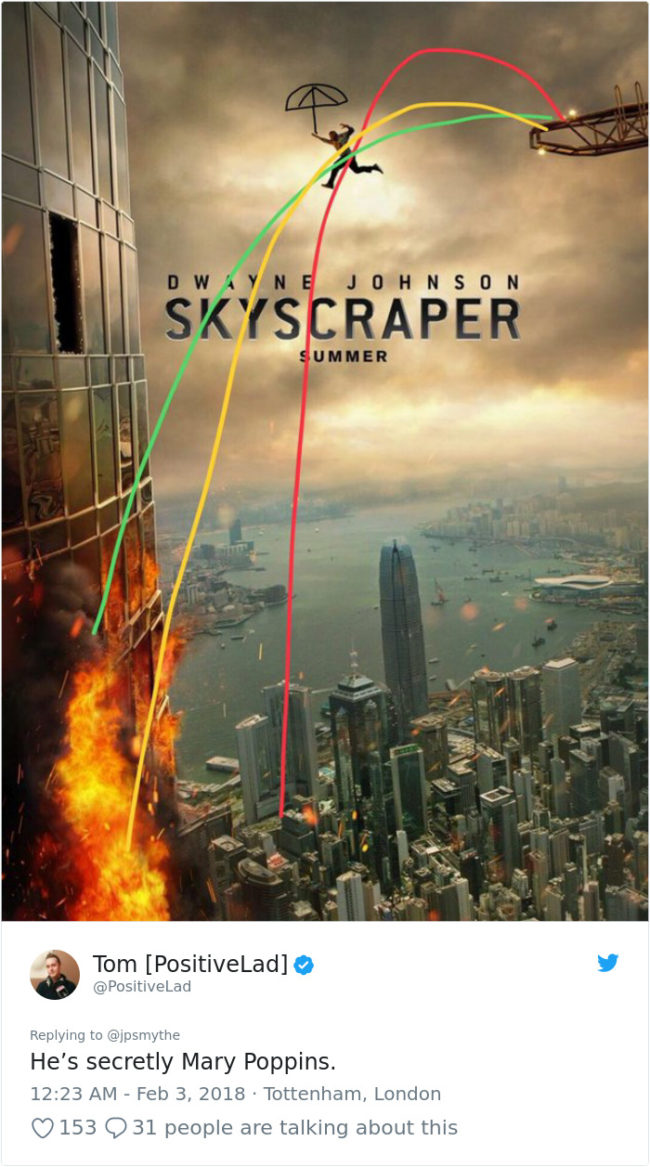 And then one troll provided the joke that became the “drop the mic” moment.

While it might seem like Dwayne Johnson has hit rock bottom, I’m sure we’ll all be eagerly making a trip to our local movie theaters once the film is released. But until then, we’ll laugh at Johnson’s expense. He seems like a good sport so I don’t think he’ll mind.