Jack may have been king of the world, but countless “Titanic” fans will never forgive Rose or the film’s staff and crew for letting Jack die in the middle of the freezing-cold water.

When “Titanic” hit theaters in December 1997, no one knew how much the film’s ending would spark such a debate. The scene in question is the moment when Rose floats on the wooden door, as she leaves Jack to drown in the frigid waters. It was a cinematic moment that left many people in disbelief that such a large door could only withstand the weight of one of them.

Now almost 20 years later, the debate continues as people are still speculating that there was enough room on the make-shift raft for both members of the happy couple to survive. But when the film’s director was asked to weigh in on the years-old question, his answer wasn’t exactly what others were hoping for.

Unsatisfied with the lack of scientific evidence supporting the film’s decision to let Jack die in the middle of the sea, a group of teenage girls from Australia are doing the Lord’s work by proving both Jack and Rose could have floated away to their much-deserved happily ever after. 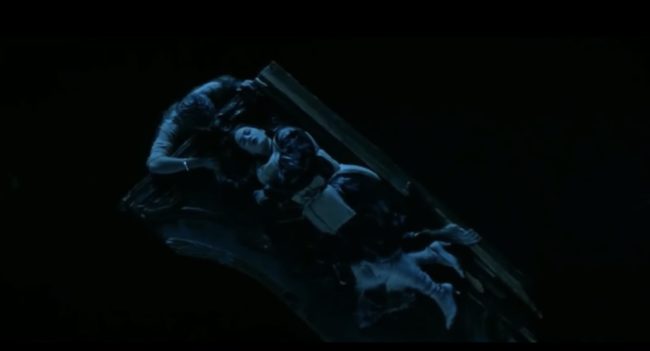 Abigail Wicks, Christy Zhang, and Julia Damato used their own research and mathematical formulas to help prove that Jack and Rose could have survived had they both hopped on the wooden door. 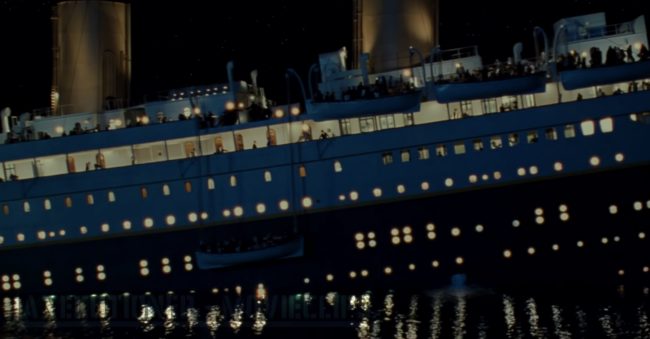 The research revealed that had the couple taken off their lifejackets and placed them under the door for added support, they could have both made it out alive. The girls’ research even helped the teens receive the top spot for the Year 10 section of the National Maths Talent Quest.

But despite the recent scientific evidence, Titanic’s director James Cameron finally put the question to bed in a recent interview with “Vanity Fair.”

When asked “Why doesn’t Rose make room for Jack on the door,” Cameron responded with a truly anti-climactic answer. He told the reporter, “And the answer is very simple because it says on page 147 [of the script] that Jack dies. Very simple…”

Cameron then went on to say how “silly” it is that fans of the film are still asking the same question 20 years after the film’s release.

But while Cameron may not appreciate the film’s fandom and their obsession with the “door incident,” he did speak positively on the lasting effect the film had on its fans by saying, “But it does show that the film was effective in making Jack so endearing to the audience that it hurts them to see him die.”

(via Lad Bible and Time)

Well damn. That was a lot less climactic than I would’ve expected. Are you still salty about Jack’s death? Because I know I am.