Mom Recounts Hilariously Traumatizing Story That You Can Probably Identify With

For most stressed-out mothers out there, there are two major tasks they have to carry out pretty much constantly.

The first task is trying to protect their child’s innocence from life’s many risqué moments. The other issue is perpetually making sure Dad is upholding his end of the chore bargain (yes, even while the game is on).

But when these two things collide, as one mommy blogger reveals, the end results are equal parts hilarious and traumatizing.

Blogger Emma Lou Harris is used to having to put up a fight to get her husband, Joe, to help out around the house, so when her loving husband emptied the dishwasher without her asking, she knew it was time for some clothing-optional appreciation. 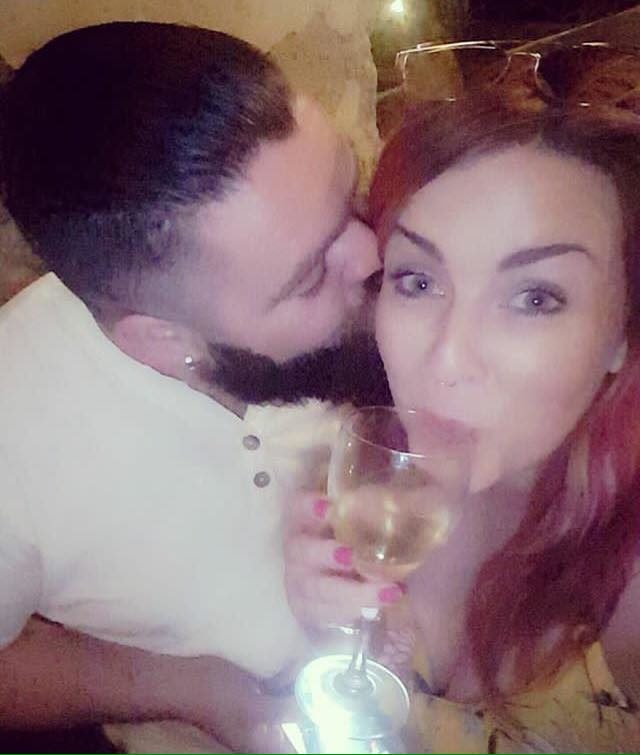 After rushing the kids to bed, it was time for the pair to retreat to their own bedroom for a fun night. 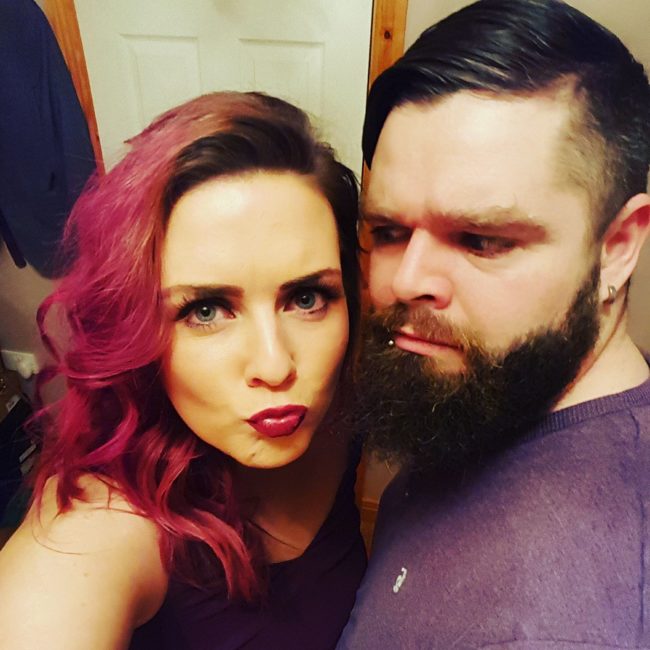 Things began to heat up for the couple. “We were just getting to the bit of the act about half way through where you actually consider going professional and you wonder why you ain’t teaching these kinda moves on some sort of intense weekend course for beginners,” Harris joked. 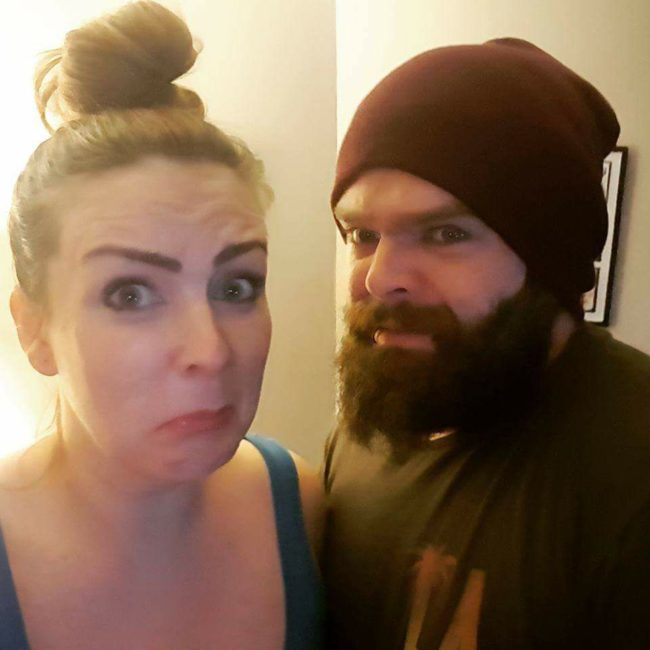 But the passion was cut short when a tiny voice uttered the famous word no parent wants to hear during an intense love-making session: “MOMMMY!!!!” 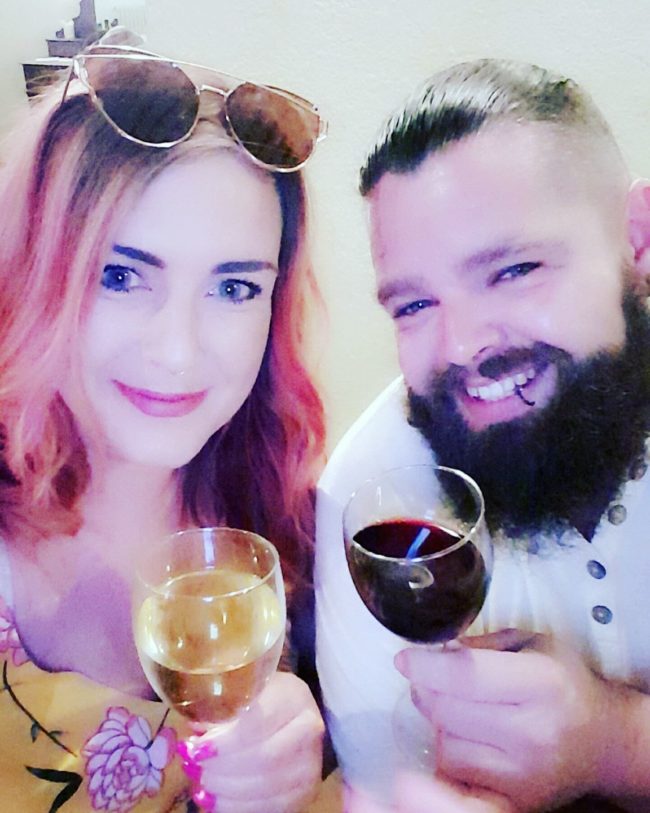 In an instant, her worst nightmare had come true. “I look up to see a moving smudge of color in a ‘my little pony’ night gown rubbing its eyes and whinging. I pray to the baby Jesus that we have a poltergeist and I also pray it’s legally blind,” she reminisced. 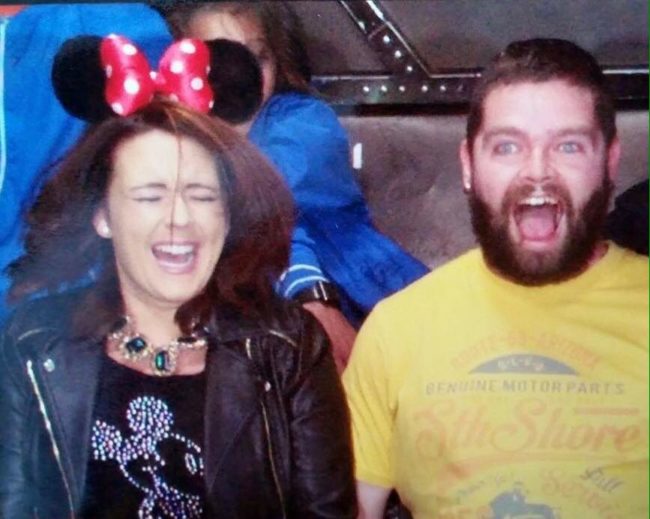 But it was the shrieking sounds of her husband that sent Harris into hysterics. “I watched him, almost in slow motion, fly through the air in panic , the anaconda swerving all over the place threatening to strangle me to death in the act. Seriously, the thing nearly slapped me in the face and blackened the eyes off me on its jump up there.” 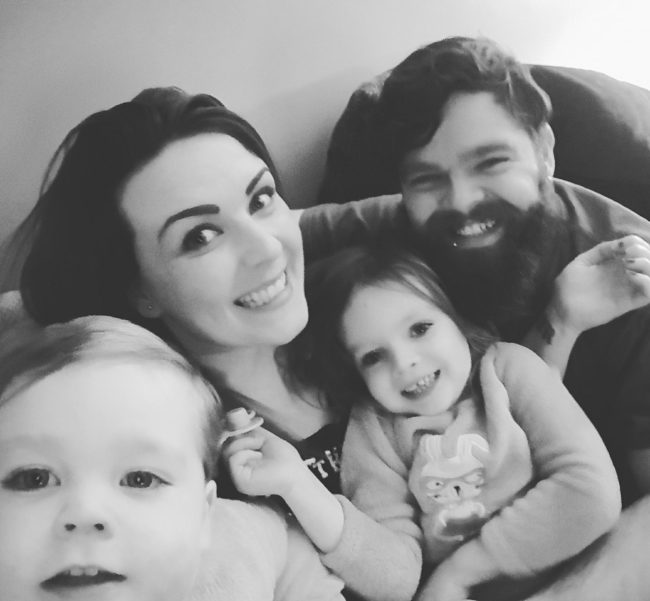 Once the horror and fear retreat from Harris’ eyes, she realizes that the mysterious blur in front of her bed is none other than their daughter Frankie, who had lost her pacifier in her bedroom and needed her mother’s help finding it. 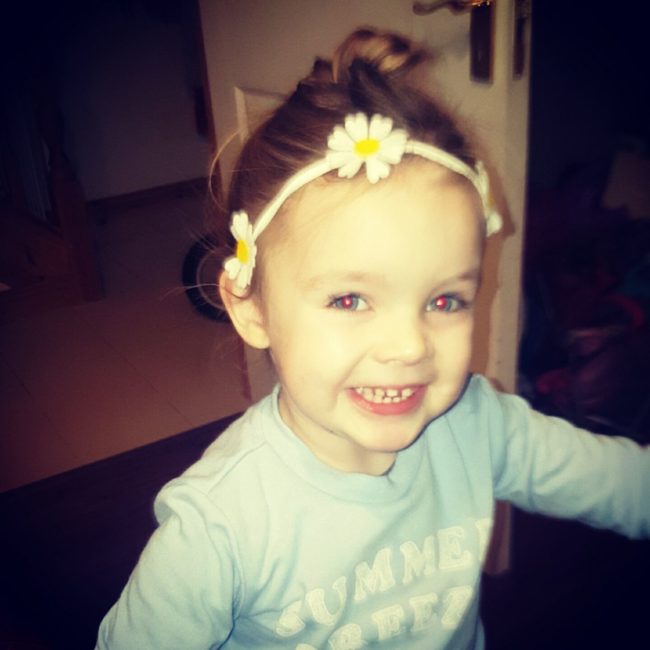 You can read the story in her own hilarious words below!

There’s an inevitable moment in every parents life when your children catch a glimpse of something you’d much rather they didn’t.

Something that the retinas of any grown adult human would need a full lifetime and then some to erase from their traumatised memory boxes but your own child? Fortnightly shrink sessions for life and replacement eyes are a must. And I would give serious consideration to hypnosis.

I’d had two full beers that night and Joe had emptied the dishwasher without having to be asked. I knew right then and there it was game on. Pants. Off!

We shipped the kids to bed as quick as lightening and the very moment they slipped into a slumber, Mission slipping into other things commences for us as we hopped on straight down to sexy town.

Things were getting heated. We were just getting to the bit of the act about half way through where you actually consider going professional and you wonder why you ain’t teaching these kinda moves on some sort of intense weekend course for beginners. Ye know, your about 2 mins in and all of a sudden bitches be thinking they some sort of Christian and Anastasia yoga instructors.

It was getting hotter then Satan’s ball sack and I was trying to hold in the noises . There was nails digging and hair pulling and and headboards knocking and we were JUST about to be reminded whyyyyyyyyy the HELL I ever put up with this bollox leaving his crap all over the house when suddenly,

My panic sweat glands jump into emergency mode busting open like a military operation and my vagina zips itself up to my back immediately before I’ve even had a chance to turn my head.

I look up to see a moving smudge of colour in a ‘my little pony’ night gown rubbing its eyes and whinging.I pray to the baby Jesus that we have a poltergeist and I also pray it’s legally blind.

My vision is blurred with both the sheer fright and with truth tears over fears of who I’ll find behind the blur of doom. I knew the answer.

In that same split second I hear a small girl scream . It’s Joe, it was the noise accompanied by him leaping off me higher than a kangaroo hurdler while very nearly giving himself a home circumcision from the ceiling fan in the process.

I watched him, almost in slow motion fly through the air in panic , the anaconda swerving all over the place threatening to strangle me to death in the act.

Seriously, the thing nearly slapped me in the face and blackened the eyes off me on it’s jump up there.

I sit up in a rush, my arse is still lingering up at my throat where it jumped and hid at the first “m” of “mammy”. My hair is looking like I’ve just had the misfortune of science project exploding in my face. Joe is huddled in the corner of the room under a white duvet, rocking back and forth like he’s going through an exorcism all the while muttering pleads to Jesus under his breathe that this isn’t happening. After another few blinks my vision becomes clear and I see.I t’s Frankie , my poor poor misfortunate child. She’s standing at the side of our bed. For how long ?

She’s rubbing her eyes and momentarily I consider the fact that she may actually be trying to scratch them out. She tells me she’s lost her soother in her bed and she needs me to look for it.

She wanders into her room and says nothing. Puts her soother in and goes back to sleep while me and Joe stay awake all night staring at the ceiling and speak not one word to each other.

I don’t know what she saw that night.I can’t say for definite if she saw too much or if she saw anything at all.

All I know is, if in the future, My poor poor innocent child ever comes to me and tells me she remembers a very vivid dream where two large warthogs were trying to give each other a hoosh over a wall or that two friggin tapers where playing an aggressive game of twister , well,

I guess I’ll have my answer.

Myself and Joe are due to finish our Trauma Counseling sometime in the year 2045.

While the daughter never outright said she saw her parents doing the nasty, it’s safe to say that years down the road it’ll come up in therapy. But hey, at least Mom has a sense of humor about the whole thing.