Trail cameras are an important tool for both hunters and researchers alike.

If they’re hidden well, they can blend in with the surroundings and show us exactly what our animal friends are up to when we’re not around.

Most of the time it’s pretty boring, but there are tree cameras out there that have caught some pretty hilarious things going on with our furry friends in the dark. Here are 15 of the best.

1. This photo was taken in South Africa, showing a water buffalo and a wild cat getting along way better than they should. 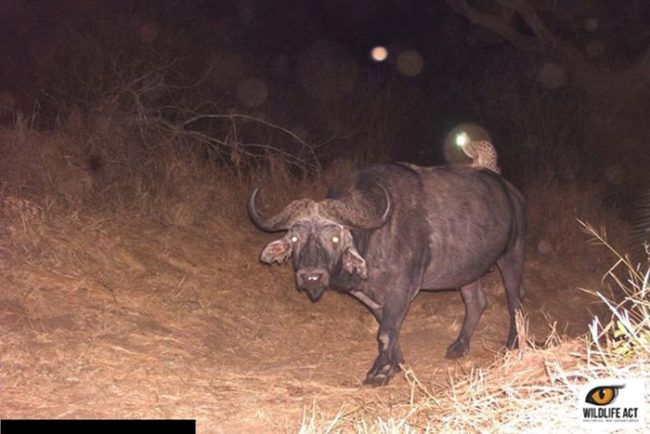 2. “You’re interrupting our meeting!” What do you think the deer are plotting? 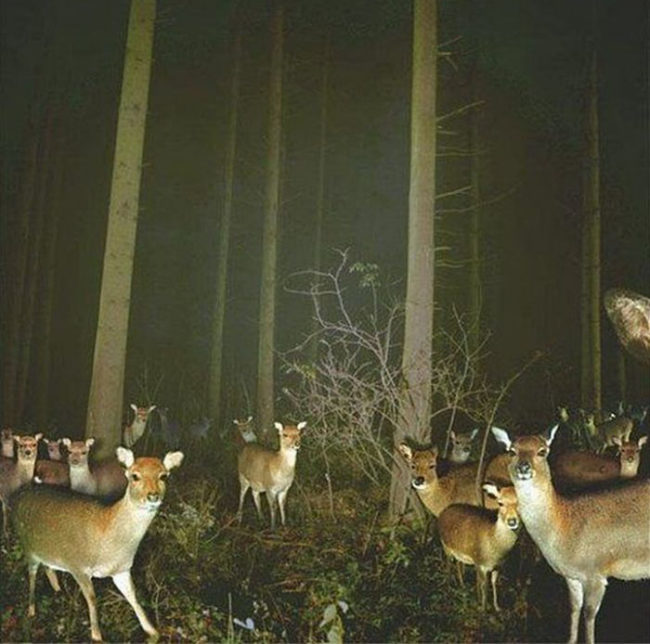 3. I run screaming when I see a cockroach, so I can’t really fault this dear for freaking out when a flying squirrel attacks from the sky. 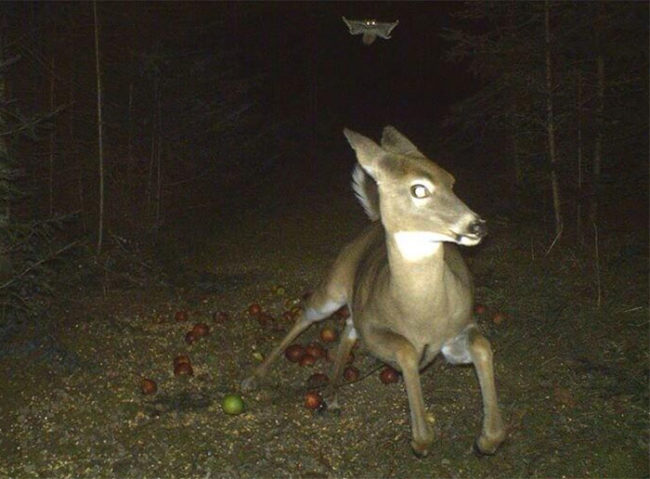 4. Deer getting attacked by smaller things apparently happens a LOT. This owl must have been protecting a nest. 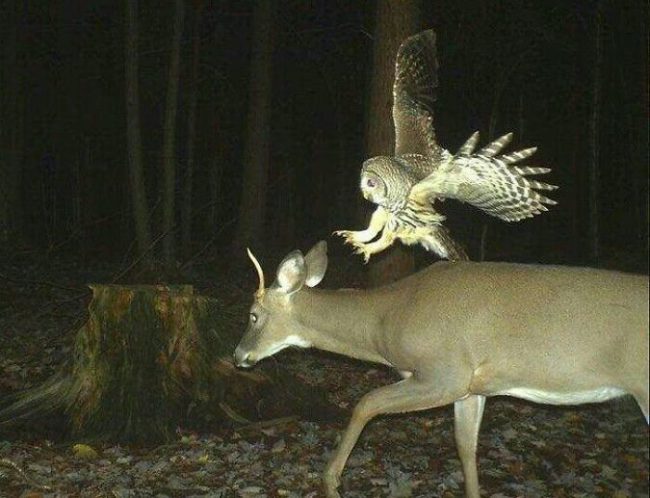 5. Teamwork is the key to any success. 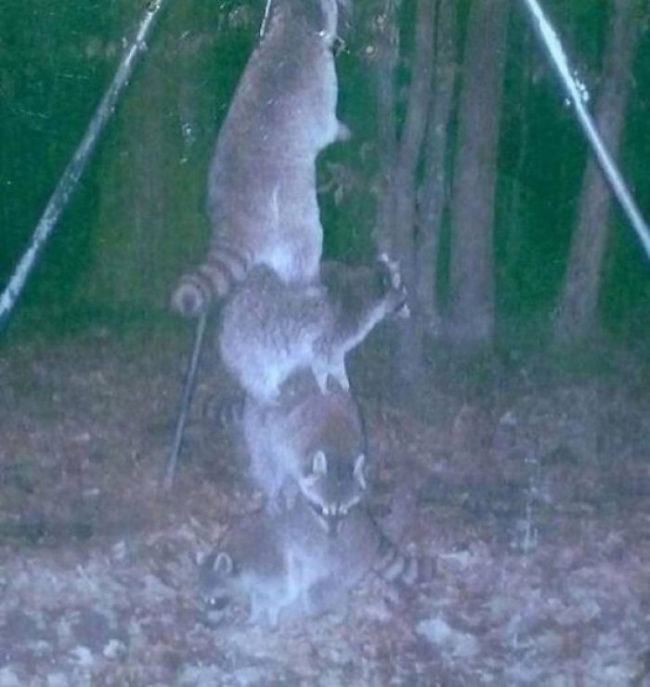 6. Someone decided to take a selfie when discovering the camera. So much for “hidden”! 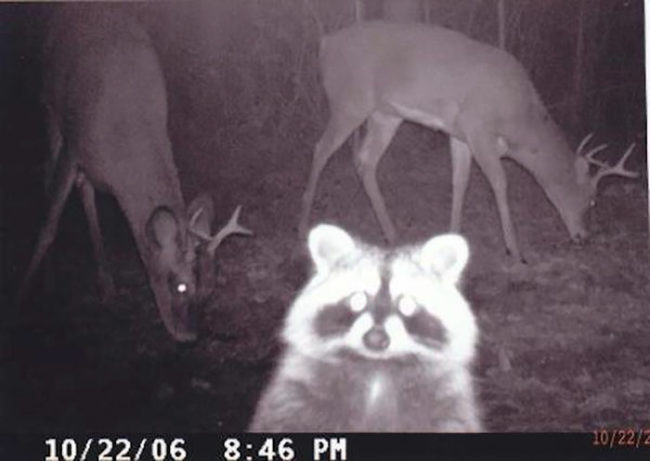 7. One of these coyotes told a pretty hilarious joke. 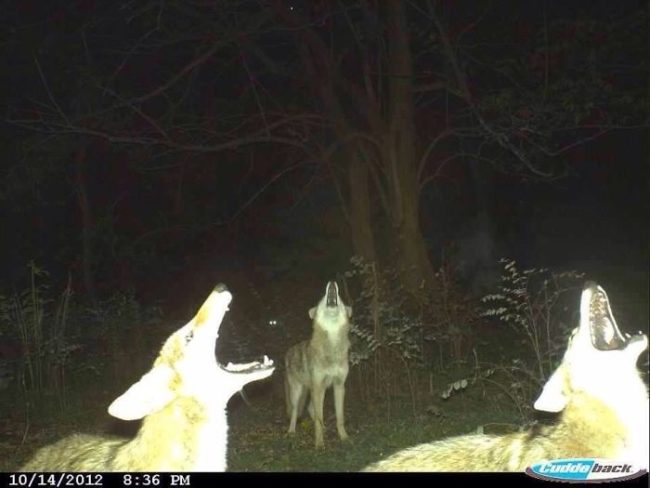 8. Mama bear is teaching baby how to get everything she wants in life. 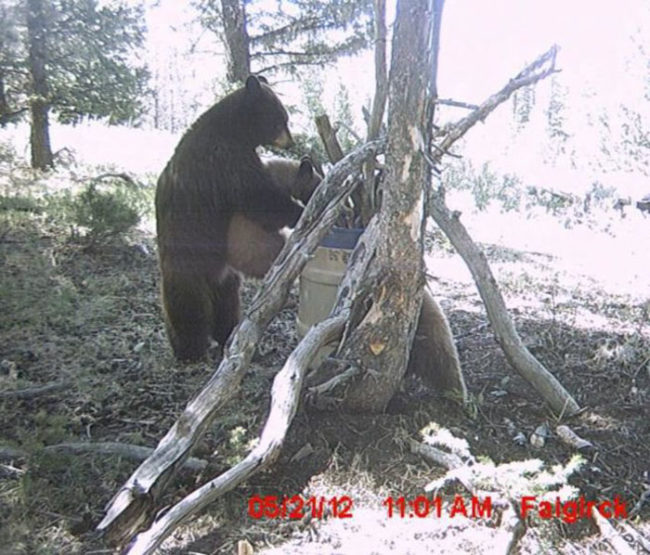 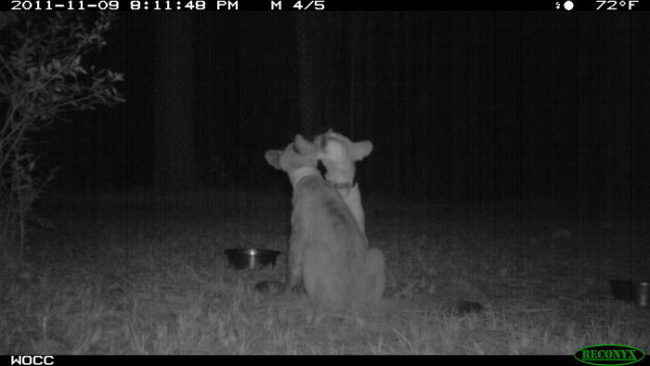 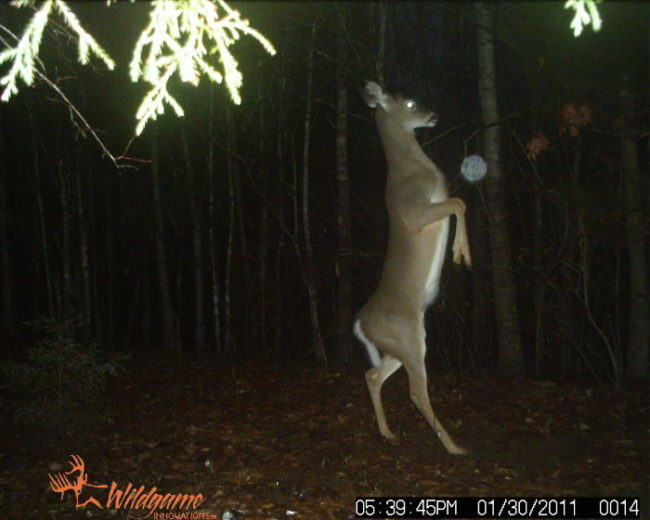 11. This buck decided to try out a new fashion statement. 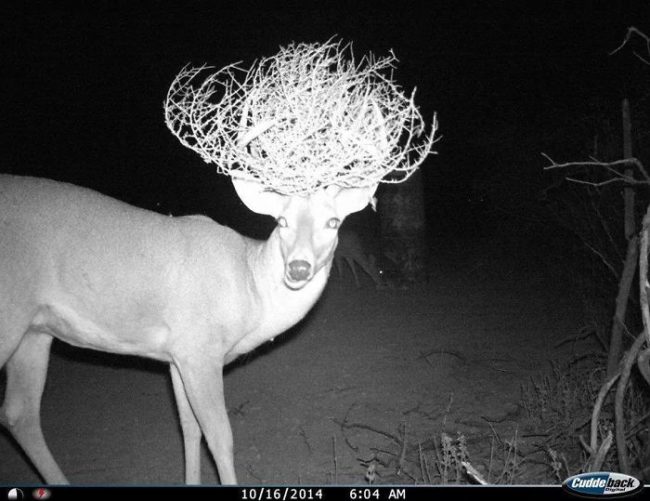 12. More kissing. I guess animals spend their nights like humans do. 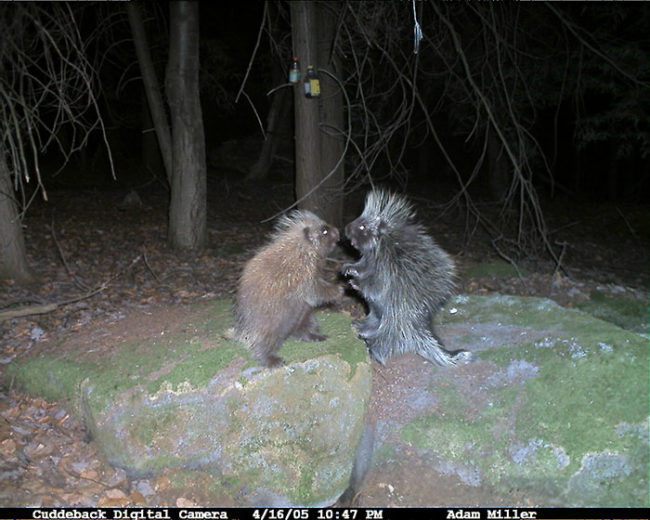 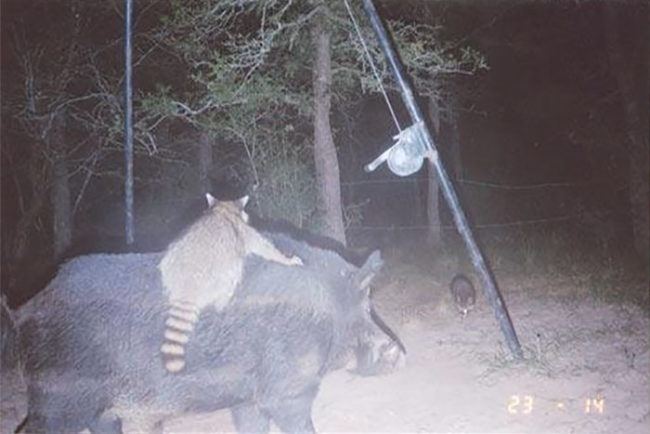 14. They look totally drunk. Just wasted with the fullest stomachs. 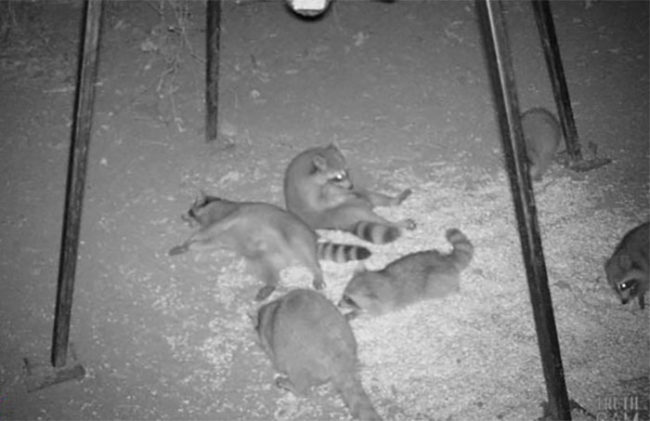 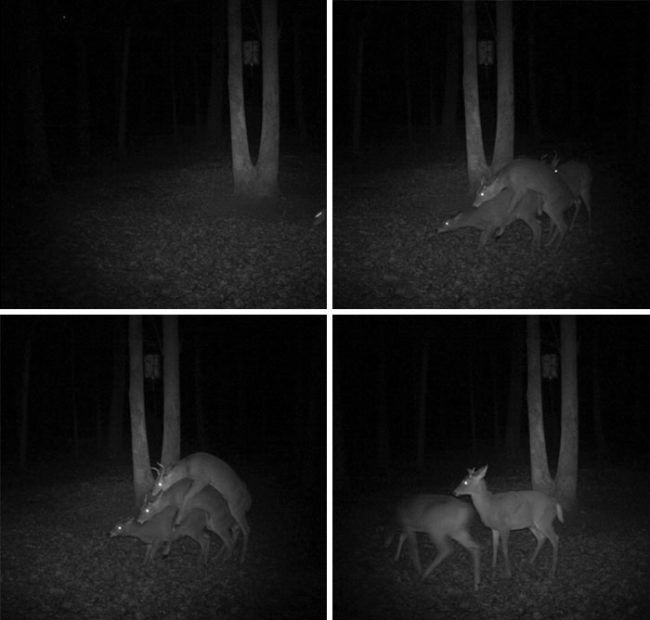 HAHA! I can’t get over some of these. Which one was your favorite? Let us know in the comments!