If there’s one thing we’ve learned from Donald Trump’s presidency thus far (and there’s a LOT), it’s that he loves feeling superior to his predecessors, especially if it involves bashing them in hypocritical ways.

And he doesn’t just limit himself to smack talking Barack Obama in the open, as Washington Post data reporter Christopher Ingraham recently discovered. While perusing some Trump administration and GOP websites, Ingraham found a “bonus” feature, known as an Easter egg. Hidden in the code of action.donaldjtrump.com sites and even the official GOP homepage was a petty dig at Obama’s time spent golfing during his presidency.

“Oops! Something went wrong,” it read. “Unlike Obama, we are working to fix the problem… and not on the golf course.” Included with the message is a404 error message stating, “What do Hillary Clinton and this link have in common? They’re both dead broke.”

The website of Donald Trump, who has spent several days in a row at the golf course, is coded to serve up the following message in the event of an internal server error: https://t.co/zrWpyMXRcz pic.twitter.com/wiQSQNNzw0

But funnily enough, Trump’s team couldn’t even get their attempt at an insult right, despite his penchant for trash talking. You see, there was one little mistake that ensured the message would never be displayed. In a spot where there should have been two equal signs, there was only one.

It will never actually serve that message, there's an error in the JavaScript…any error will give the 404 message because they used assignment (=) instead of equality (==) pic.twitter.com/un8LJM9Fsu

Shortly after this snippet of code was made public, it was removed from the Trump and GOP websites. But let’s get into how it makes Trump incredibly hypocritical, shall we? 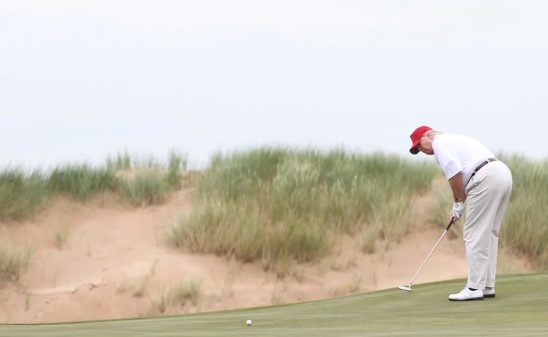 Remember back in August 2016 when our dear old president said, “I’m going to be working for you. I’m not going to have time to go play golf”? This handy website has been tracking all of his visits to golf clubs since his inauguration, and it seems that he has no shortage of time to play. 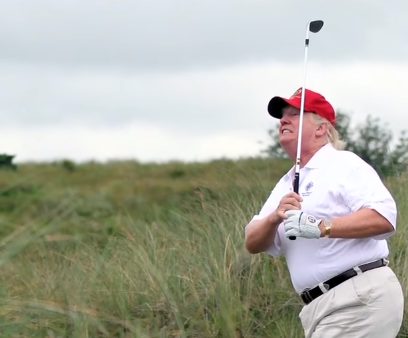 The total number of times Obama played golf during his eight-year presidency is 306. Trump has visited golf clubs 88 times since his inauguration, with evidence of playing golf on at least 43 visits — costing taxpayers at least $42 million. In his first year as president, Obama golfed 28 times. 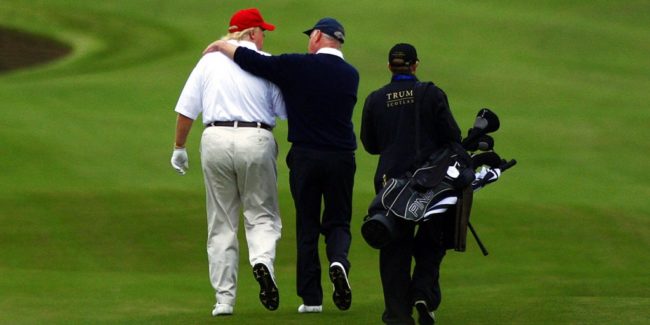 While Trump himself may not have been the actual person to write the code, we all know that he wholeheartedly agrees with what it said. Maybe he should learn to practice what he preaches.