There are tons of crazy things lurking in the deep. Whether you’re encountering dangerous predators or swimming among coral formations, there’s never a dull moment when you’re prowling around on the ocean floor. But some things are more insane than others. Some things aren’t even native to the ocean blue.

Many discoveries in the depths have nothing to do with animals. Sure, sea life is always fascinating, but through the years, divers have uncovered some of the most shocking underwater inhabitants of all. 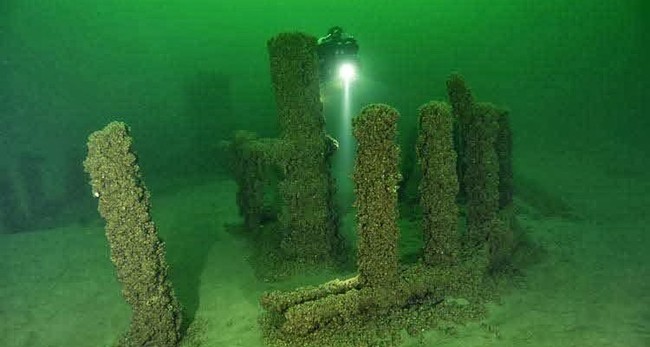 In the middle of Lake Michigan lies an aquatic Stonehenge. No one is sure what it is or how it got there, which only makes it more intriguing. 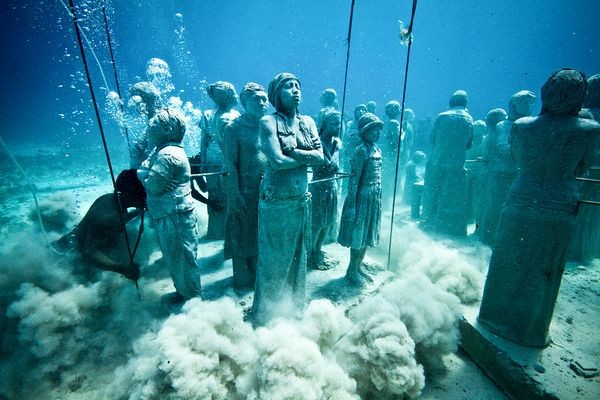 Off the coast of Cancun, Mexico, there is a sculpture park that can only be seen by those willing to plunge into the Caribbean Sea. Brave divers can feast their eyes on over 500 statues. 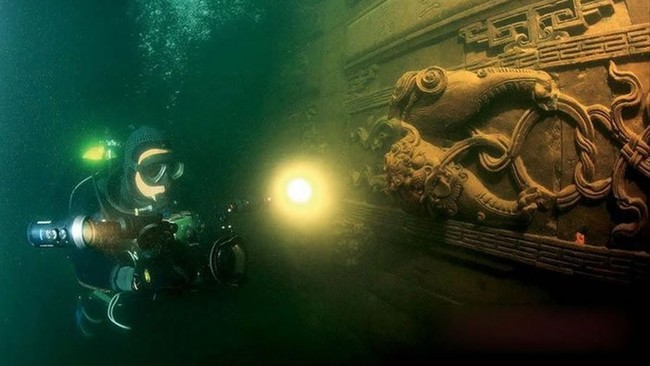 No, I’m not talking about Atlantis. I’m talking about an underwater city in China’s Qiandao Lake. What’s unique about this submerged city is that it just recently took the plunge. That’s because the lake in which it lives was created by a construction company. 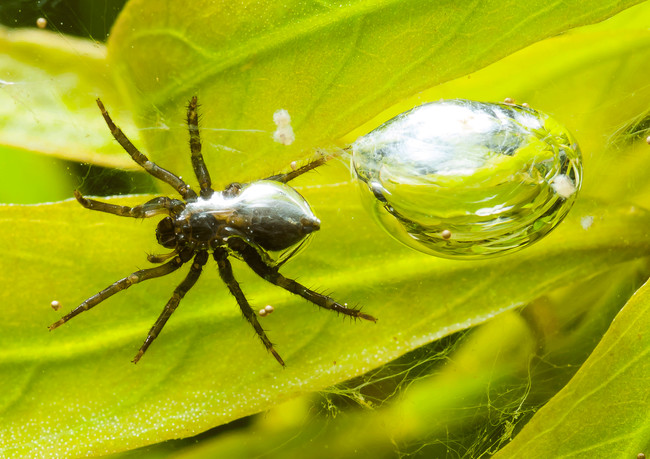 Yea, that’s right. You can’t even escape spiders in the water. Some species create air pockets on their webs so they can breathe. 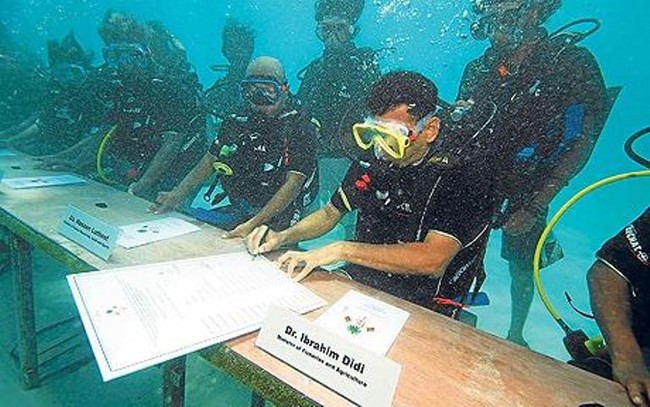 President Mohamed Nasheed of the Maldives held an underwater cabinet meeting to discuss climate change and its effect on oceans. 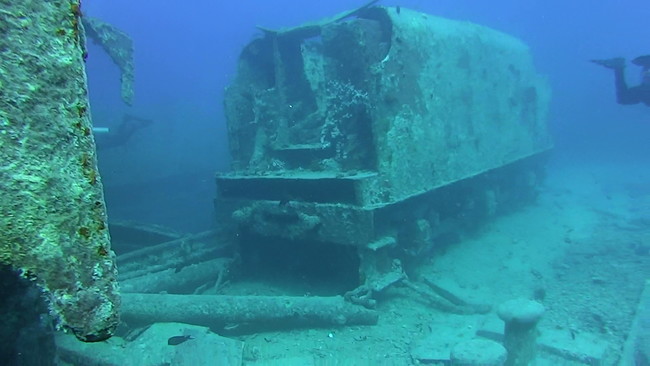 In 1985, steam locomotives from the 1850s were found at the bottom of the ocean. No one knows how they got there, but it seems like a huge waste of money to me. 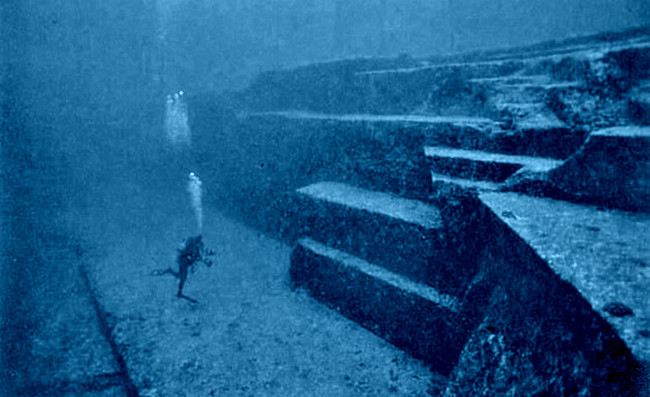 The Yonaguni Monument stands on the ocean floor off the coast of Japan. It is believed to be around 5,000 years old. 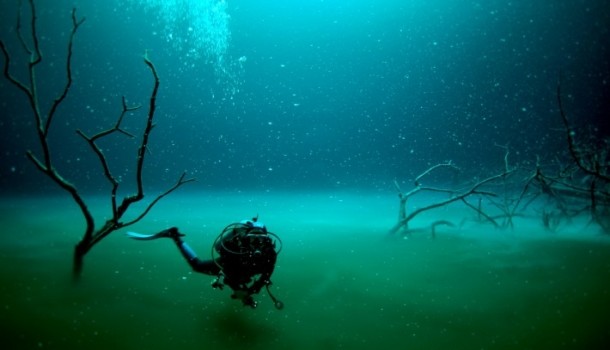 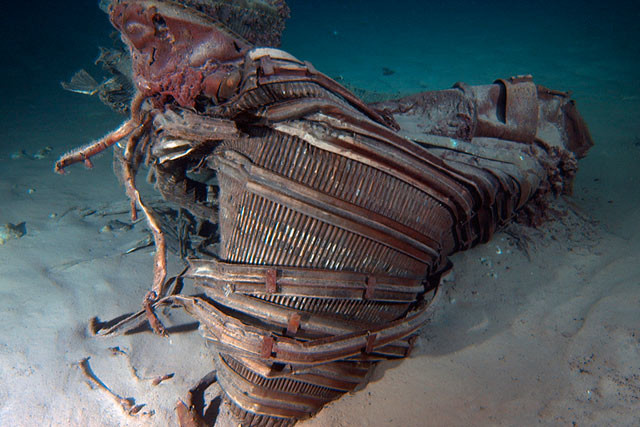 An Apollo 11 engine was recently uncovered in the Atlantic Ocean after Amazon CEO Jeff Bezos financed a team to search for it. 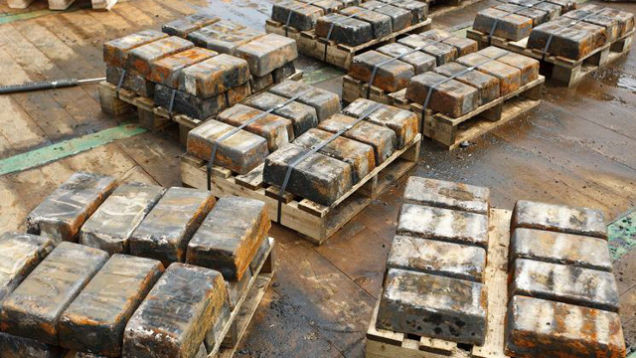 This World War II-era silver was discovered by researchers off the coast of Ireland. They found about 61 tons of precious metal in the wreckage of a British cargo ship. 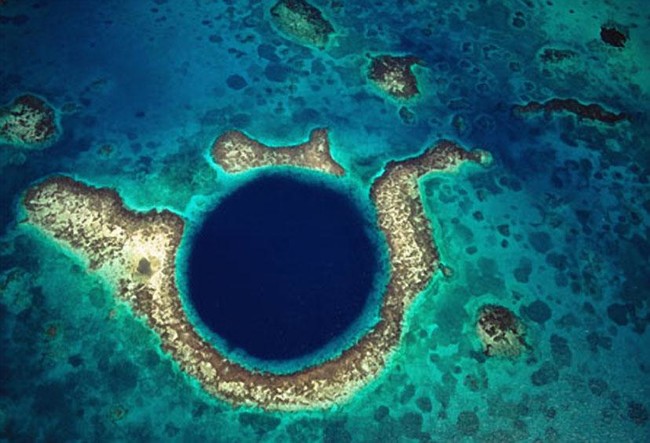 Sinkholes are bad enough on land, but as it turns out, there are also sinkholes on the ocean floor. Water, chemicals, time, and bureaucratic mismanagement are to blame for these giant pits on land and in the sea. 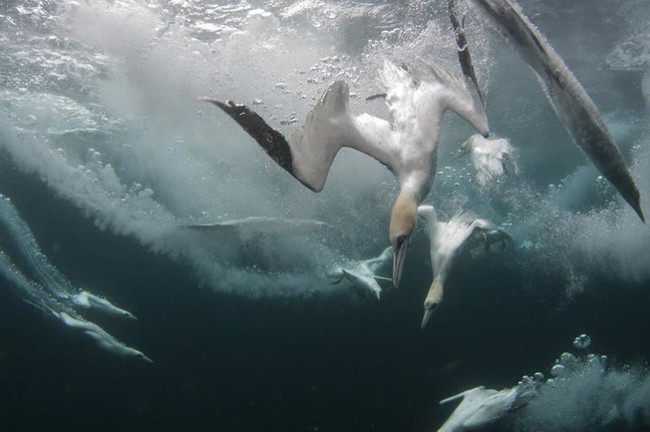 Gannets are birds that dive into water to find their prey. Other birds partake in similar behavior, but what makes these flying fishermen unique is that they dive up to 100 feet below the surface.

Archaeology seems interesting enough as it is, but imagine being an underwater archaeologist! That’d be so cool…aside from the possibility of running into a shark on your lunch break. That’s less cool.