This Cat’s Babies Were Killed By A Dog, But Then She Adopted Someone Unexpected

Gertrude was a stray cat living on the streets of Puerto Peñasco, Mexico, when a horrible animal attack left her clinging to life.

Cats and dogs have never exactly been the closest of friends, but Gertrude was minding her own business when she was attacked by a pack of wild dogs. Left to fend for herself, a local woman discovered Gertrude and rushed her to the Compassion Without Borders veterinary clinic. At the clinic, vets quickly discovered that Gertrude had been pregnant and that the attack cost her the babies.

After her rough history with dogs, the last animal you’d expect Gertrude to befriend at the clinic was a pup, but that’s exactly what happened. Clementine arrived with two other puppies who unfortunately did not survive, but the stray dog quickly found a motherly figure in Gertrude.

Gertrude could be heard meowing and making chirping noises whenever Clementine was anywhere near her. 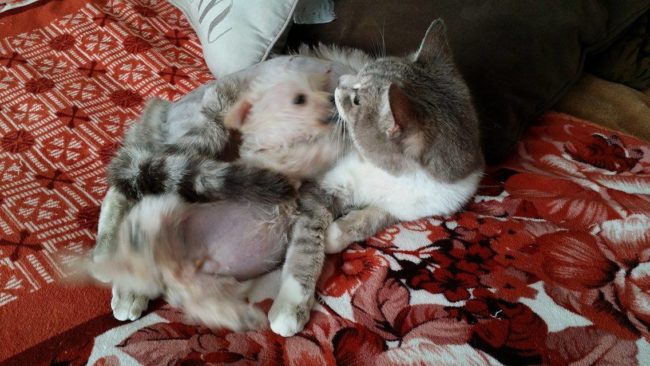 Taking notice of Gertrude’s attachment to the pup, the vets decided to let the two say hello. What ensued was nothing short of pure happiness and delight. 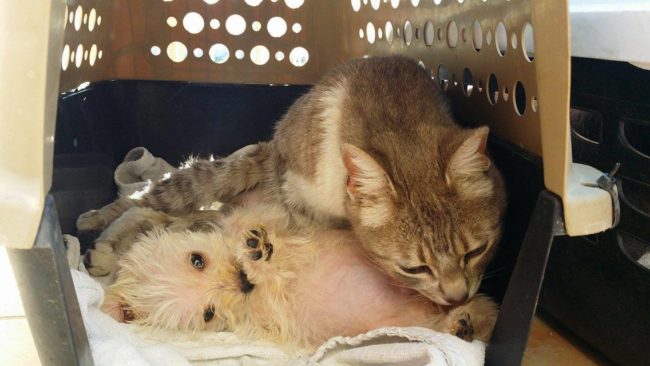 Rather than hold a grudge again all dogs, Gertrude was able to let her love for Clementine heal her emotional wounds. 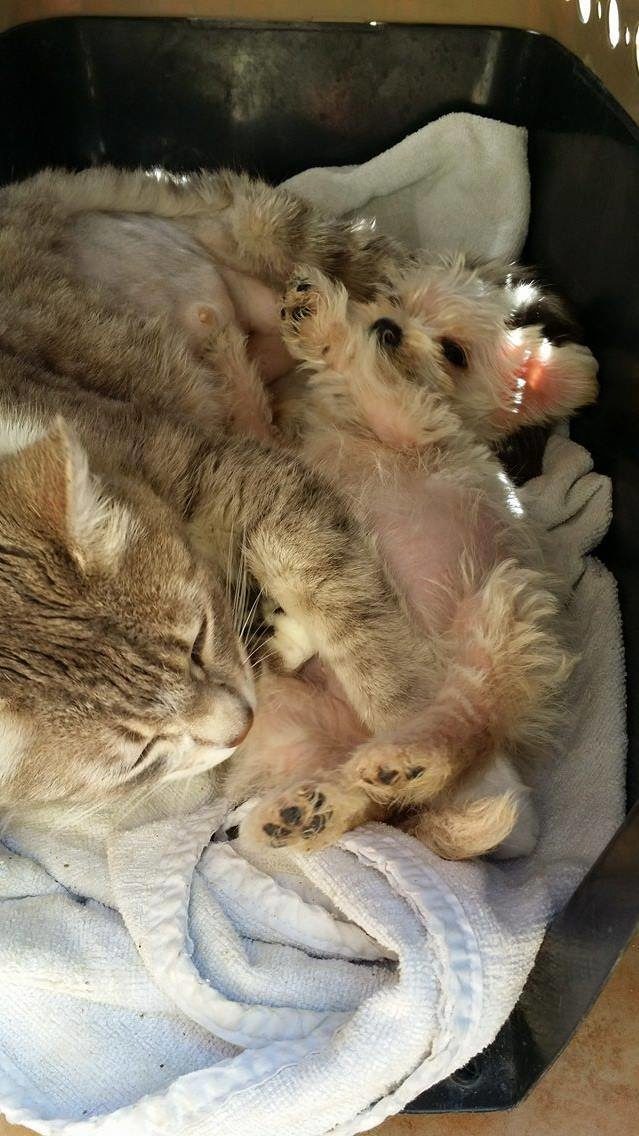 This unlikely friendship is just too cute for words.

(via Honest to Paws)

Read More: This Dog Was Thrown 22 Stories Down And Left For Dead, But You Have To See Him Now

Gertrude and Clementine are both survivors, and it’s amazing that the two were able to find one another. Share this amazing friendship with someone who could use a little pick-me-up.