A Boat Washed Up In Japan. When They Looked Inside, They Found 8 Decomposing Bodies.

Each day, all across the globe, thousands of trinkets and other mysterious finds wash up on shore. However, not all of them are as gruesome as what forensic scientists and detectives are investigating along the coast of Japan.

Last weekend a ghost ship washed up on the shores of Oga, Akita Prefecture during the early morning hours. More surprising than the shipwreck itself was what was found on board. The boat contained eight decomposing bodies scattered throughout the nearly 23-foot-long vessel. While initially believed to be a fishing boat that went off course, when the ship was recovered, there were no signs of fishing equipment.

After discovering the wooden ship, the conditions of the passengers would really throw a wrench in investigators’ gears. 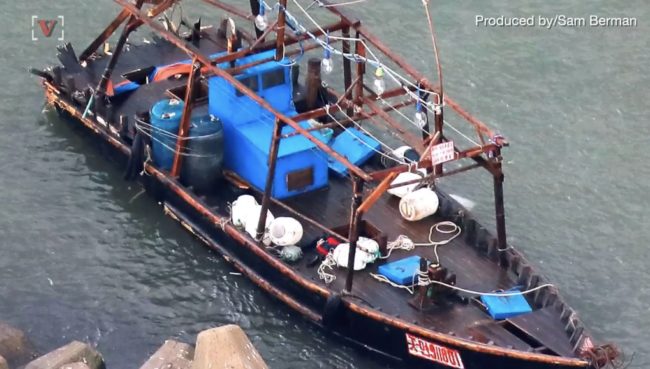 The fact that many of their skeletons were bare suggests that they were already halfway through the stages of decomposition in the active decay process. During active decay, much of the body’s tissues are lost through liquefaction caused by microorganisms. Because of the condition of the bodies, there is no way to determine the age or sex of the crew members on sight alone.

While much of the mystery surrounding the ghost ship is still unknown, it is widely speculated that the ship in question is from North Korea. 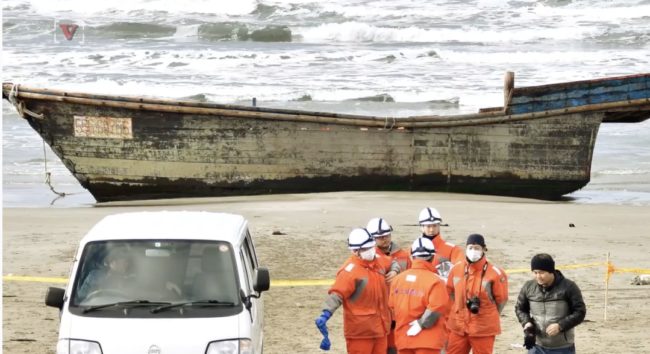 The Japanese coastguard has confirmed that during the time of the ship’s landing, there were no Japanese ships reported missing.Another clue to the origins of the boat lies in a packet of cigarettes found inside the boat. It is believed that the cigarettes in question were produced in North Korea.

However, the washing ashore of the ghost ship is only the latest in unusual happenings along Japan’s coast.

Just days before the ghost ship’s arrival, another North Korean boat washed ashore just a few miles away from the most recent shore discovery. This time, however, eight men were found hovering along the marina at night. It is believed that the boat drifted into port after the ship’s engine broke down. Members of the Japanese coast guard also rescued three crew members earlier last month after their boat sank nearly 180 miles from shore. The rest of the 15-passenger crew was lost at sea.

It is reported that in 2017 alone, there have been nearly 40 incidents involving people and/or ships washing ashore along the coast of Japan. Over the last five years, that number is believed to be well over 500. 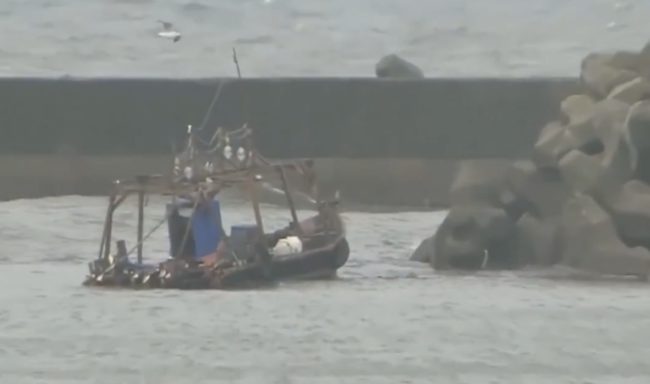 While it is not 100 percent clear that all these boats are from North Korea, if true, these ghost ships paint a horrifying picture of what it’s like living under the rule of Kim Jong-Un, desperate to get out. 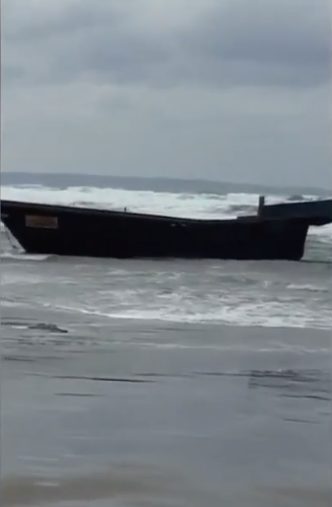 According to director of Asian Studies at the Japan campus of Temple University, Jeff Kingston, North Korea is in the middle of a serious food shortage. It is reported that leaders of the country are forcing their fishermen to delve deeper into the unexplored water in order to produce bountiful catches. However, the poor conditions of the country’s vessels, in addition to the Sea of Japan’s rough waters, may be to blame for the overabundance of ships washing ashore in Japan. Others have speculated that the ships are containing refugees who had hopes of escaping the cruel dictatorship of Kim Jong-Un.

(via USA Today and IFL Science)

If these are just the reports of vessels that have made it to shore, I wonder how many more have been lost forever in the depths.