This Is The Odd, Sometimes Shocking History Behind Wedding And Engagement Traditions

From proposing with a ring to exchanging vows in front of our loved ones, we follow a lot of traditions when it comes to getting married.

Practicing such rituals has become second nature to us in the modern age; in fact, we don’t really think about how they came to exist in the first place. Obviously, they aren’t anything new — most of them date back hundreds of years to very different times and cultures. And while they’re all sweet, cute, and fun now, the same can’t exactly be said for them back then.

You’ll probably view weddings a bit differently when you learn these 15 interesting, strange, and even barbaric origins of marriage traditions.

1. In 1215, Pope Innocent III instituted a waiting period between a betrothal and the marriage ceremony, with rings symbolizing a couple’s commitment in the meantime. They also symbolized social status, so only the elite could wear fancy, jeweled rings. 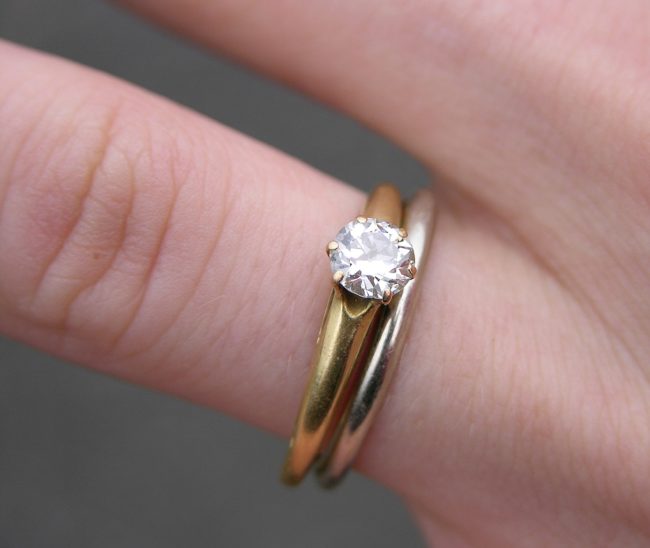 2. Ancient Spartans are believed to have thrown the first bachelor parties, feasting and toasting to the groom’s last night as a single man. 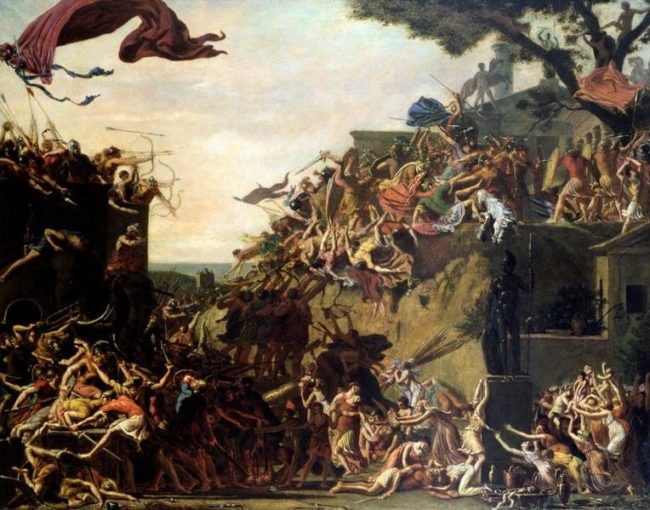 3. In 1840, Queen Victoria wore a white dress at her wedding to Prince Albert — a choice considered pretty unusual at the time. While she wasn’t the first royal to get married in white, she’s been credited for starting the white wedding dress tradition. 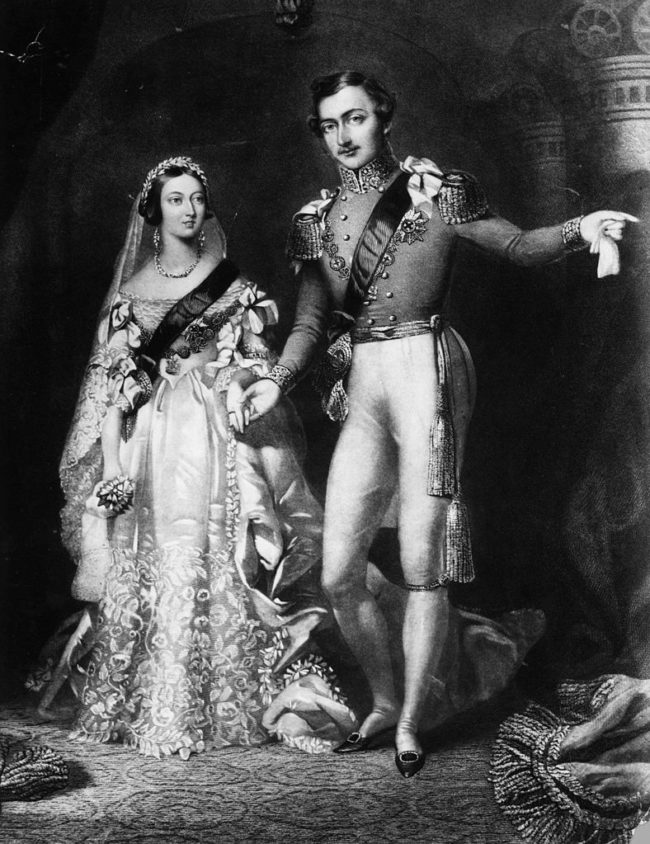 4. Weddings began as a way to publicly announce a man and a woman were now husband and wife, as they are today. They also helped to prevent incest in places where marrying relatives was unacceptable. 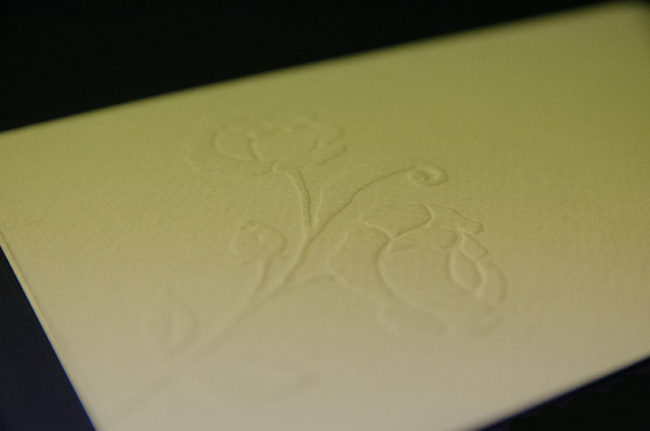 5. In Eastern Europe, mock-kidnappings of the bride are traditional. But up until the 18th century, it was a very real practice around the world, in which a man abducted the woman he wanted to marry. Unfortunately, it still happens in countries including Moldova, Kyrgyzstan, Chechnya, Armenia, Ethiopia, Kazakhstan, and South Africa. 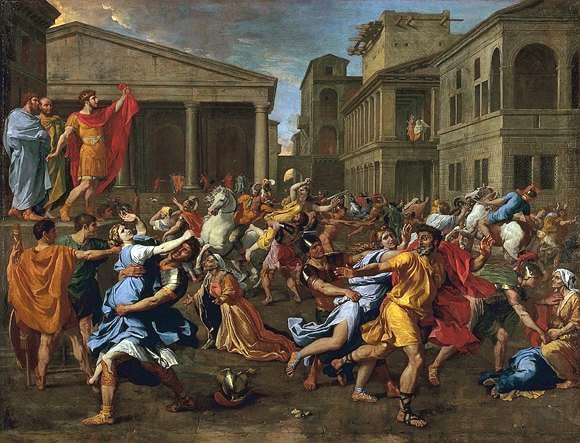 6. Oh, and the best man was chosen based his combat and kidnapping skills. 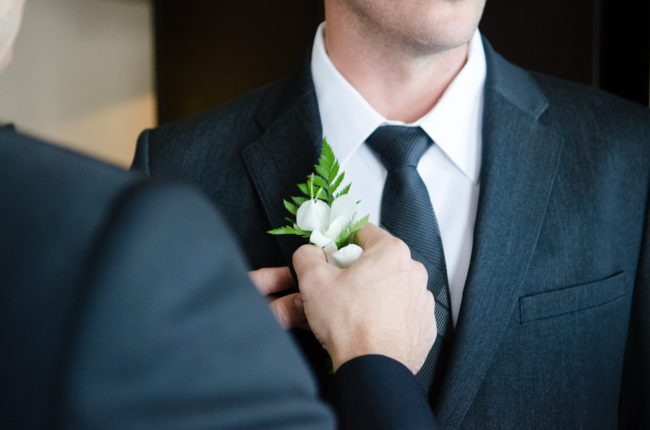 7. The bride stands on the groom’s left side during the wedding ceremony because he used to need his right hand free to fight off other suitors. 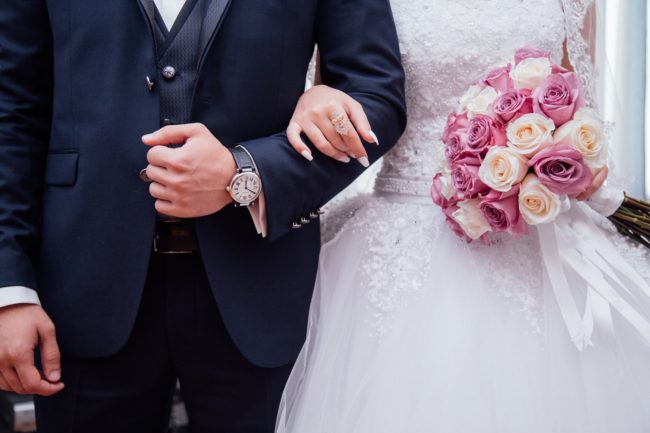 8. Back in the day, fathers basically owned their daughters. Walking them down the aisle and giving them away to the groom was a way of transferring ownership. 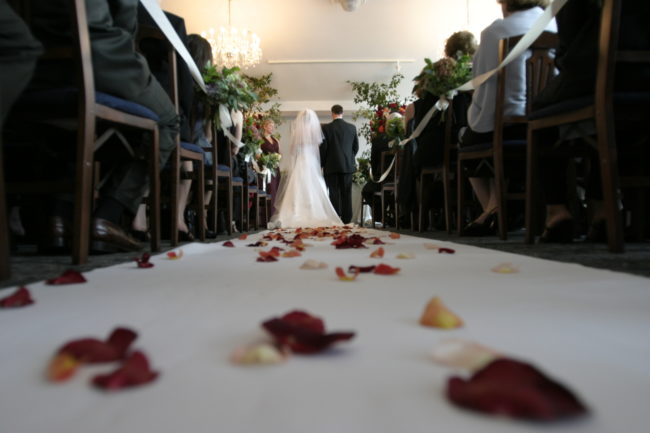 9. In Ancient Rome, bridesmaids wore the same dresses to act as decoys for the bride, who also dressed the same. Happy events such as weddings were believed to attract evil spirits, so the idea was to make it harder for them to be able to tell the women apart. 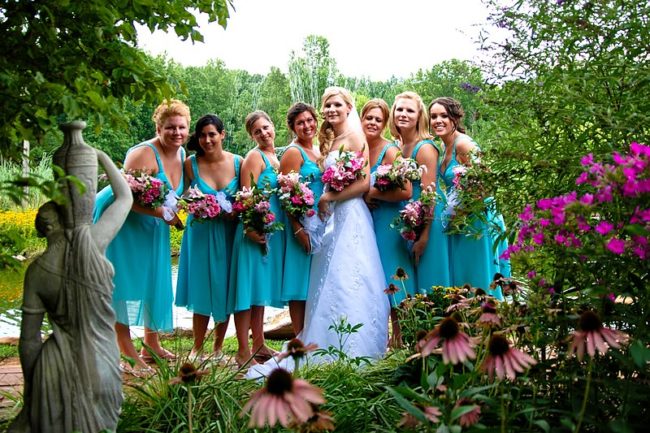 10. In the Middle Ages, wedding guests would rip the clothes off the bride as a gesture of good luck. To save her dress from being destroyed, the bride would throw her bouquet as a distraction. 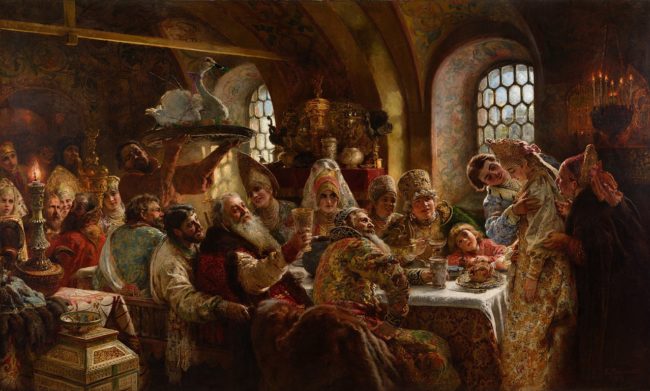 11. The bouquet used to be made out of pungent herbs and spices, including garlic and rosemary, to ward off evil spirits. 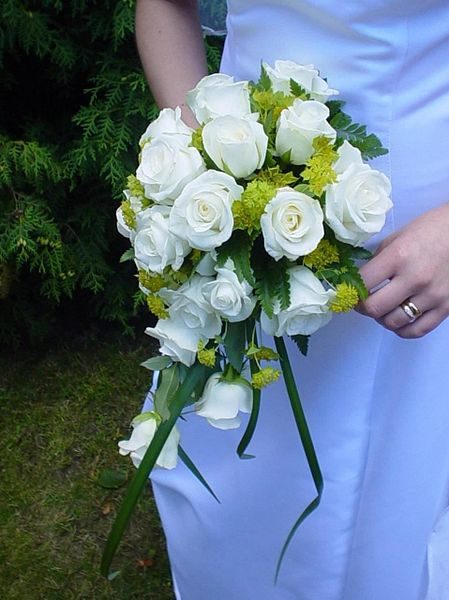 12. Tiered wedding cakes came from the tradition of stacking buns in a pile in front of the newlyweds, who were then challenged to kiss each other over the tall stack. 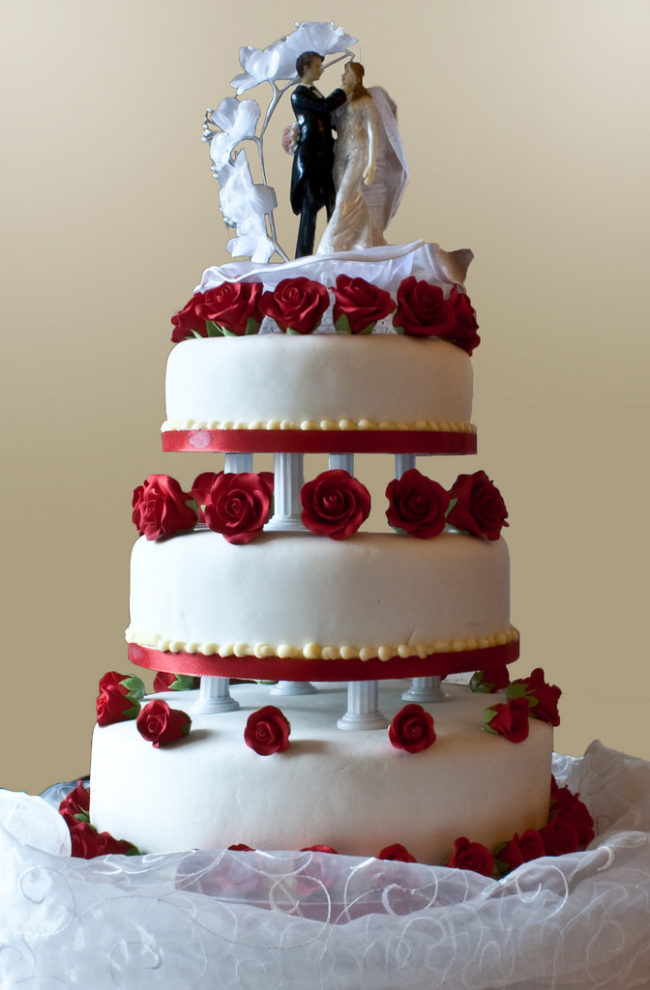 13. Ancient Romans carried their brides over the threshold to protect them from evil spirits that wanted to enter their bodies through the bottom of their feet.

14. Tying cans to cars originated in a French custom called charivari, in which grooms basically apologized for stealing a girl from other suitors by throwing midnight parties. 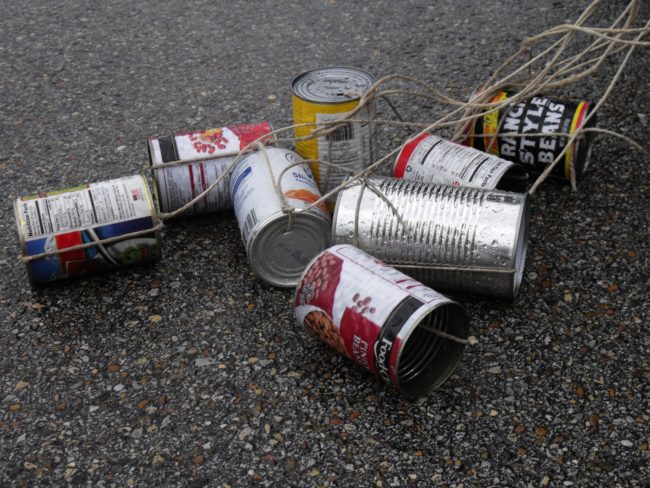 15. As a wedding gift, ancient Norse newlyweds received a month’s worth of mead from their friends and family. Mead is made from honey and a month is one moon cycle. Pair them and you have the word, “honeymoon.” 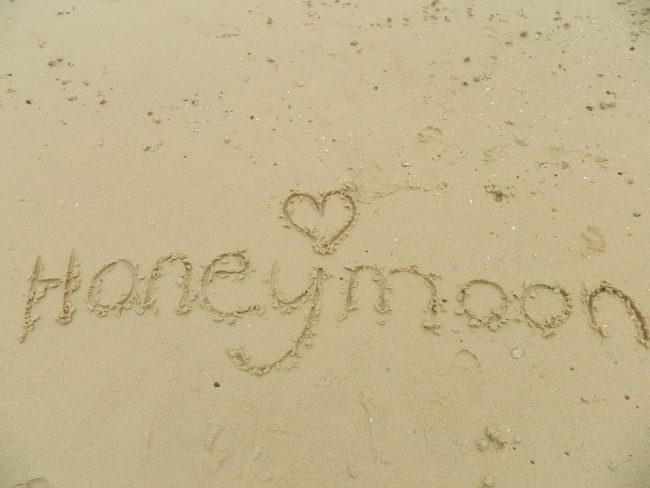 Well, this all certainly puts our trivial wedding stresses into perspective, doesn’t it? As a woman, I’m so glad I live in the 21st century.