She Came Home And Saw Balloons All Over Her Yard. That’s When She Started Bawling.

Dozens of red balloons have been popping up all across the country thanks to enthusiastic fans of the recent Stephen King remake, “It.” Fortunately, however, the reason this woman was brought to tears over 101 red balloons has nothing to do with a scary clown.

Laura Stegenga, a hardworking mother of two, was dealt a devastating blow when she was diagnosed with stage 4 breast cancer back in July. As a result of her diagnosis, Stegenga and her team of doctors made the decision that chemotherapy treatment was her best chance at survival. As the Minneapolis mom arrived home last week from treatment, she saw something that made her weep.

When Stegenga pulled in the driveway, she discovered 101 heart-shaped red balloons scattered across her front yard. 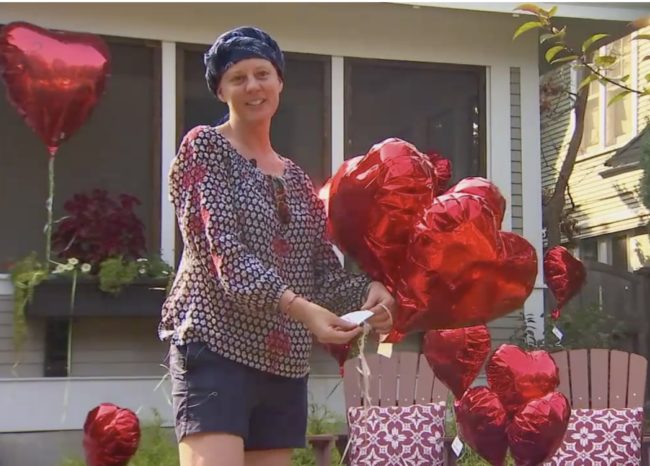 The balloons were part of a special surprise set in place by her neighbors and orchestrated by their local mail carrier, Michele Slack. 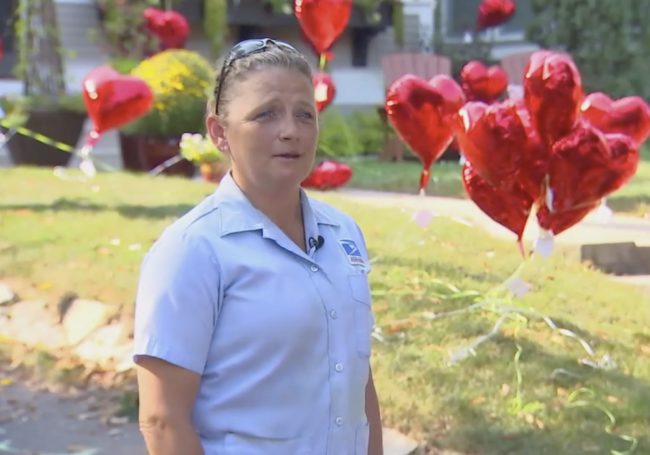 Like Stegenga, Slack is also overcoming a battle with cancer and knows the struggles of trying to raise a family and go about life while undergoing treatment. 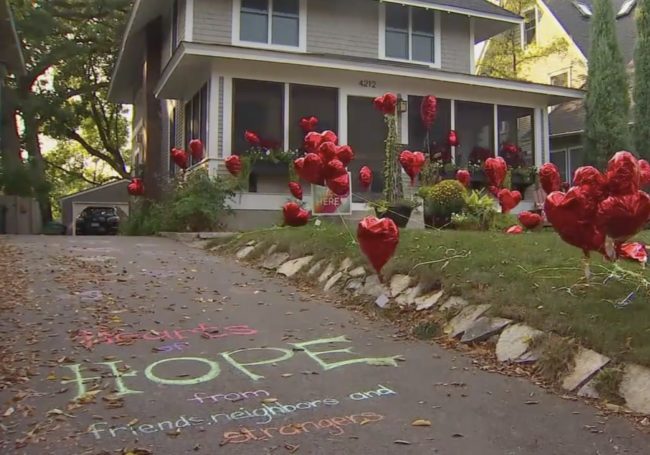 In addition to the balloons, Stegenga was flooded with dozens of cards containing gift cards and cash donations that the woman hopes to use to offset the expenses of her treatments. We send this strong mama all of our love! Learn more in the video below.

Isn’t this story amazing? When times get tough, it’s important that we all stick together and rally around the people who need us most.