Moms face judgment from all sides both online and in real life.

No matter how you choose to parent, someone else will have a different idea of how you should be disciplining your children. For the most part, people know to keep their opinions to themselves, especially in public. Unfortunately, there are a number of people that feel the need to confront parents with “advice” when they’re just going about their days and minding their own business. What they don’t realize is how hurtful interactions like these can be.

One woman is speaking out about her experience and sharing her parenting struggle, and it’s inspiring others.

Taylor Myers is a young mom with a son and daughter. Her daughter has ADHD, which can make her difficult in public sometimes. 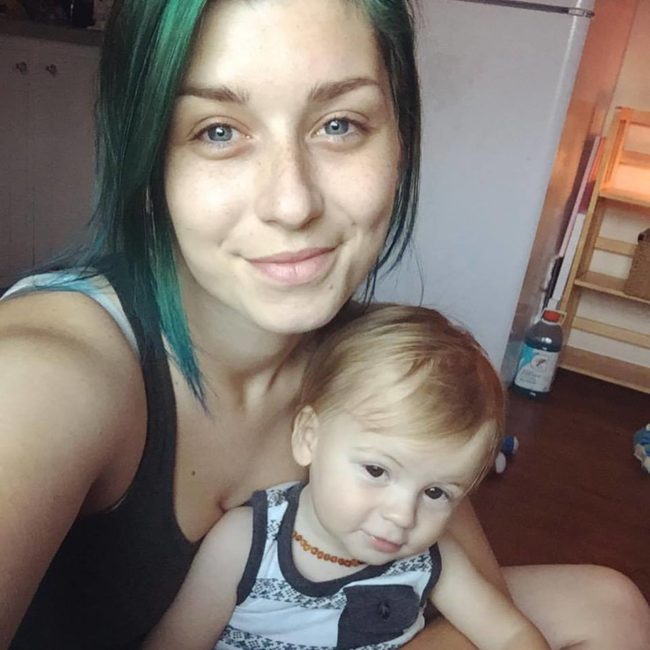 She’s learned to ignore her daughter’s tantrums and not give in, but recently one woman in line at Walmart decided to chime in with some “advice.” The woman clearly just wanted to quiet the girl because she was annoyed. 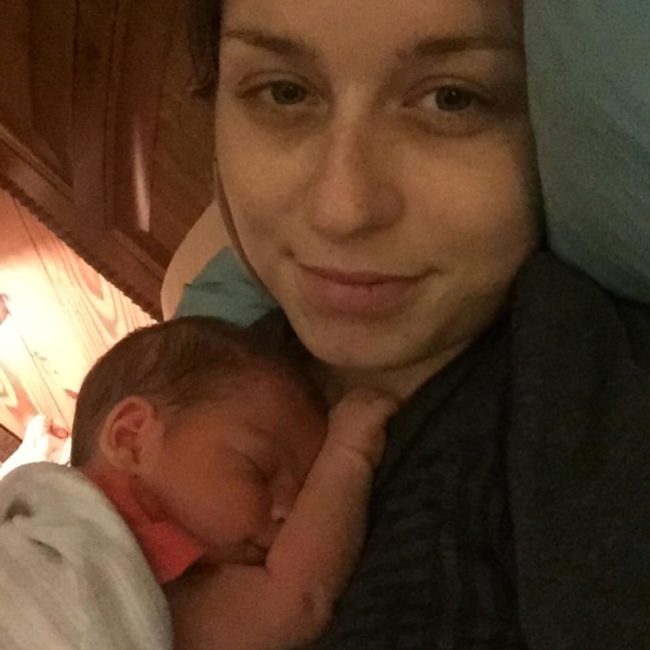 Myers says she reacted badly, but the photo she posted from the car afterward showed just how upset the incident made her — and the kids. 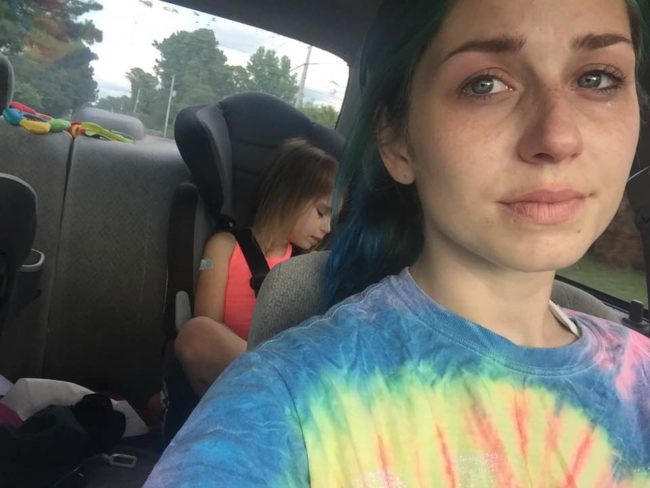 There was one saving grace in this incident, however, and it was a woman who came over to walk with them out of the store afterward. Read the whole post below.

It finally happened. As I stood in the customer service line of Walmart to cash my paycheck with a cart of groceries(and some wine), Sophie sat/stood/did heads stands in the cart, whining over a bag of chips I took away and because she called me a butthole in line. She’s relentless. I know this. I live with it. Her ADHD and obsessive little heart gets on these subjects of things she finds unjust and wrong and it doesn’t stop until she eventually falls asleep or something very dramatic happens to snatch the attention off the obsessed about subject.

We stood in line for several minutes, me ignoring her whining and refusing to give in. What’s giving in to bad behavior going to do but reinforce the bad behavior? I’ve walked out of stores hundreds of times because of her. Almost every time, actually, I end up leaving with nothing I came for and a tantrum having four year attached to my hand and a baby on my hip, but this time I had to stick it out to get the groceries. I tell her for the tenth time to sit down so she doesn’t fall and the next thing I hear is a woman behind me in line saying, “Oh, for Christ’s sake give her a cookie so she’ll shut up!”

I could’ve responded in a nicer way. I could’ve explained to her that my four year old has pretty severe ADHD, I raise both my children alone, I’m doing my best, and had no choice but to wait it out for the groceries. Instead, I heard, “She’s four years old and you need to mind your own f***ing business” come out of my mouth. I kept my composure until I finished what I was doing and walked to self check out so I could avoid facing anyone else as “that person.” The person with the misbehaving child. The person who seems lazy because they’re ignoring the behavior. The person who knows doing anything but ignoring it is only going to make it worse.

By the time I made it to self check out, tears are pouring down my face. I’ve lost it. I’m angry, my feelings are hurt, I’m offended, and I’m just freakin sad that I can’t have one good experience in a store with my children. As I scan my things, a woman walks up and begins to talk to Sophie. She asks her questions to distract her, but backs me up when Sophie begins to go on about wanting the chips. “No, you can’t have those today. You have to be good for your mommy. She needs you to be good for her. I have a little girl just like you. How old are you? How old is brother?”. Honestly, this woman could’ve been the antichrist and I would’ve had more appreciation for her kindness and compassion than I have for anyone else I’ve ever encountered.

It only takes one comment to break someone down. You never know what someone’s going through. You never know the problems a child has that causes them to misbehave and unless you know the struggle of being a parent to a child like mine, you cannot judge me. But It also takes one small act of kindness to make a mama feel comfort and validation. Thank you to the woman in Walmart today, for showing that kindness to my children and I. Thank you for walking us out. Thank you for backing me up. Mamas have to stick together.

We should all take into account how difficult moms’ jobs are when we see a child acting up in public. This is a good reminder that everyone is dealing with something different and that the surface doesn’t always show the whole story.