There are so many animals out there who need our help, especially street dogs.

Street dogs are common in countries like India, and the downside is that sick pups often don’t get the care they need because they don’t have owners. Fortunately, there are rescues like Animal Aid Unlimited working to rescue these dogs when they’re down in the dumps.

One of their success stories, Edward, was on the brink of death when he was found, but wait until you see him now!

Edward had an advanced case of mange, and he had curled up behind a concrete block, essentially waiting to die. He wouldn’t have lasted much longer without the help of rescuers. 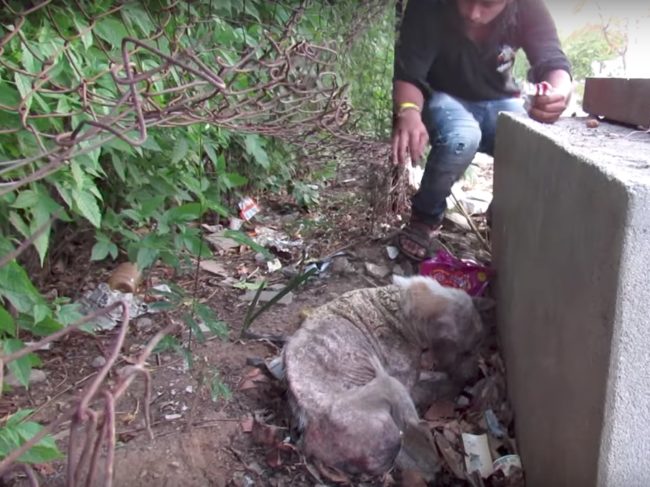 It was so severe that it took eight weeks of medicated baths to clear up mange at this advanced stage. Still, Edward stuck through the treatment, getting better day by day.

Look at him now! Who knew all those spots were under there? He seems like the absolute sweetest doggo.

Watch his entire journey below. Watch until the end to see him playing!

Thank goodness rescuers were able to help! This is one more beautiful soul that will live out his days without more suffering.