Getting an allowance is a big deal for children.

Parents who institute allowances usually do so to reward work around the house and chores. It can help kids learn how to save and budget their money, and they work really hard to earn it, especially when they want something specific.

When Erian Pierre noticed that one of her classmates was being bullied, however, she decided to do something else with her hard-earned cash.

Erian bought school supplies for a boy in her class who was bullied for not having his own. 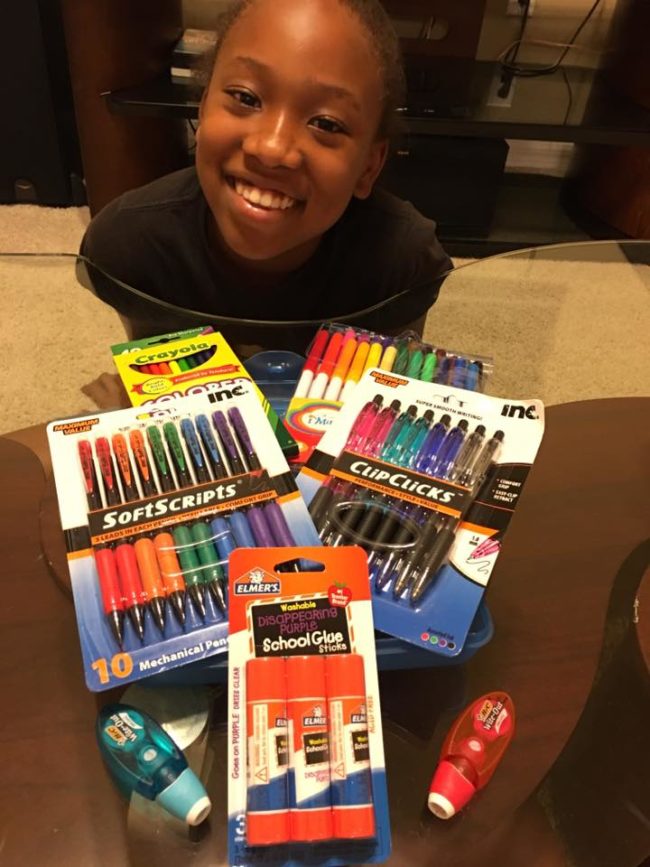 Erian’s sister Christan was so impressed with her selflessness that she posted about it on Facebook:

So there is a boy in my little sister’s class who gets picked on by her classmates. He sometimes asks them if he can borrow some of their school supplies so he can complete his assignments. And instead of sharing, like most of us would do, they would either ignore him, pretend they don’t have it, or just say no all together. One of the students even shouted out “Stop giving him stuff!”… Witnessing all of this, my sister took it upon herself to help him out. She used her last bit of allowance and bought him school supplies so he doesn’t have to worry about asking those who refuse to help him.

This just reassures me that the world isn’t all bad. I love this girl so much. She has a heart of gold and I feel that a lot of people should learn from her. I’m proud to call her my home base.

What an amazing girl! We should all be so kind and generous.