These 7 Sniper Stories Are Crazier Than Any Hollywood Blockbuster (OMG)

Since its release earlier this month, the movie American Sniper has been stirring up nonstop controversy (on both the left and right). While the pundits debate different aspects of the film, the core of Chris Kyle’s story remains true. But Kyle’s story isn’t the only amazing real life sniper story out there. Wait until you hear about these seven guys. 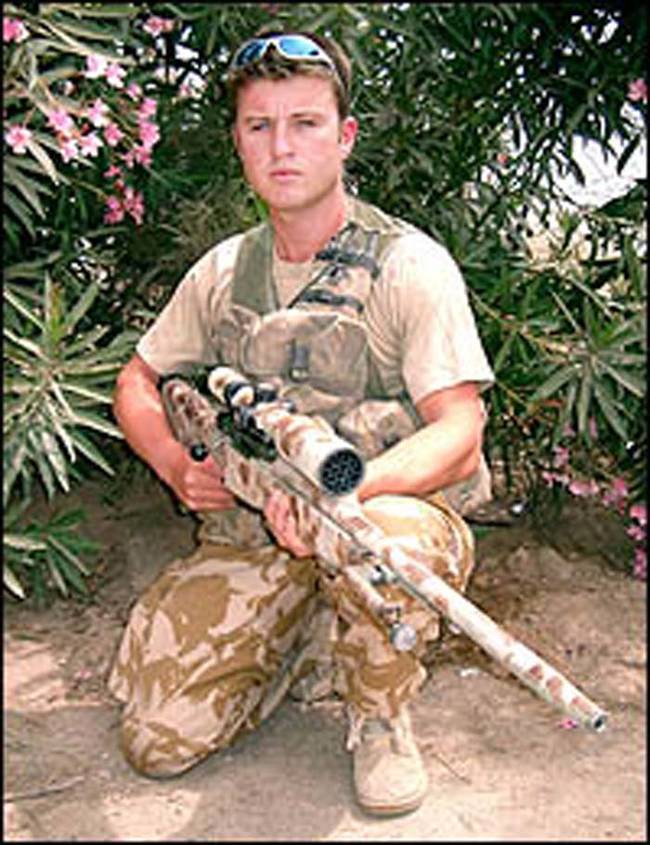 During the invasion of Iraq in 2003, Matt Hughes was a Welsh Royal Marine sniper. Hughes was assigned to remove two Iraqi soldiers who were holding up the offensive. There was only one problem, they were very far away (about 0.5 miles) and the wind was blowing hard.

Hughes was not about to abandon his mission. So, to compensate for the wind and the distance, he aimed his rifle 56 feet to the left and 38 feet high. By some miracle, Hughes actually managed to land the shot, and struck one of these Iraqis in the chest.

Mike Plumb was a SWAT sniper. One day, his unit was called to the scene of a suicidal man. The man was sitting in the middle of the street with a snub nosed revolver pressed to his chin. Every time police approached, the man became aggitated.

Somehow, Plumb was able to line up the shot from over 500 yards away and shatter the man’s revolver while he was still holding it. 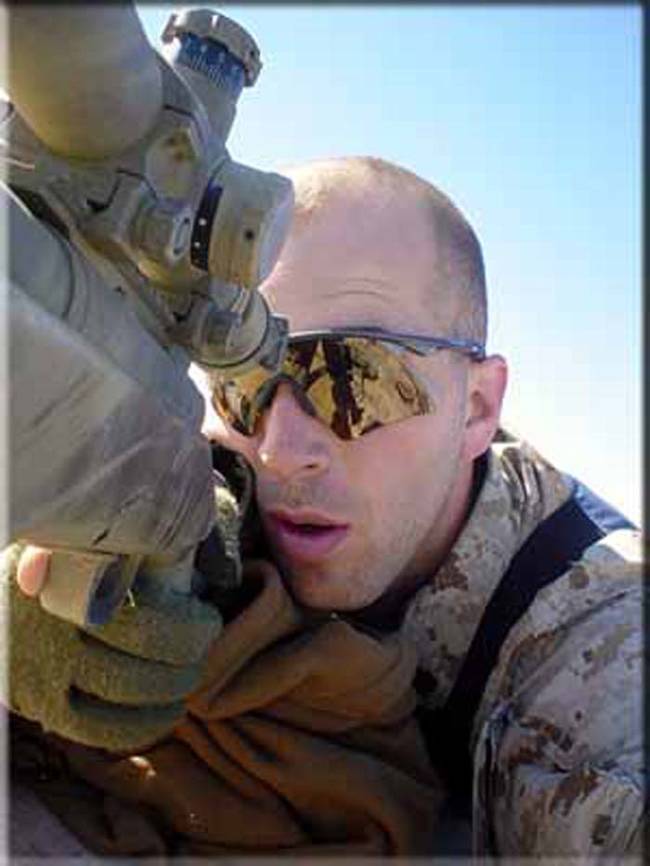 Marine sniper Steve Reichert earned himself the Bronze Star for killing three insurgents in Iraq by literally shooting them through a brick wall.

In April 2004,Reichert was providing cover for a group of Marines on routine patrol when they fell under heavy attack. He was a mile away and watching everything. That’s when he spotted a group of three insurgents sneaking behind a wall to ambush the Marines.

They slipped behind the wall before Reichert could line up a shot. So, he did what any good soldier would do. He approximated their location behind the wall and squeezed off a shot. This particularly unlikely shot actually managed to kill all three insurgents. One was killed by the bullet. The other two were killed by the resulting shrapnel. 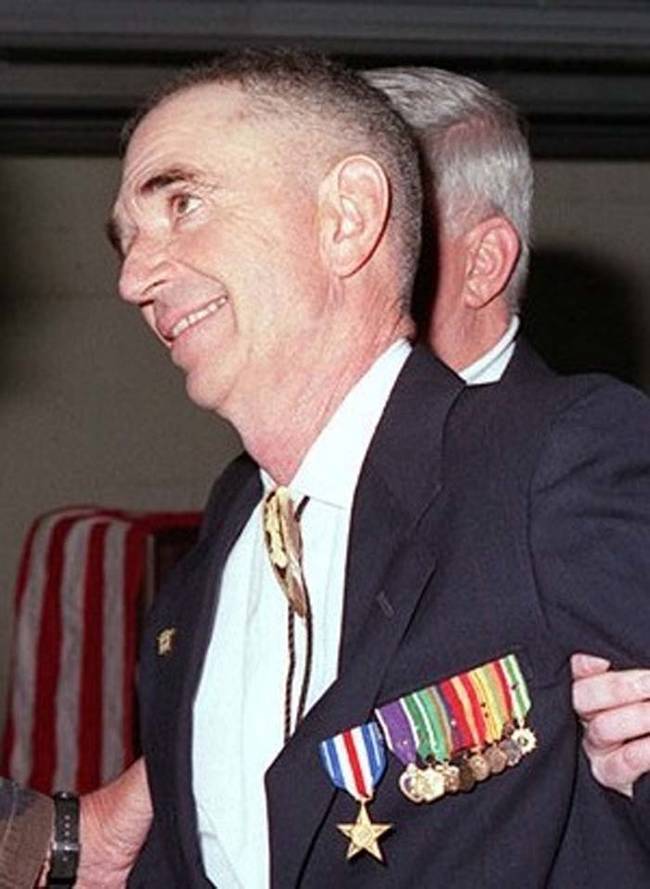 Carlos Hathcock made a name for himself as a sniper in Vietnam. During his two tours in Vietnam, he killed enough enemy soldiers to have a $30k bounty placed on his head by the North Vietnamese. That large sum of money was very tempting to one unknown Vietnamese sniper who decided he would be the one to kill Hathcock.

This particular enemy sniper set a trap for Hathcock. He drew him out of camp by killing several fellow Marines. Instead of running, Hathcock dropped and made slow, painful progress toward where he thought the enemy sniper was hiding. Hathcock was careful to keep the sun behind him the whole time.

This proved to be the move that saved his life. As he was going, Hathcock saw a brief flash of light. Within the span of a second he had lined up and fired off a shot toward the flash. That flash was the scope of the enemy sniper. Not only did Hathcock manage to kill the sniper, his shot actrually went straight down the sniper’s scope.

Corporal Horse Craig Harrison managed to set a new sharpshooting record by killing two insurgent gunners in Afghanistan from 1.5 miles away back in 2010.

Harrison had the benefit of perfect sniping weather (no wind and clear visibility). From his post, Harrison saw the two gunmen approaching. Without hesitating, he lined up his shots and let loose, despite the targets exceeding the maximum range of his rifle by 3,000 feet. 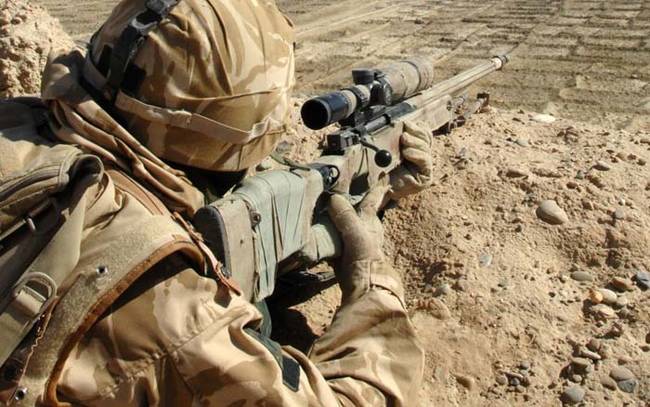 An unknown British sniper in Afghanistan is credited with one of the most deadly kills in military history. He managed to kill 6 Taliban insurgents with only a single bullet.

While British and American forces in the area were carrying out an operation in late 2013, this particular sniper saw a suspicious group of men approaching the area. From 930 yards away, the sniper fired. One of the men in his sights was wearing an explosive vest. The bullet tripped the vest and killed all six men. 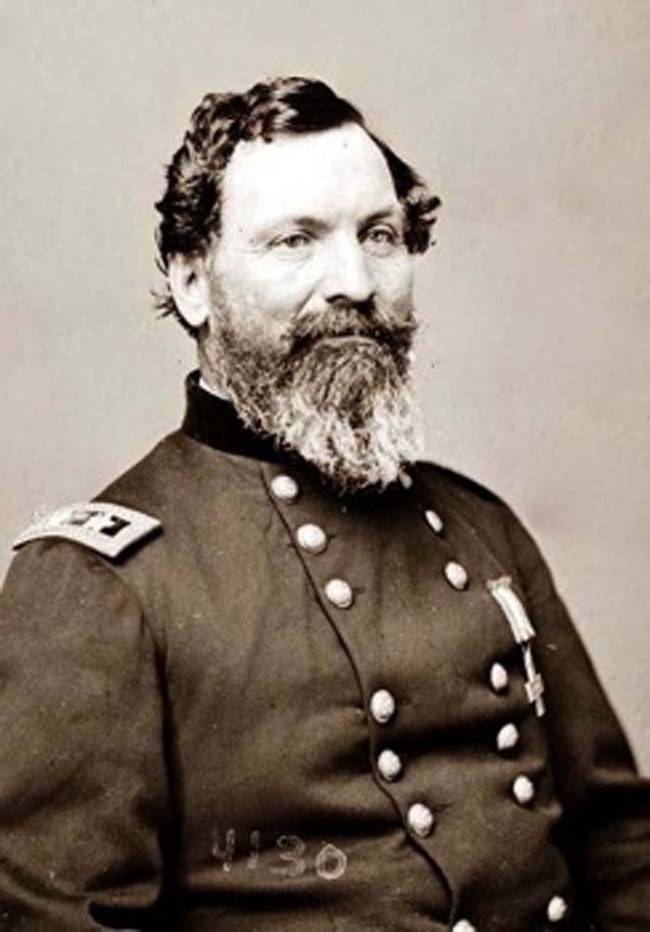 In 1864, Union General John Sedgwick (pictured above) was killed at the battle of Spotsylvania. Sedgwick became the highest ranking Union casualty of the Civil War. He was killed by Confederate sniper Sgt Grace.

When the battle began, Confederate sharpshooters were causing chaos among Sedgwick’s men, forcing them to flee and find cover. Famously, Sedgwick refused to do the same. He is said to have shouted at his fleeing men:

“What? Men dodging this way for single bullets? What will you do when they open fire along the whole line? I am ashamed of you. They couldn’t hit elephants at this distance.”

Mere moments after Sedgwick finished yelling at his men, he was struck by Grace’s bullet just under his left eye. Grace had fired the shot from over 1,000 yards away, which at the time was thought to be an impossible distance.

Geeze I would not want to tangle with any of these snipers. Especially Steve Reichert, he can see through walls.