A Dad Saw A Girl Dangling From A Ride. That’s When He Did Something So Heroic.

At most amusement parks around the country, the sky lift or gondola-style rides are meant to give patrons a bird’s eye view of the park.

However, one 14-year-old girl received national attention after an afternoon ride alongside her younger brother turned into a dangerous fight for her life.

The teen and her brother were riding the Sky Ride at Six Flag’s Great Escape Saturday afternoon when she appeared to have slipped underneath the safety bar, leaving her dangling nearly 25 feet in the air by her neck.

Below she can be seen hanging on for dear life as her brother fearfully shouts out for someone to come save the day. 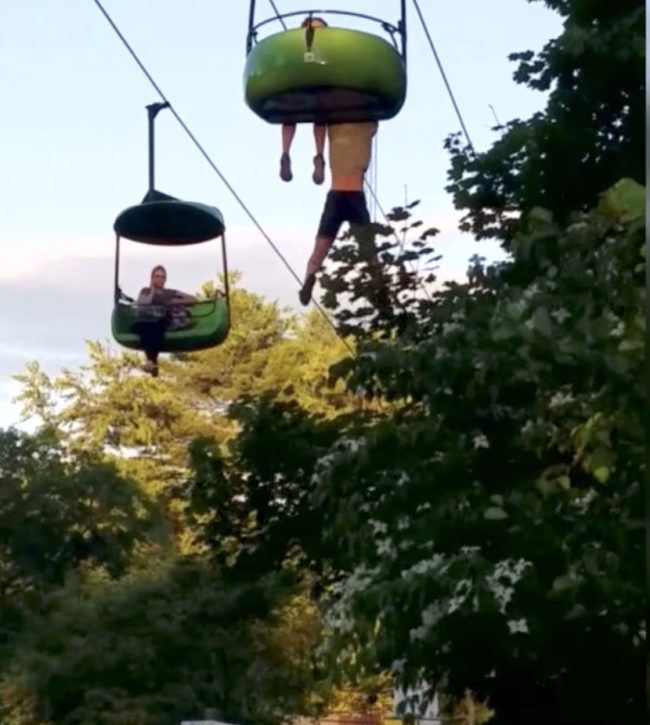 It eventually got to the point where she couldn’t hold on anymore. 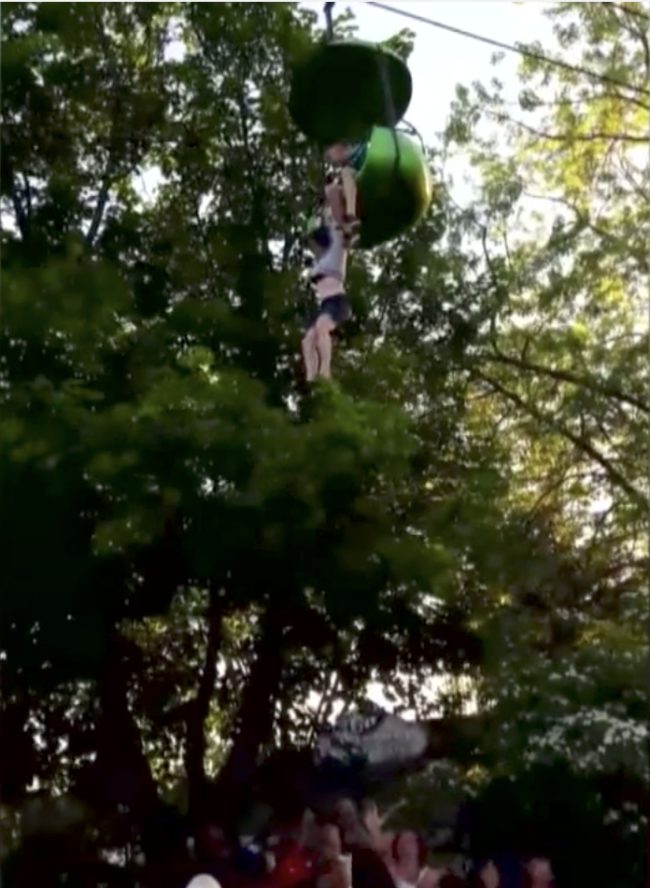 But when she fell, a kindhearted hero named Matthew Howard was there to catch her. Watch as he’s brought to tears while retelling the story to Inside Edition.

This could have ended so badly. Thank God this man was there to rescue her! Share if you or someone would know would have leapt into action like this.