When This Guy Got Stuck In An ATM Room, He Did The Most Ingenious Thing Ever

If you were withdrawing money from an ATM and received a handwritten note asking for help, you’d probably assume that you were being pranked.

Customers at the Bank of America’s ATM in Corpus Christi, Texas, thought so too when they saw notes coming out of the receipt slot from someone claiming to be stuck inside the machine — but it turned out to be true.

A contractor had been changing out an electronic lock inside a room connected to the ATM when he realized he was stuck in there.

Without his phone or anything else to communicate with, he wrote little notes and slipped them out through the receipt slot, hoping customers would help. It’s a damn good thing he had a pen!

The people who received them assumed it was a joke at first until one of them called the police. 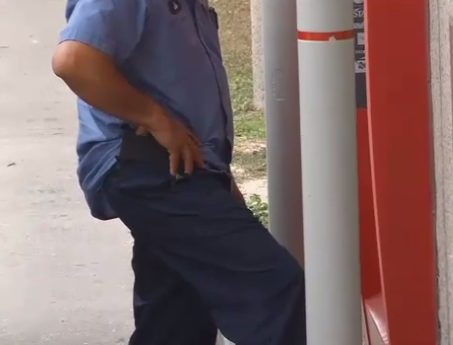 But when police got there and kicked down the door to the room, they found the man inside. For more information, check out the video below.

To be honest, I’m not so sure I’d have come up with such a good solution in his shoes. Share if you probably wouldn’t have, either!