Witness The Hair-Raising Moment Villagers Save A Drowning Baby Elephant

One baby elephant got more than it bargained for after stopping for a drink with its herd.

While trying to take a drink, the five-month-old calf took one wrong step and found itself clinging to life from inside a tank. Villagers were quick to notice the elephant’s trunk frantically reaching out and they jumped in to save the day.

It’s believed that the elephant fell into the tank after hearing a firecracker that was used to scare off other stray elephants from the village. 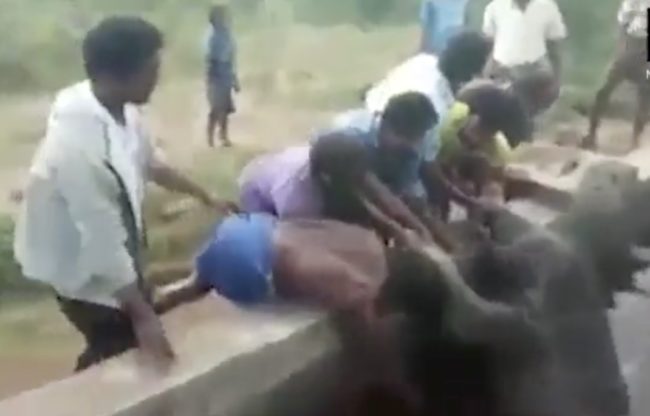 Six locals came to its rescue.

Before the elephant calf could thank them, they fled the scene so Mom didn’t attack.

After the dramatic rescue, the nugget was reunited with its family. Be sure to share this video with the animal lovers in your life!