This Sight Is Meant To ‘Entertain’ Diners, But The Truth Is Clearly Heartbreaking

Wild animals are often exploited for the benefit or entertainment of other people. Brown bears in Armenia are, unfortunately, no exception.

Across the former Soviet republic are captive bears housed in small cages at restaurants, bus depots, shopping centers and even factories. Many were caught as cubs and forced to spend their lives in these tiny prisons, all for the entertainment of tourists, diners, commuters, and shoppers. Thats why the non-profit organization International Animal Rescue (IAR) has launched The Great Bear Rescue, a mission to save them.

“Some have been living for years in small, barren cages, surviving only on scraps and filthy, stagnant water and standing on stinking mounds of their own feces,” said IAR Chief Executive Alan Knight. 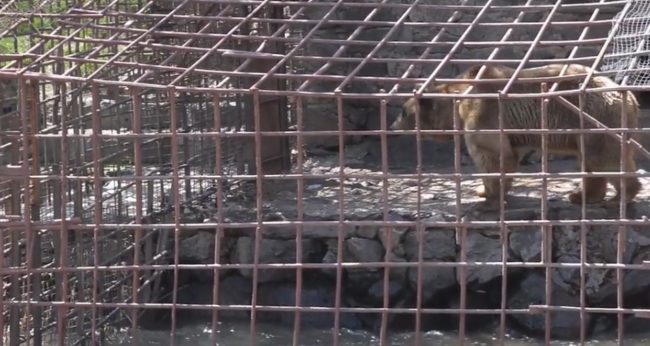 “Many of them relieve their boredom and frustration by pacing endlessly to and fro, banging their heads against the walls or climbing up the bars, searching frantically for an escape route.” 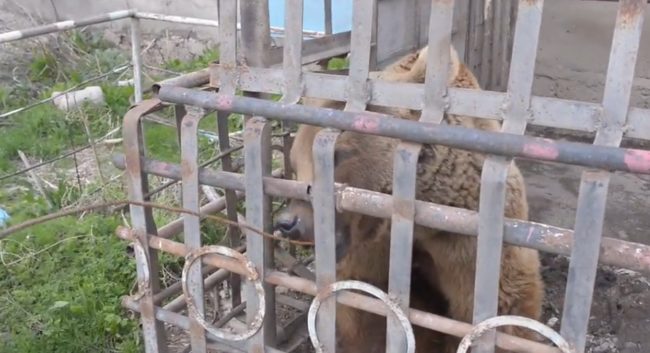 “They have been robbed of their dignity and their freedom, all for people’s idle entertainment. It sickens me.” 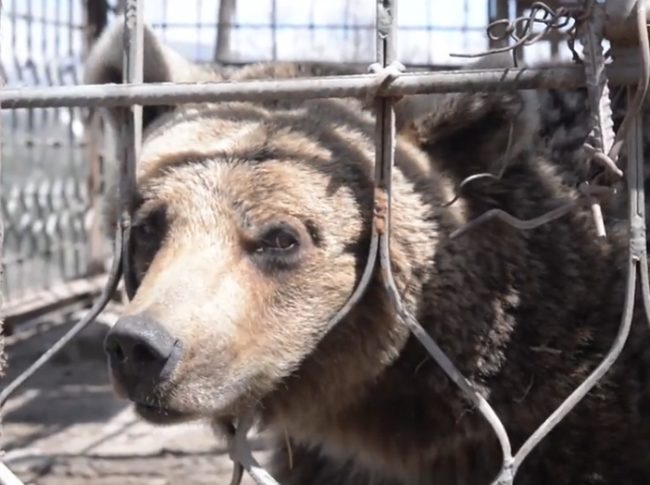 No bear should ever have to live like these do. Watch the heartbreaking footage below.

With the support of the Armenian government, IAR hopes to rescue at least 80 bears, covering their transport, care and rehabilitation. Some won’t be able to be released back into the wild, so the organization is also planning to build a sanctuary where they can live their lives in peace. If you’d like to help them with their mission, you can donate here.