‘Let’s Do This.’ Abusive Teens Attempt To Hang Biracial Boy In Modern-Day Lynching

Last month, an eight-year-old biracial boy was taken to the hospital following a disturbing altercation with teenagers in Claremont, New Hampshire.

According to the boy’s grandmother, Lorrie Slattery, he’d been in a backyard with other children when the teens started taunting him with racial slurs. After that, they got on top of a picnic table and grabbed rope connected to a tire swing. The rope ended up around the little boy’s neck. What happened next could have killed him.

“One boy said, ‘Let’s do this,’ and then pushed him off the picnic table and hung him,” Slattery said. She also said he swung from his neck three times before he could free himself. 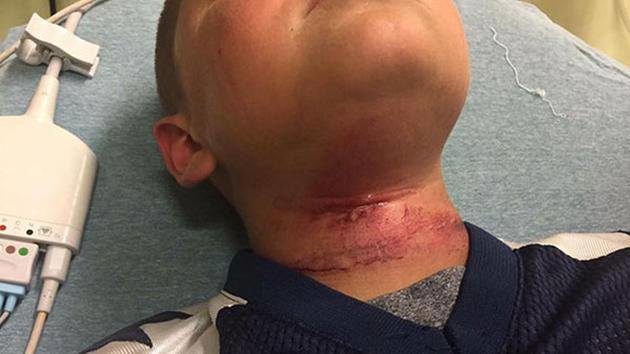 For more information about this story, check out the video below.

The boy has since been released from the hospital and is back in school, but things could have ended so much worse for him. Claremont Police Chief Mark Chase says his department is currently investigating the incident.