Giving birth is an incredibly special moment for new parents, so it makes sense that they’d want to capture the moment on film.

Birth photographers can free both parents up to focus on the arrival of their bundle of joy and still have beautiful pictures of the event. Generally speaking, these photographers are respectful and even joyful about the birth process — after all, they’ve committed to commemorating others people’s happiest moments.

That’s why it’s so surprising that someone who helps new parents could be as insensitive as one photographer who recently responded to a mother’s request for their services with disgusting comments about Cesarian sections. We only have a snippet of the conversation, but it appears that the photographer was denying their services based on the method of birth the mom-to-be scheduled.

The exchange shows the pregnant woman explaining that she didn’t “opt” for a C-section. She continues, “I had no idea birth photographers discriminated [against] people for how they birth their babies…” 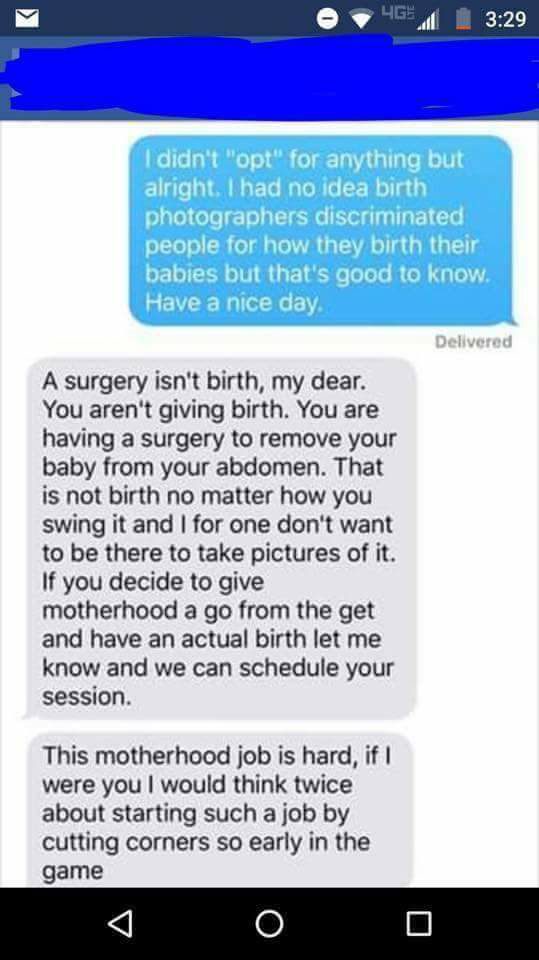 Read More: They Cut Their Gender-Reveal Cake Open, And They’re Having A…Nothing?

The photographer couldn’t leave it at “Have a nice day,” however. Instead, they continued making insensitive comments about the mother’s “choice.”

“A surgery isn’t birth, my dear. You aren’t giving birth. You are having a surgery to remove your baby from your abdomen. That is not birth no matter how you swing it and I for one don’t want to be there to take pictures of it. If you decide to give motherhood a go from the get and have an actual birth, let me know and we can schedule your session.”

The photographer continued berating the woman. They said, “This motherhood job is hard. If I were you I would think twice about starting such a job by cutting corners so early in the game.” 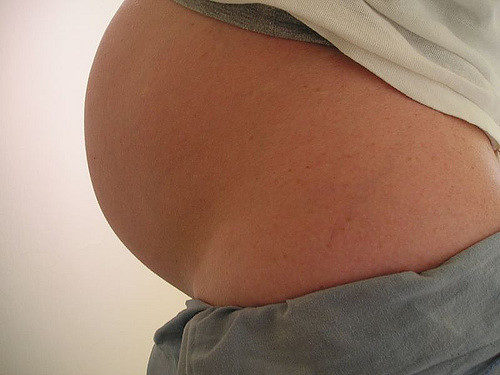 Read More: Woman Obsessed With Ex Threatened To Reveal Fake Rape And Pregnancy To Stay Together

This is so awful. No woman should berated for the way she gives birth, no matter if it was a decision or a necessity. Share this with all the moms you know.