If history has taught us anything, it’s that nobody likes a show off. As it turns out, neither do crocodiles.

In a shocking video recorded in Thailand, a crocodile trainer taunts a full-grown crocodile while putting on a show for a group of just six people.

The man can be seen poking and prodding at the angry croc after sharing stories with his audience about previous injuries he’d acquired over the years. You would have thought that losing a finger from a nasty crocodile bite would be enough for him to hang his hat and leave the lifestyle behind, but nope!

“Oh let me just piss off this crocodile. It’s not like he’s dangerous or anything.” 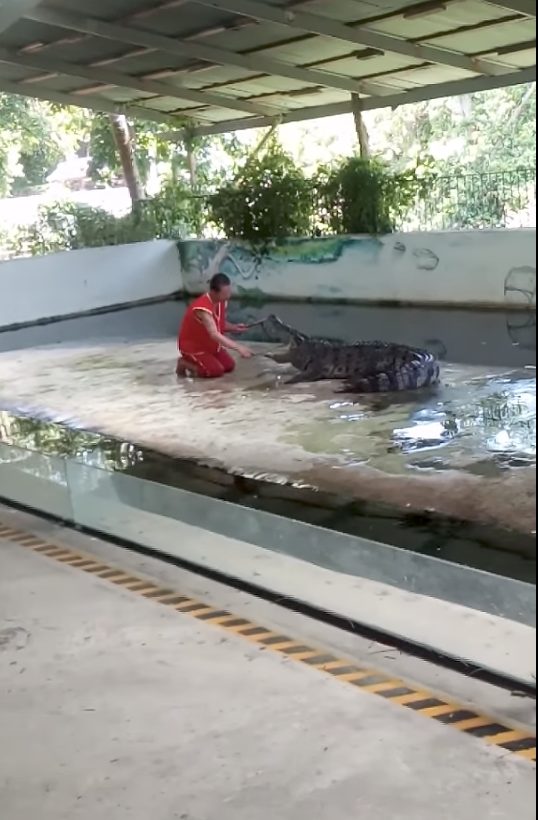 “You wanna see something incredibly cool and stupid? Of course you do!” 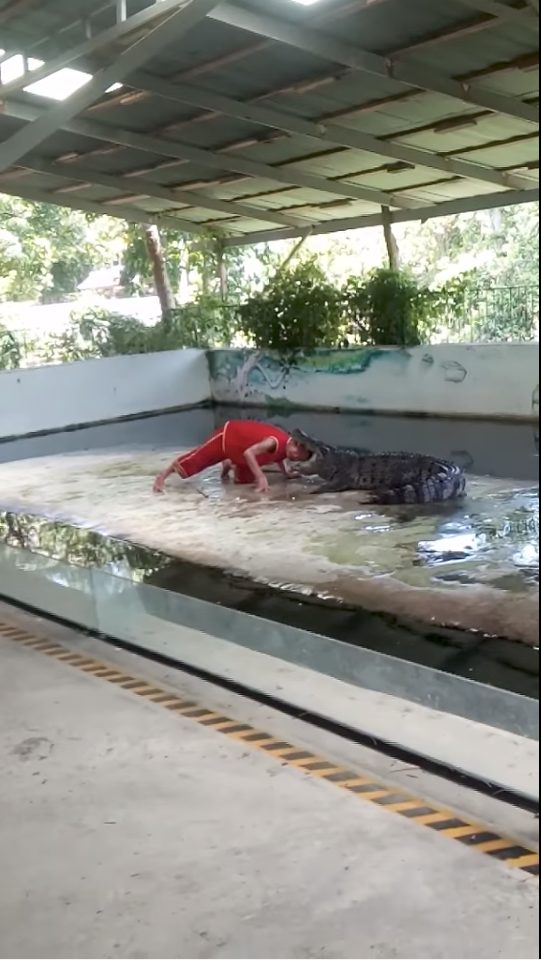 Check out the nonsense in this video.

I think it’s safe to say that this man finally learned his lesson and will be steering clear of crocodiles for the foreseeable future. Share this act of human idiocy to remind others that they’re not so bad by comparison.