This Fatal Disease Once Decimated Europe – And It Still Exists Today

The bubonic plague, or “Black Death” as it’s affectionately called, was a miserable disease that wiped out 30 to 60 percent of Europe’s population in the 14th century.

That percentage may seem vague, but considering the millions of deaths that occurred between1346 and 1353 alone, maybe statisticians of the time had other things on their minds.

Here are some mortifying facts about one of the world’s most devastating pandemics.

1. The plague killed 75 – 200 million people during the 14th century. At its highest estimate, that’s roughly the population of Brazil today. 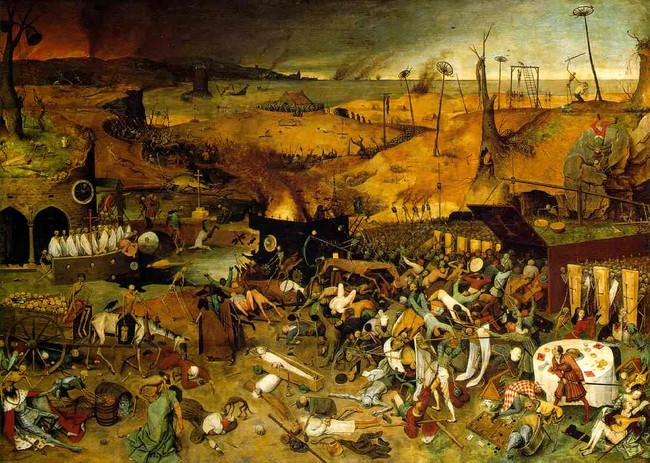 Please don’t get the plague, Brazil.

2. “Black Death” is a relatively new term. During the event itself, it was often called “the Pestilence”. 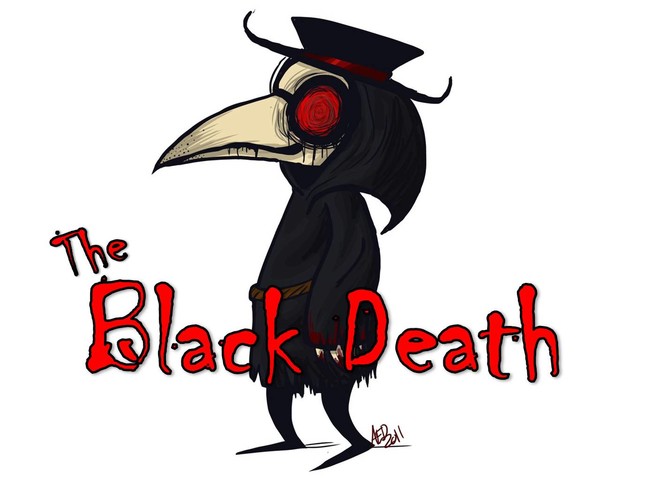 Is it just me or does that sound like an understatement? Oh, Britain and your sissy-sounding words.

3. Experts agree that the bacteria Yersinia pestis, which is found on the fleas that live on rodents, was the true cause of the plague. 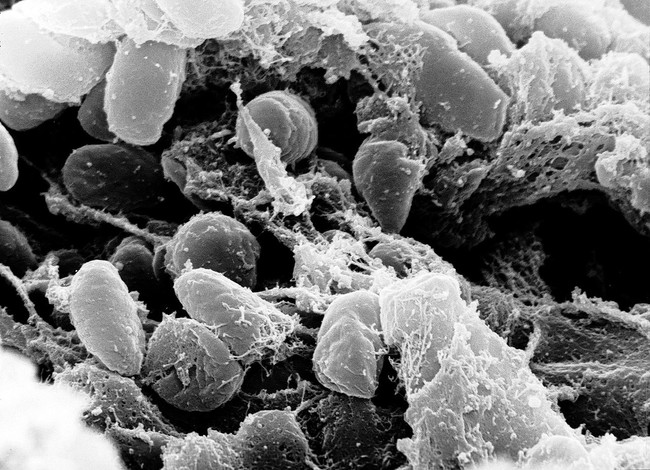 4. People of the 14th century believed that the plague was a punishment from God. Others thought the alignment of the planets had something to do with it. Most, however, blamed the eternal scapegoat: the Jews. 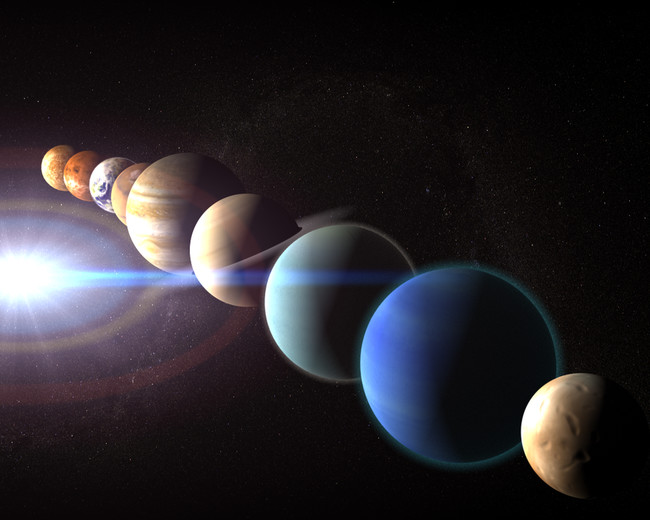 5. While the bubonic plague kills 30-75% of victims, 14th century Europeans should be happy they didn’t catch a pandemic of septicemic plague, which kills 100% of victims.

6. Bubonic plague causes the body’s flesh to die, turning it a lovely shade of acral gangrene. 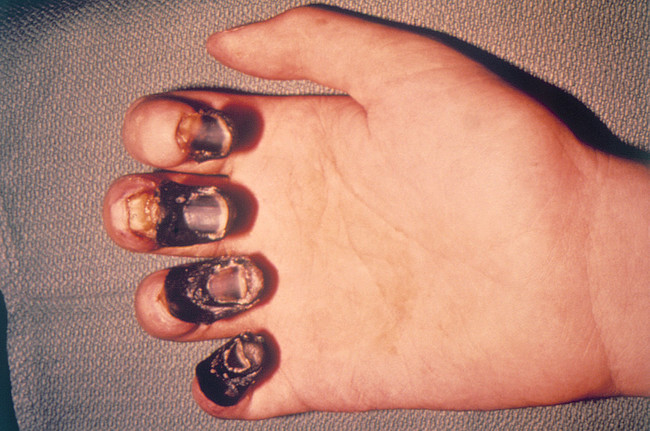 You know…”Black Death” and all that.

7. Most victims died within seven days of infection. 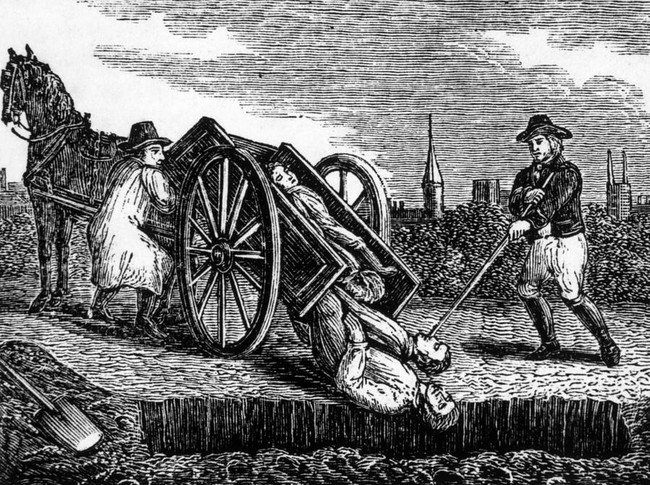 8. This is what plague doctors wore when they were treating patients. The beak was filled with sweet-smelling lavender to keep out the smell of, you know, death. 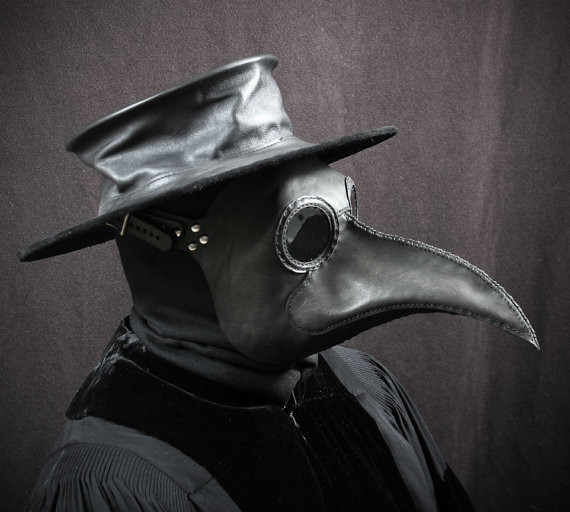 Europe truly was a land of nightmares back then.

9. Some medieval doctors believed bad smells would drive away the plague, and treated their patients with feces and urine. Needless to say, this did more harm than good. 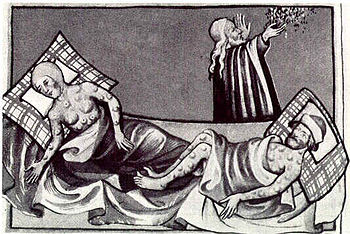 A good sign that your doctor is just lobbing up Hail Marys to find a cure is when he starts lathering you with poop.

10. After the plague, it took Europe’s population 150 years to recover.

11. Bathing was discouraged during the plague because people thought it opened the pores to the disease. 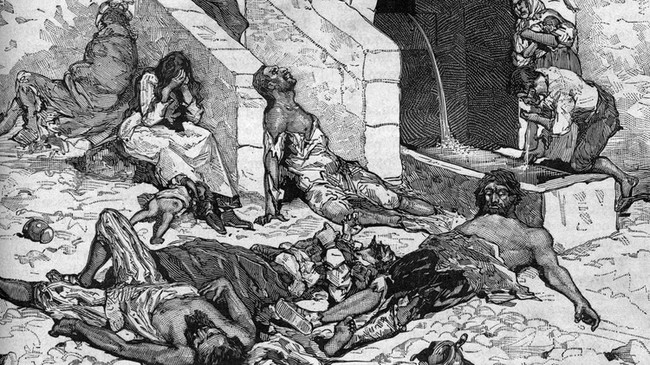 No one knows, however, why the French still to this day refuse to bathe.

12. The plague spread throughout Europe, and even as far as Iceland. 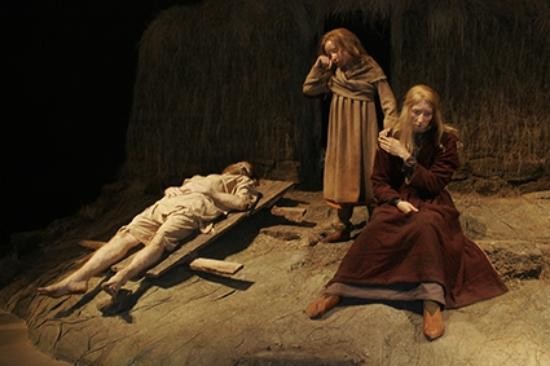 13. Finding a cure for the plague did eventually cause Europeans to adopt the scientific method, which later led to the Renaissance. 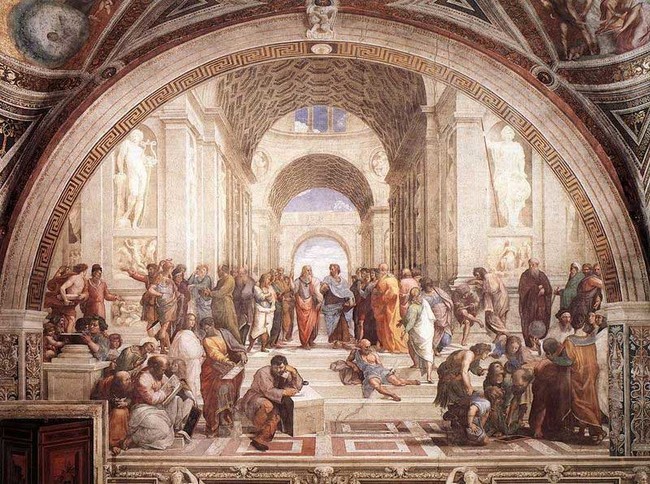 14. The Black Death wasn’t Europe’s first plague. The Plague of Justinian occurred in the 6th century, but killed a mere 50 million people. 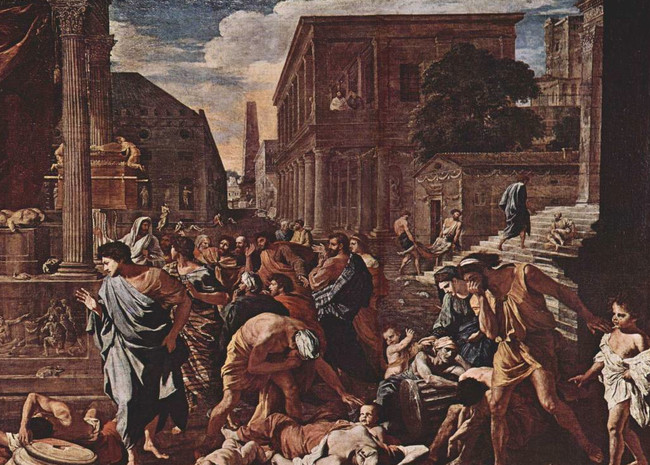 15.A third mass pandemic of the plague started in China in 1855, spreading to every continent and killing 10 million in India alone. 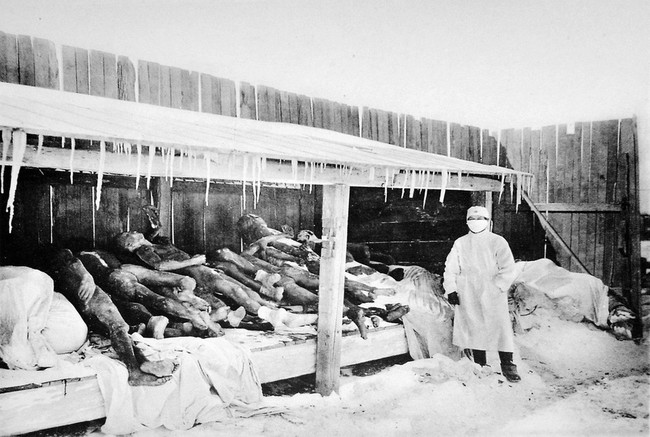 16. San Francisco had a mini-outbreak in 1900, but because of medical developments, only 113 deaths occurred. 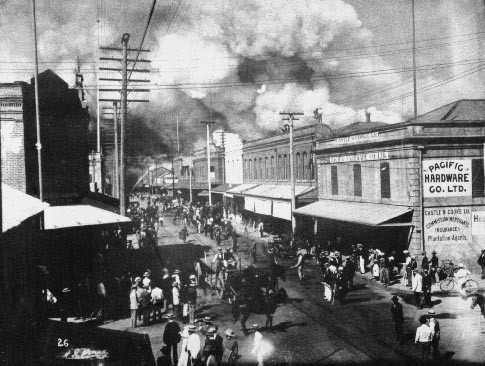 17. The bubonic plague still exists today. In fact, just last year there was an outbreak in Madagascar that was resistant even to modern antibiotics. 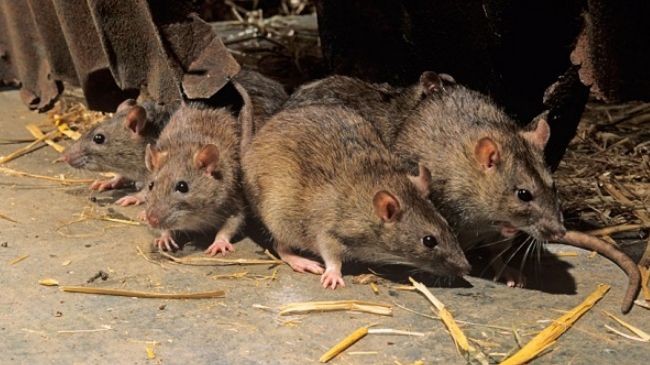 18. Flea-covered rats have long been blamed for the bubonic plague, but recent evidence shows that gerbils may have been the perpetrators of the disease. 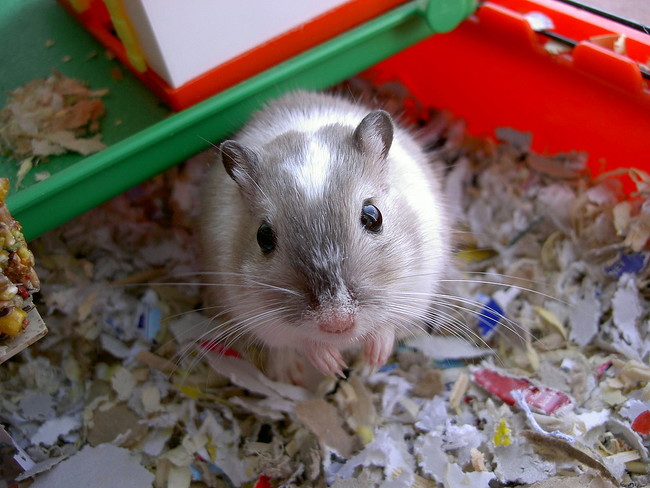 Look deep into the eyes of the true harbingers of doom.

The Black Death tapered off around 1350 due to improved hygiene practices, but the plague persisted in little spurts over the next few centuries. It may sound like an ancient disease, but people still get infected with it to this day.

My advice to humanity has always been to shower and stay away from gerbils, anyway.