We’ve all seen those dog owners who turn their animals crazy colors at the groomer.

That can be cute if it’s done by someone using certified and safe products, but most people would never even think to make their furry friends a bright pink or blue. That’s why it was so startling when animal rescuers in India came across some stray pups whose coats were neon blue. The reason why is totally heartbreaking.

The animals were seen turning blue after swimming in a portion of the river passing through Navi Mumbai, India. 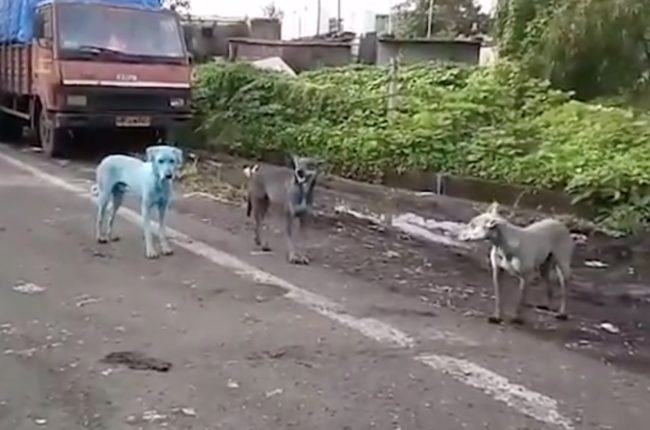 Animals often swim there in an effort to find scraps of food. Now that they’re coming out blue, concerns about the pollution being pumped into the water are rising. 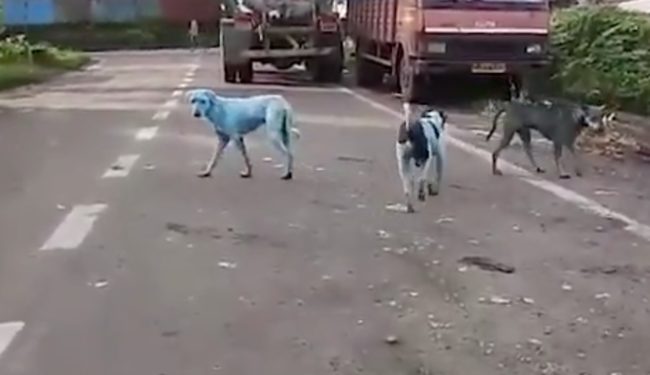 Over the years, there have been many complaints about the river, but locals say that only the stench has been reduced. The blue color could even be industrial dye used to make detergents. 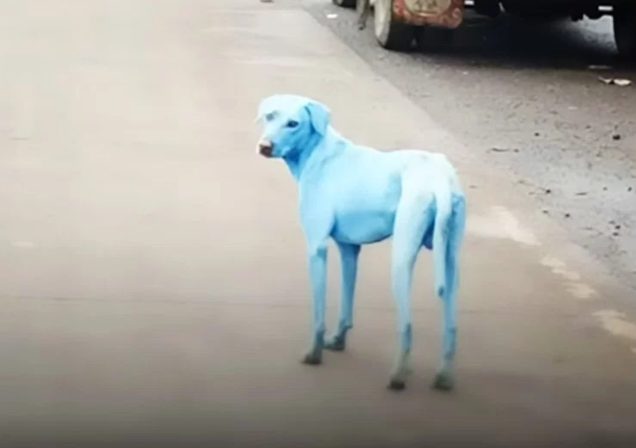 The Maharashtra Pollution Control Board (MPCB) ruled the waste treatment nearby was “inadequate” with the river water lacking oxygen and containing high levels of toxic chloride. Watch more of the heartbreaking scene below.

Hopefully the local government will finally do something about this dangerous pollution. These pups deserve a good home so they don’t have to go wading into this toxic water.