No matter how hard government services try to protect the rights of children, it’s inevitable that a few fall through the cracks.

A failing system is the cause of hundreds of kids having to endure months or even years of abuse. But rather than righting the wrongs, some government services instead choose to deny the neglect and turn a blind eye in favor of what they deem more serious cases.

This is exactly the case for three young boys in South Carolina who are being forced out of the safety of their aunt’s home to be returned to their abusive father and men who he calls “brothers.” According to the boy’s aunt, Amanda Sizemore, their father as well as their “uncles” would physically beat the boys for misbehaving with everything from axe handles to boards. The boys were also malnourished in his care.

Sizemore hoped to gain the attention of the South Carolina Department of Social Services by posting a photo of one of the split boards the boys’ father used to hurt them. 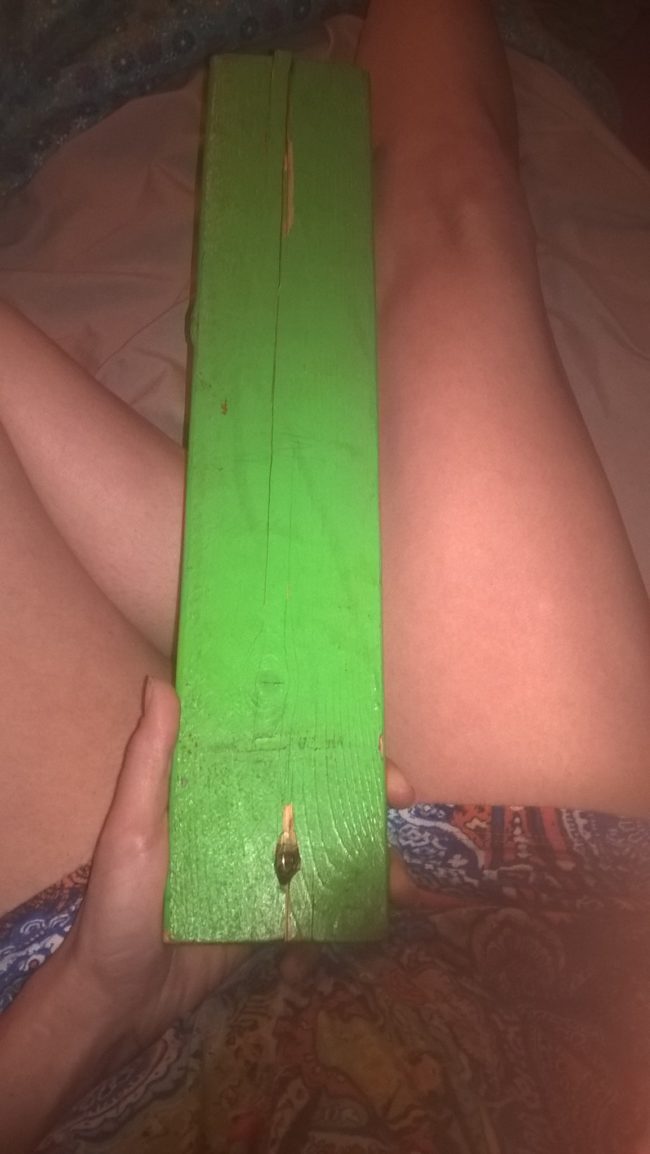 Despite their aunt trying to fight for custody of the children to give them a life they deserve, the DSS is insisting that the boys be returned to their legal guardian. You can read Sizemore’s entire post below:

This is the board that my 8 year old nephew Jacob was beaten with by his drunken 400 lb “father” until it broke across his little malnourished back. (Side note: He was misbehaving because his father sold his Adderall to “Uncle Benny”. He was malnourished because his father sold their food stamps to buy liquor and instead fed them groceries someone scavenged from the Williston IGA dumpster.) This wasn’t the first time he was beaten like a little government mule.. Oh no, he was beaten with broken watermelon pallets by “uncles” on the State Farmers Market while they “homesteaded” there for months at a time. He was hit with an axe handle for telling his teacher about his medicine being sold. DSS wants to send these three precious boys back to a drug infested, pawn/junk yard with a drunken serial abuser (women & children) because they get vacations and gift cards for “most cases closed” (LOOK IT UP, IT’S WORTH A GOOGLE). Share this board. Share it over and over and over because if the State Of South Carolina has anything to say about it, Jacob will be sent back to get another board across his back tomorrow. Then Mike. Then Patrick. Sharing it won’t stop it, but at least when it’s too late they can’t say no one knew!

Sizemore insinuated that the Department of Social Services has closed the case on her three nephews to receive special bonuses for having shut the most cases in the department. Share this heartbreaking story if you think that when it comes to social justice, the children should come first!