We all know that breastfeeding has amazing benefits for babies like protecting them against common childhood infections, lowering the risk of sudden infant death syndrome, and giving them a better chance of survival in their first year of life.

However, when it comes to a child’s intelligence, research suggests that breastfeeding may not have as much of an impact as some moms think.According to a new study published in the Pediatrics Journal, a child’s long-term cognitive and behavior development isn’t greatly affected by the method moms choose to feed their babies.

The study included 7,478 Irish children who were born full term and began following them when they were nine months old.They were then evaluated for their cognition and behavior at three years old and again at five. 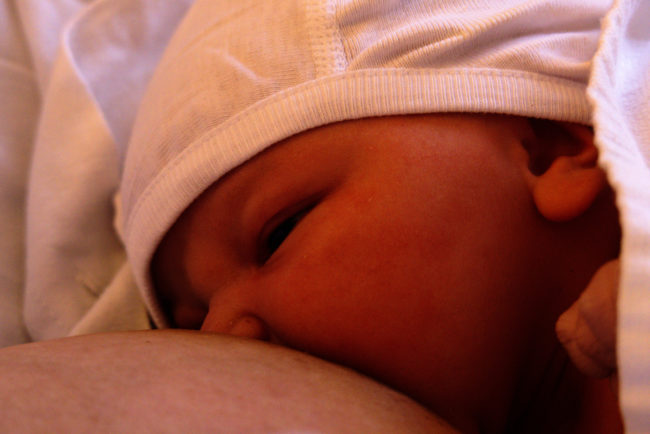 Parents filled out questionnaires about their child’s vocabulary and problem-solving skills at three years of age.They answered the same questions again at five years of age along with the child’s teachers.

What they found was that children who were breastfed for at least six months had lower rates of hyperactivity, higher scores on vocabulary and problem-solving tests, and fewer behavioral issues. However, the differences weren’t very significant by the time they turned five.

The researchers also found that the mothers’ education and family income explained the differences in problem-solving abilities and behavioral issues between those who were breastfed and those who weren’t — but lower rates of hyperactivity were tied to breastfeeding.

Nursing and wearing at the zoo. Where did you wear today? #breasfeeding #babywearing #normalizebreastfeeding #easycare #alltherainbows #akronzoo #kangaroocarry #cotw

Nancy Hurst, director of Women’s Support Services at Texas Children’s Hospital Pavilion for Women, says the important thing to focus on is the bond between mother and child.”You need to just enjoy the relationship — that is most important to nurture the mother-baby relationship even if at times that doesn’t mean exclusive breastfeeding,” she said.

Read More: It Looks Like A Photo Of A Car Seat, But What It’s Holding Will Break Your Heart

Personally, I think that whether babies are breastfed or formula-fed, what’s most important is making sure they grow up in a nurturing environment.Be sure to share this information with all the new moms you know!