You’ve Heard This Viral Bullying Story, But There May Be More To It Than You Think

By now you’ve likely seen the heartbreaking video of a boy named Keaton Jones crying and pleading with school bullies to leave him alone.

The sixth-grader from Knoxville, Tennessee, had reportedly been bullied so badly during lunchtime at his school that his mother, Kimberly, had to pick him up just to give him a reprieve last week. That’s when she began filming her son, asking him why he thinks his bullies pick on him specifically.

“They make fun of my nose. They call me ugly. They say I have no friends,” he said, adding that he wasn’t the only target of mean-spirited teasing and humiliation.

His mother then posted the video, seemingly with the purpose of raising awareness about bullying and how it affects kids who feel like they don’t fit in. 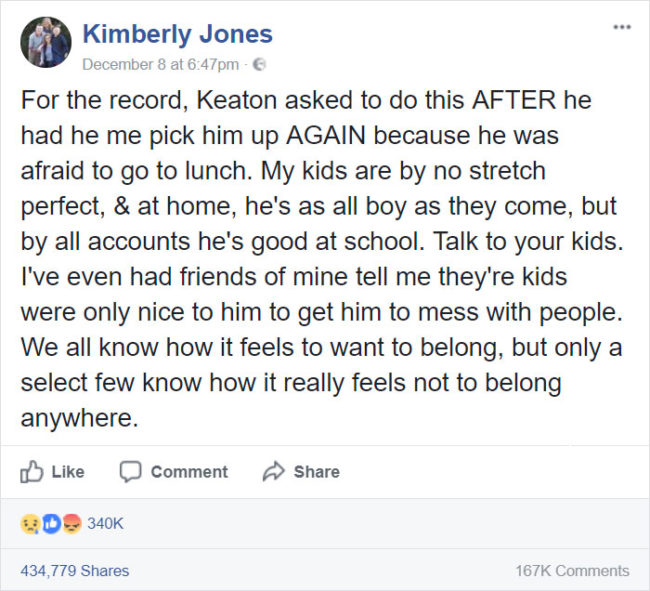 Millions, including famous celebrities, watched the viral video. They also rallied around Keaton with words of comfort and support, even taking the time to meet him and show him he isn’t alone. 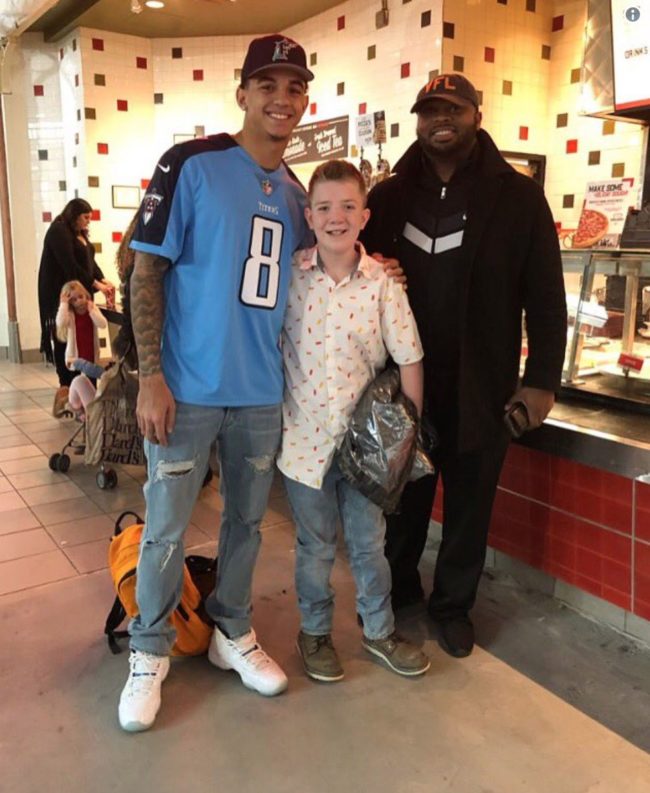 You are the MAN #KeatonJones. That video is powerful and correct. Bullying is not okay. ✊🏾

Actor Chris Evens also offered to bring Keaton and his mom to his movie premiere.

Stay strong, Keaton. Don’t let them make you turn cold. I promise it gets better. While those punks at your school are deciding what kind of people they want to be in this world, how would you and your mom like to come to the Avengers premiere in LA next year? https://t.co/s1QwCQ3toi

However, this feel-good story became tainted when several of Kimberly’s Facebook posts came to light, in which she and her children posed next to a Confederate flag. She’s since made the page private. Some people have even accused Keaton of using racial slurs against his classmates, though there’s no proof this is actually true. 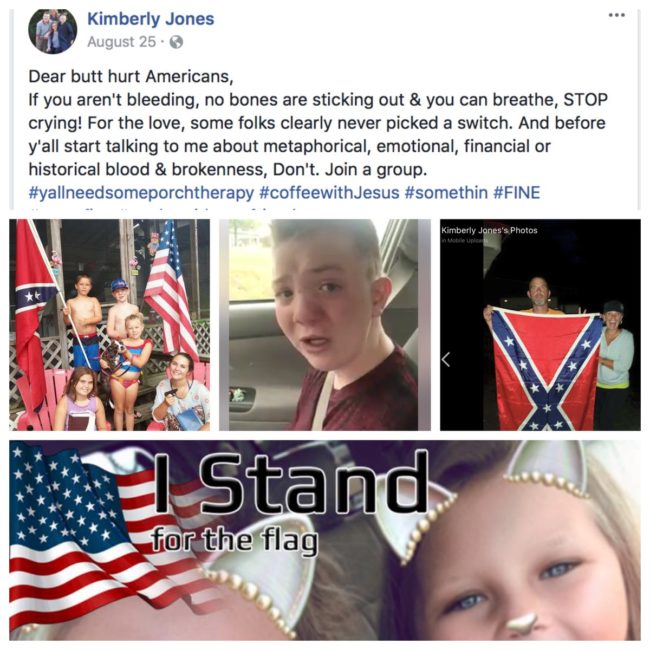 “That viral video of Keaton Jones talking about being bullied is heartbreaking, and I feel sympathetic towards that child,” wrote media personality Tariq Nasheed. “But his mom, Kimberly, on the other hand, is a suspected racist who makes very problematic posts bullying Black protesters.” 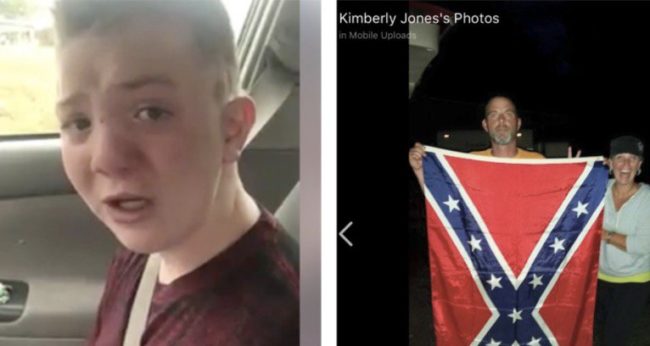 In the wake of the backlash against Kimberly, she’s defended her social media posts, stating they were meant to be “ironic” and “funny”. Listen to her side of the story below.

Joseph Lam, the man who set up a GoFundMe page to raise money for Keaton’s education, has since frozen the page, though he says the accusations aren’t his reason for doing so. You have to wonder, though: Why did Kimberly advocate for others to be kind when she proudly showed off a symbol of black oppression?