A Fairly New Law In California Is Killing People, But It’s Designed To Do Just That

There are a lot of misconceptions around what it means for a terminally ill person to end their life.

Most people jump immediately to euthanasia, which is illegal in all 50 states, and involves a physician assisting a person in ending their life. Assisted suicide is one term for what advocates are now calling “aid in dying,” but the word “suicide” tends to make people think of a rash or impulsive decision.

Five states, including a newly-enacted law in California, give patients who are terminally ill (meaning they have six months or less to live) the choice to end their lives on their terms.

In the year since California’s End of Life Option Act has been an available option, 111 people have chosen to utilize it. Most were terminally ill cancer patients, and 83 percent were in hospice care.

Patients must be mentally sound, have less than six months to live, and make two verbal and one written request to their doctor over a period of time. They also must be able to administer the medication themselves without the help of anyone else, including family.

“The person is dying. The people we’ve met with — they want to live,” said state Senator Bill Monning, who sponsored the bill. “They’re not choosing death. That decision has been made unfortunately because of an uncontrolled disease, a terminal cancer. … What this does is allows them to gain autonomy, self-determination in what will be the path of that certain death.”

Brittany Maynard lived in California before the law was enacted and moved to Oregon so she could have access to aid in dying services after she tragically found out she had just months to live at 29 years old. 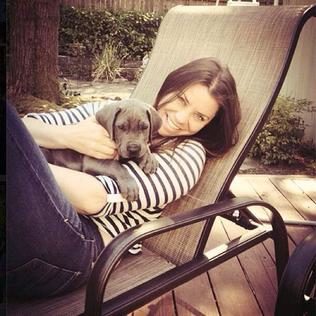 “The state’s data show that even during the early months of the law’s implementation, the law was working well and terminally ill Californians were able to take comfort in knowing that they had this option to peacefully end intolerable suffering,” Compassion & Choices California State Director Matt Whitaker said in a statement.

Some of our prints now framed and brightening the halls of the brand new University Medical Center in New Orleans! Looks great @plaid_pix y'all are doing some mega-work! Thanks for the pics of how it's all coming together! #lightboxprintco #screenprint #rvaprinters #RVAinNOLA #neworleans #NOLA #NOLAart #RVAart #hospitalhalls

What do you think about this controversial law? Should more like it be implemented across the country or have they gone too far? Let us know in the comments, and share this to start the conversation with others.