Creators Of Popular Game Send $1,000 Checks To Their Lowest-Earning Customers

You’ve likely spent countless booze-fueled nights laughing among friends while playing one of the most popular cards games out there — Cards Against Humanity. But did you know the company does way more for its customers than just providing hours of raunchy entertainment?

Last month, the creators of the game asked their customers to donate $15 to help them buy land on the U.S.-Mexico border and block President Trump from building his precious wall. As part of the holiday promotion they called “Cards Against Humanity Saves America,” contributors were promised surprise gift packages throughout December — but they never expected to receive checks amounting to $1,000.

“In order for Cards Against Humanity to truly save America, we realized we would have to tackle the biggest issue in the world: wealth inequality,” the company wrote in letters to their customers. 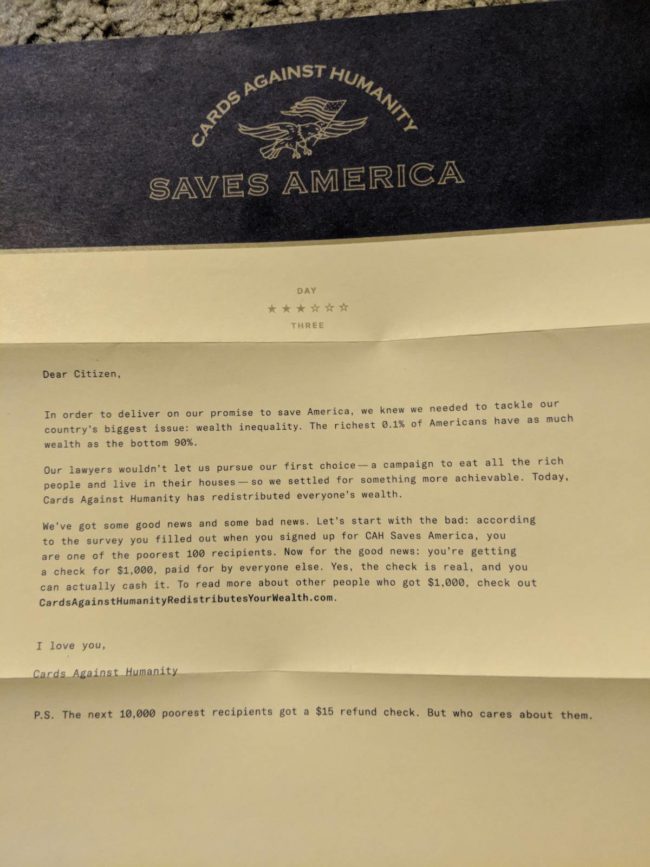 Here’s what the letter says:

In order to deliver on our promise to save America, we knew we needed to tackle our country’s biggest issue: wealth inequality. The richest 0.1% of Americans have as much wealth as the bottom 90%.

Our lawyers wouldn’t let us pursue our first choice – a campaign to eat all the rich people and live in their houses – so we settled for something more achievable. Today, Cards Against Humanity has redistributed everyone’s wealth.

We’ve got some good news and some bad news. Let’s start with the bad: according to the survey you filled out when you signed up for CAH Saves America, you are one of the poorest 100 recipients. Now for the good news: you’re getting a check for $1,000, paid for by everyone else. Yes, the check is real, and you can actually cash it. To read more about other people who got $1,00, check out CardsAgainstHumanityRedistributesYourWealth.com.

So they decided to use a portion of the donations and mail $1,000 checks to the poorest 100 contributors, based off demographic questions customers answered when subscribing to the promotion. 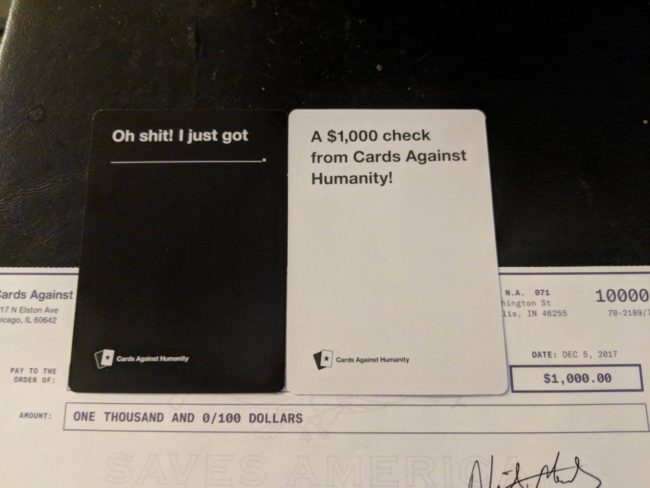 Another 10,000 people received $15 refund checks for their donations. 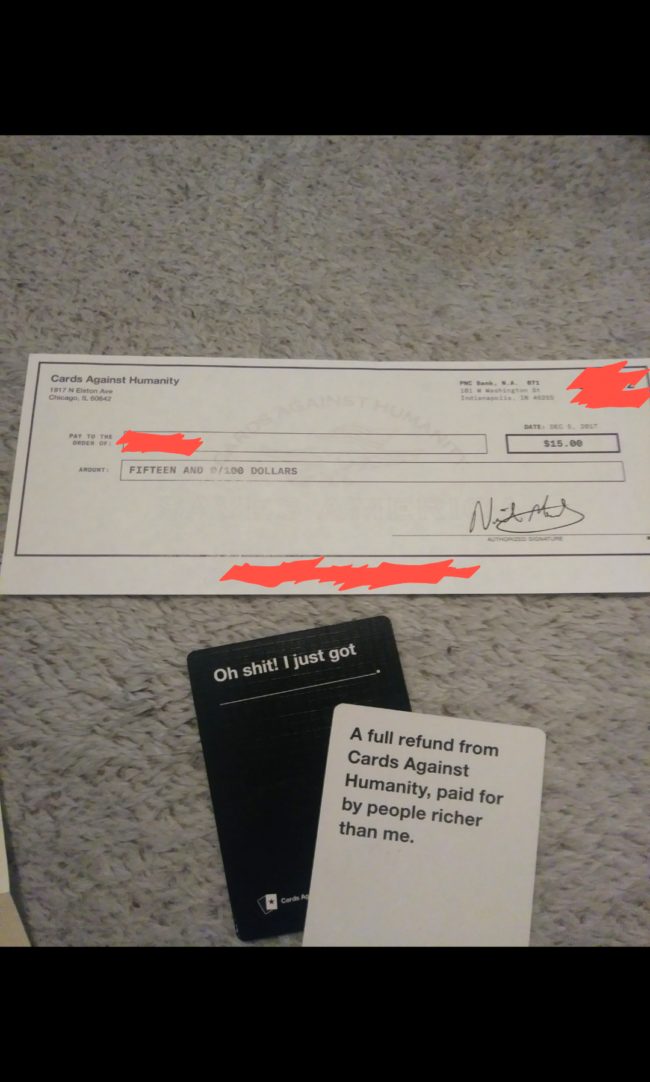 The rest received nothing except this letter and the satisfaction of knowing their small contributions helped those less fortunate in a big way. Something tells me they don’t mind. 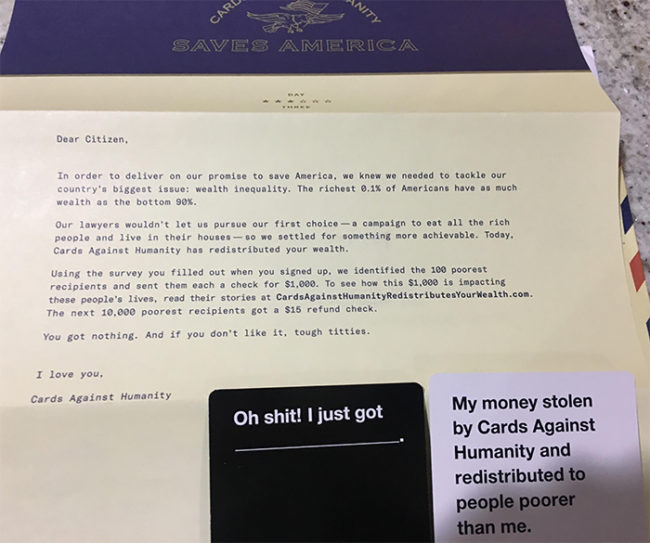 For a game called Cards Against Humanity, its creators are surprisingly humanitarian. Click here to check out the impact these checks are making in people’s lives.