These animals have lived on their own their entire lives and they’re often not used to trusting humans. Confining them can result in destructive behaviors. Unfortunately, many animal shelters don’t have the time or resources to resocialize feral animals, so they often wind up getting euthanized.

Animal Rescue League of Boston, however, is changing that when it comes to feral kittens. They realized that if feral kittens are socialized with humans in their first few months of life, they can be great family members.

They wanted nothing more than to give these kittens a fair chance, but they knew the road ahead would be a long one. That’s why they created something amazing.

We're seeing double over here at ARL! These sweeties are going back to their foster mom until they are old enough to be adopted. #kittens

For years now, they’ve been using a special invention that lets workers stay hands-free and the kittens get the human contact they need in order to get adopted.

Read More: This Dog’s Time Had Almost Come, But He Held On To Meet His New Baby Sister

They call it the “Kitty Bjorn,” and it’s totally genius and adorable. Shelter workers can wear the vest and put one or two kittens inside and just walk around. 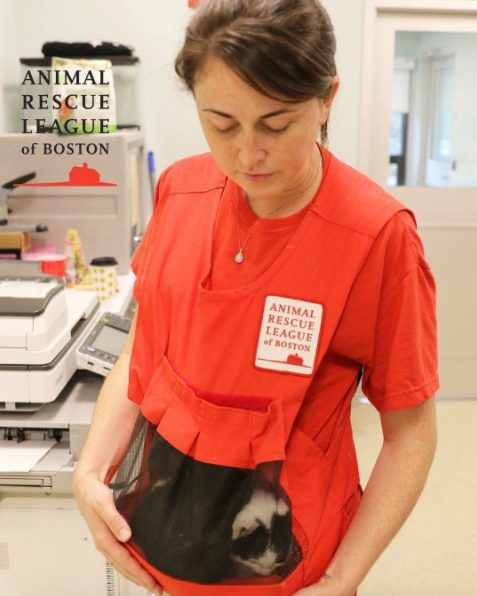 They’re proving that even the most difficult cases can have happy endings.

What a brilliant solution to this problem. Here’s hoping more and more kitties will be saved by this invention. Share it if you want your local shelter to carry kitty bjorns, too!