When This Guy Faked His Death, His Cat’s Reaction Was Equally Cute And Hilarious

Cats are widely regarded as selfish, uncaring creatures. But as someone who shares her home with two felines, I can tell you that just isn’t true.

Nearly every time I’m upset enough to shed tears, one of my cats will inevitably run over to me and either push her fuzzy head into my hand or sit next to me for support. Now, I don’t have proof that they aren’t just looking for attention, but deep down, I truly believe they’re reacting to my distress.

Even Sparta, a 10-year-old Bengali mix whose owner affectionately calls him”The Mean Kitty,” shows his soft side when he thinks his dad’s in trouble. Well, to a point, anyway. Sparta’s owner regularly documents the cat’s jerky behavior on YouTube. Fans were curious about whether Sparta would even care if his dad dropped dead, so they asked him to put it to the test and fake his own death.

Dad didn’t skimp on the dramatics when he clutched his chest and fell to the floor. 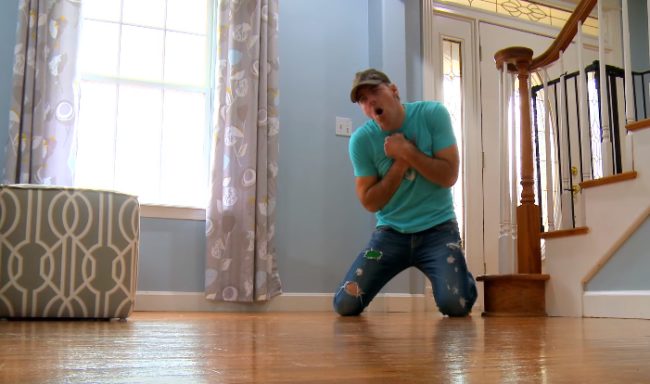 It only took a few seconds for Sparta to meow in what sounded like concern. Then he came over to inspect his human, seemingly worried at first. 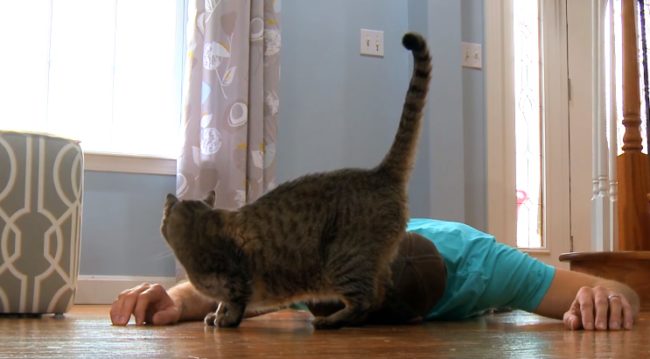 Then he got nice and comfortable next to his owner’s body. Watch the funny events play out below.

To be fair, something tells me Sparta knew his owner was alive and well. Still, it’s pretty cute to see him checking to see whether Dad’s okay.