When Hannah Wilson realized there was an intruder in her Ireland home, she was probably expecting it to be, well, a person.

But as she walked into the kitchen and noticed something running around and knocking down everything in sight, she probably felt a little relief after seeing that it wasn’t human at all — followed by frustration that the creature was absolutely trashing the room.

None of her cups, dishes, or plants were safe from the critter’s wake of destruction. 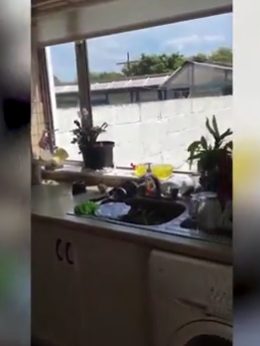 Fortunately, only one vase got smashed in the chaos, but it wasn’t for lack of effort. 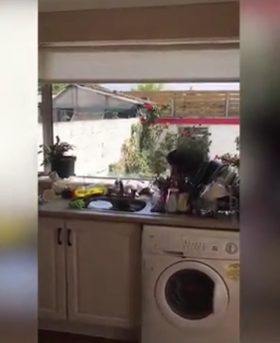 Watch as the obviously terrified kitty tries to obey the woman’s commands and escape through the window. I can’t help but feel bad for the poor thing!

Hopefully the little fluffball found its way back home after that memorable experience. Share if you’ve ever had an unexpected furry visitor in your house!