17 Times Cats Became One With Jesus By Crashing Nativity Scenes

I didn’t quite get around to decorating my house this year, and part of it is because I have animals.

My pets are so important to me, but they can be a real pain in my behind when it comes to knocking down decorations. One traditional decoration for those who celebrate Christmas is the nativity scene, but whether it’s small or large, our furry felines have a surprising amount to say about where they fit into that whole Mary-Joseph-Jesus equation. Here are 17 times kitties took over during Christmas. 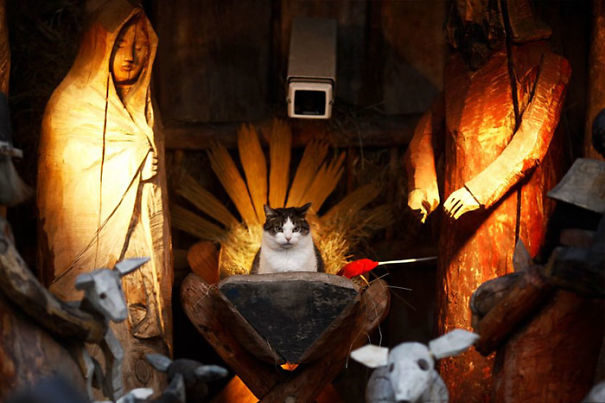 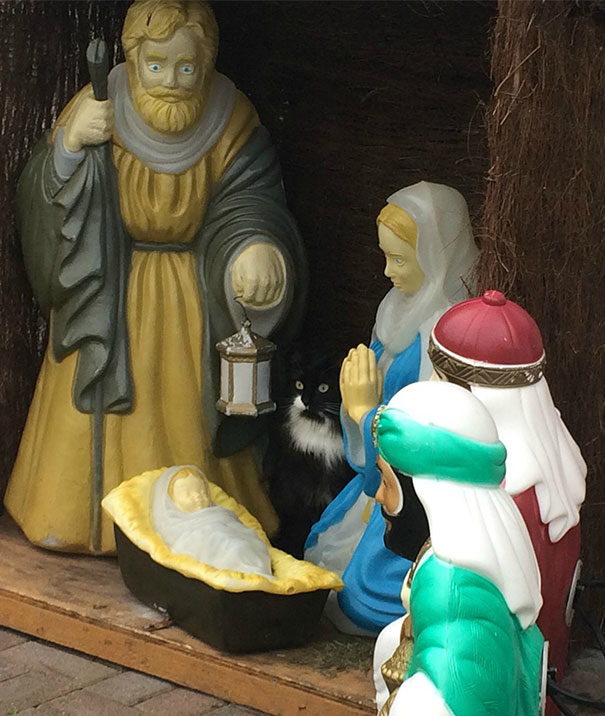 3. This wasn’t quite in the Bible. 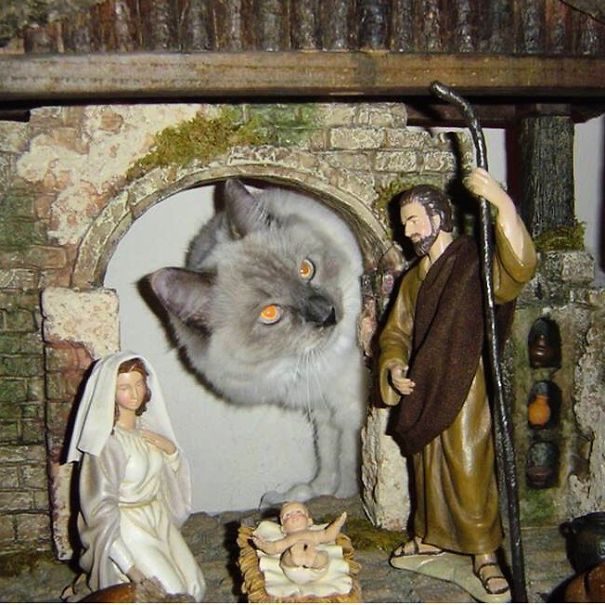 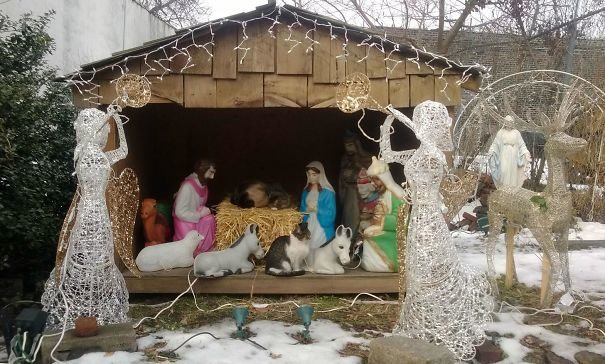 5. Who needs a nativity scene anyway? Any box will do. 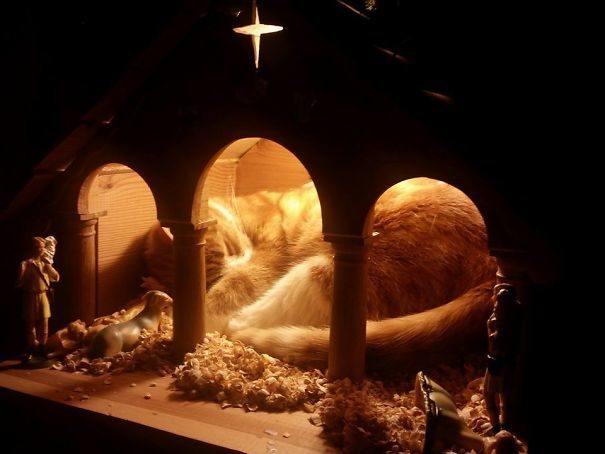 6. Much like the wise men, this kitty is here to pay his respects to the newborn king. 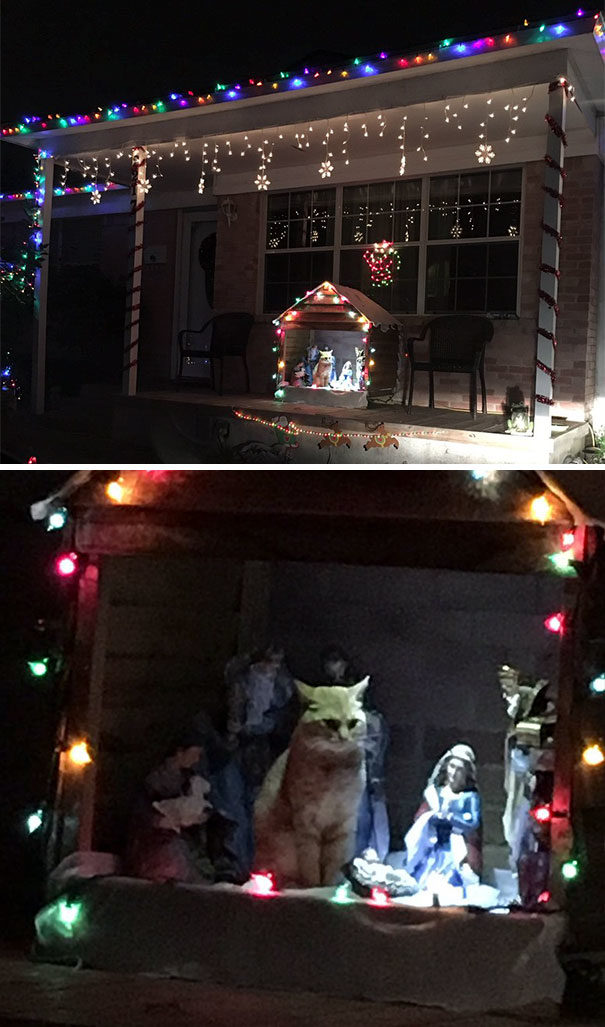 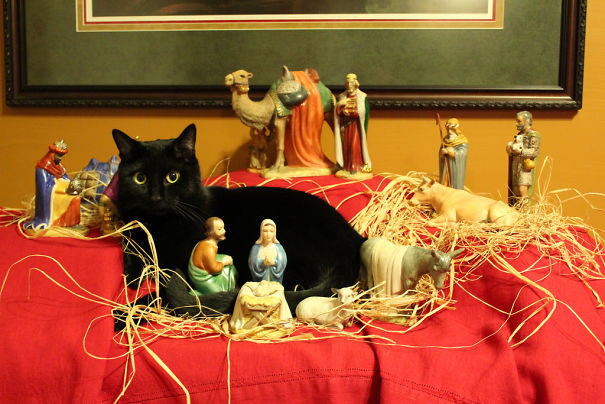 8. To be fair, this one really looks like a cat bed. 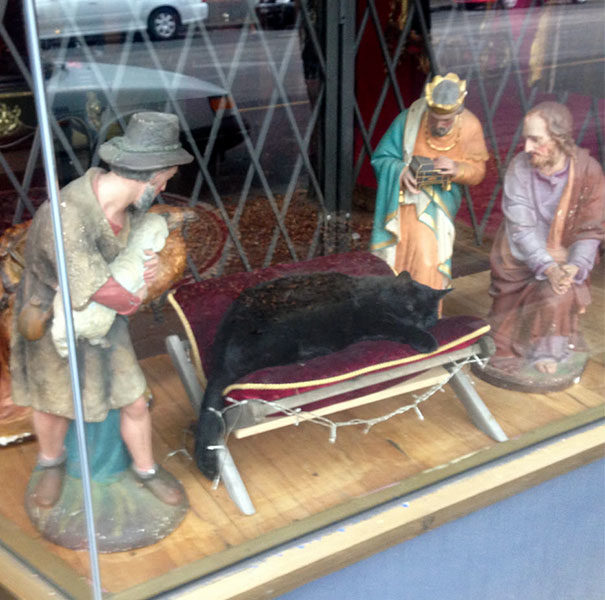 9. I wonder if this cat’s name is Pontius Pilate. He’s still got a few years before that cross thing happens! 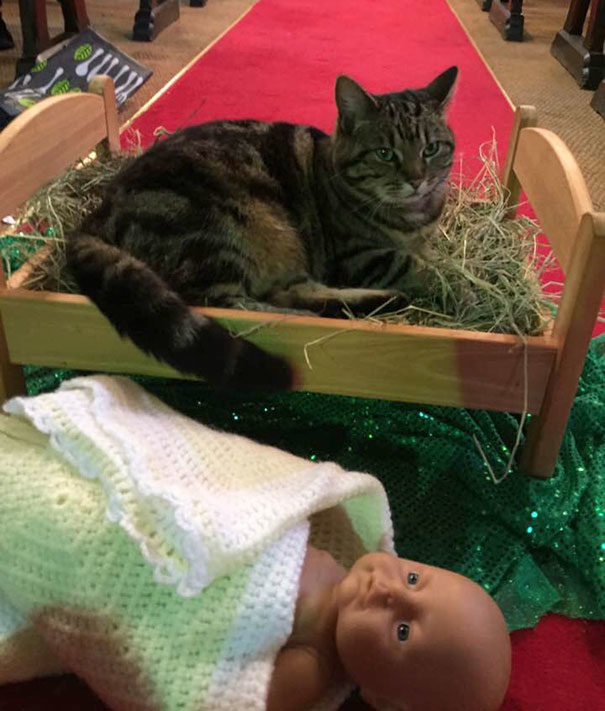 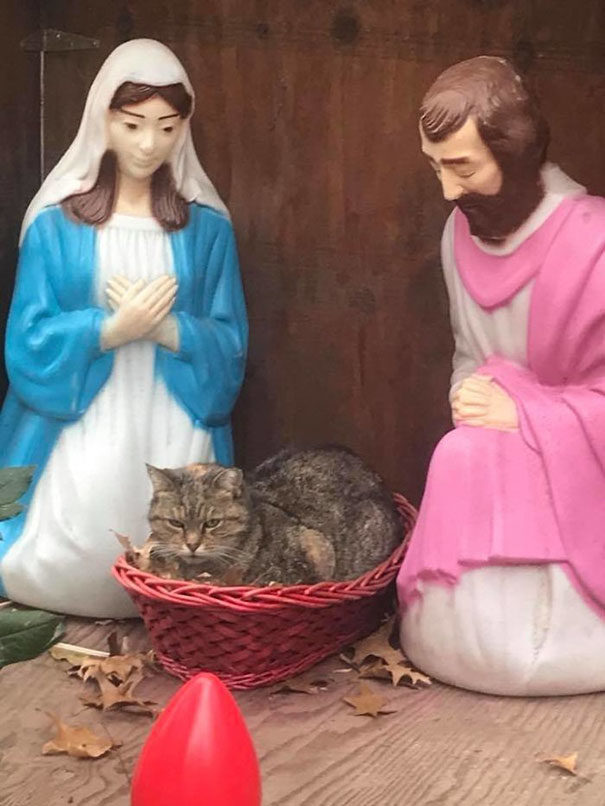 11. Now I’m starting to wonder if nativity scenes are actually for cats instead of people. 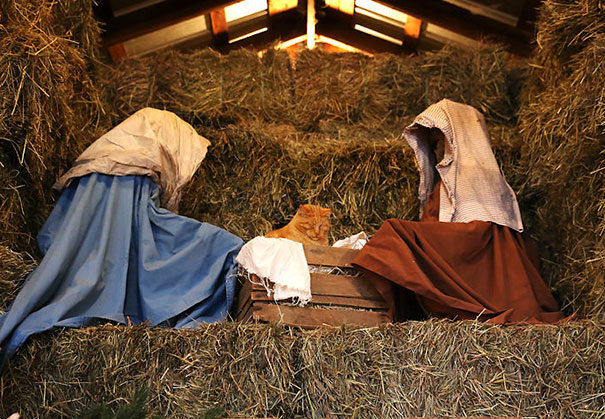 12. “And the angel said unto them, ‘Behold, a cat stuffed itself into a manger.'” 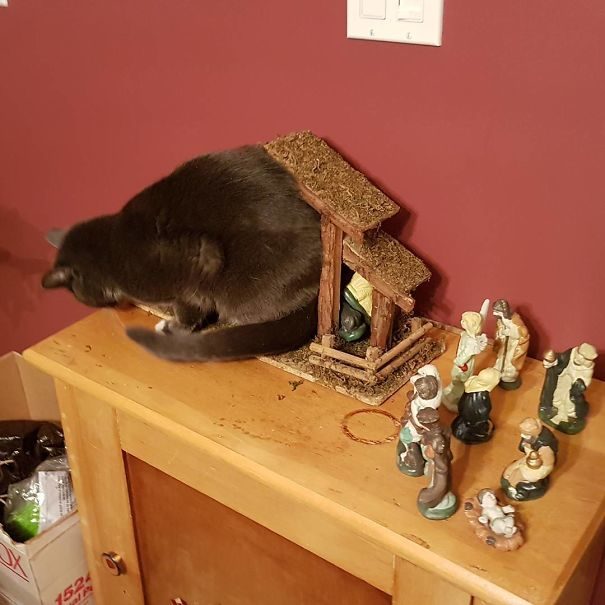 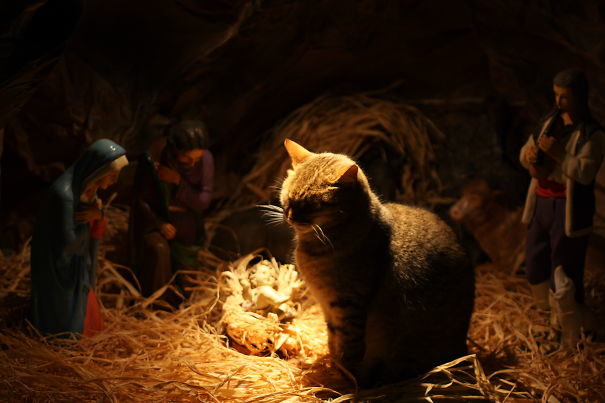 14. It’s her house now. You’ll have to get a lawyer if you want to evict a tenant. 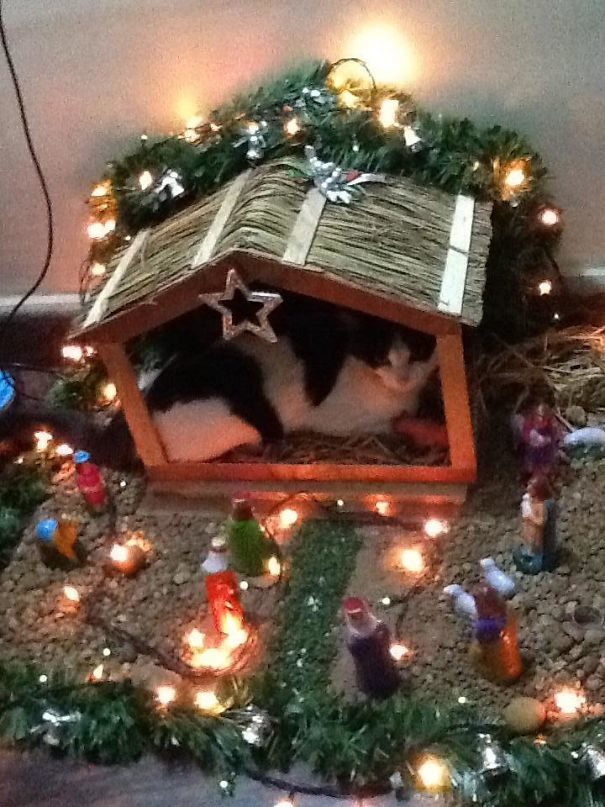 15. “Dad sent me this picture with the comment, ‘He brought gold, frankincense, and purr.'” 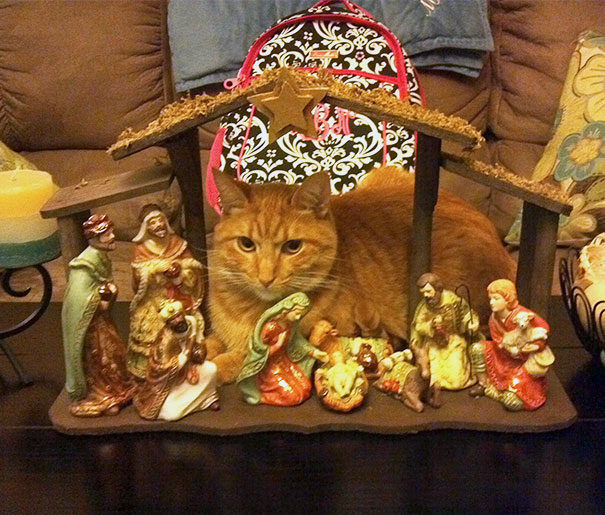 16. This is all just a big misunderstanding. They were talking about putting the baby in the manger, and this cutie is named Baby. 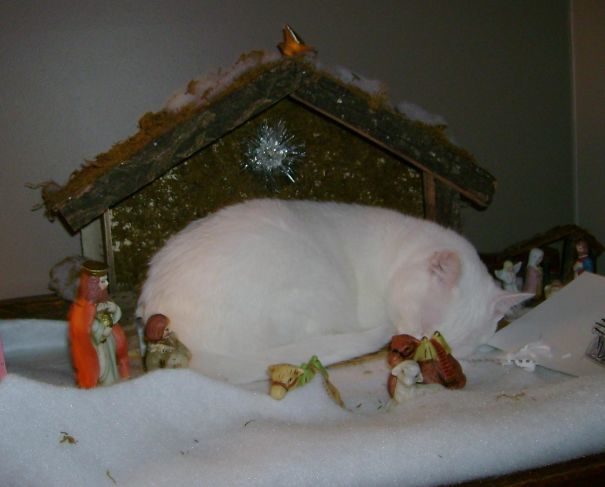 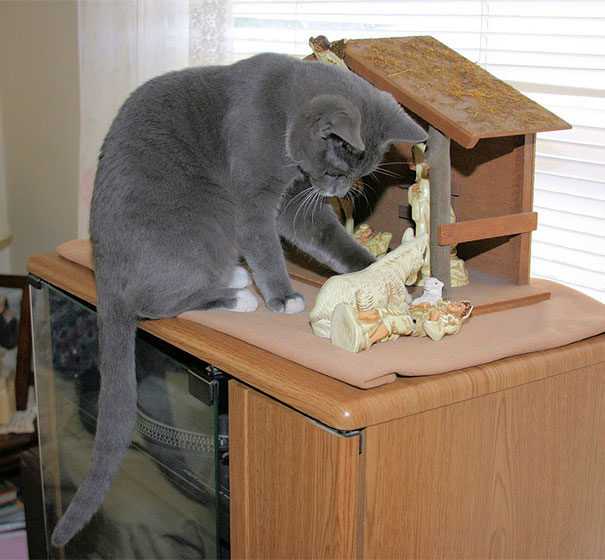 Fa-la-la-la-LOL! Which one of these cats do you most relate to? I’m #13. Share your Christmas vs. cat stories with us in the comments!