It is always tough for fans when a beloved celebrity passes away. Though we never truly knew them, it feels at times as if we did through their work. Some fans form such a strong connection with a particular celebrity that they want to pay their respects.

While most gravestones are made as a way for the family to commemorate the deceased, celebrity sites also have to say a departing line to the fans. Here are some of the most contemplative, moving, and sometimes funny gravestones from celebrities.

World famous actor John Wayne is not buried in Los Angeles where you might expect, but in a modest gravesite by Newport Beach. 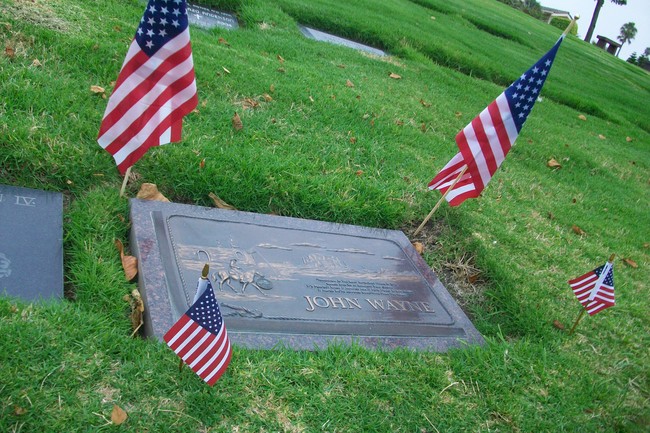 The words on The Duke’s plaque are a poetic quote from him, oddly pulled from a 1971 Playboy interview. 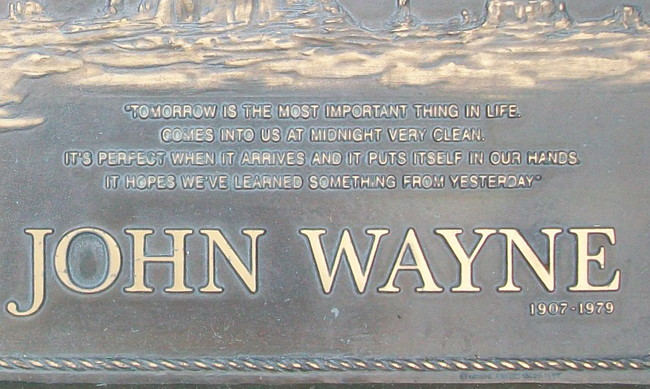 Bruce Lee’s gravesite is one of the most visited in the world. At one point 3 men trekked 3,700 miles just to see the martial artist’s grave, each having to replace their shoes 5 times. 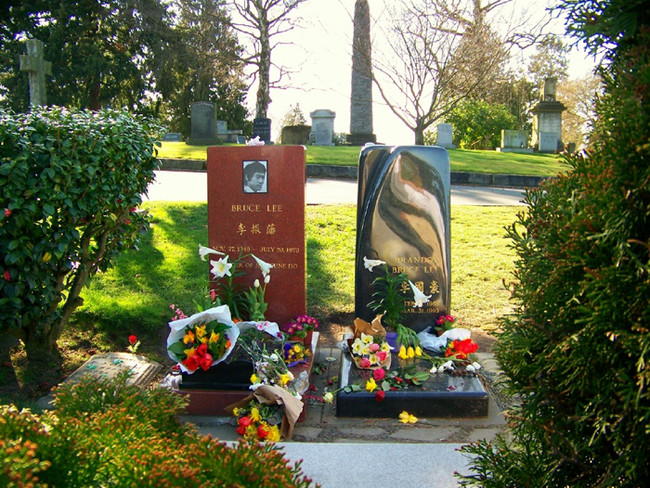 Brandon Bruce Lee, his son, was buried next to him after he was killed on the set of The Crow.

Frank Sinatra is buried in a modest grave in Palm Springs, California. True to his style, he was buried with a bottle of Jack Daniels and a pack of cigarettes. 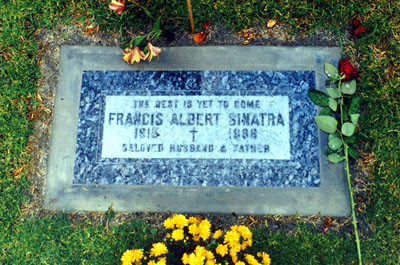 Princess Diana was laid to rest in Althorp, North Hampshire, on a beautiful island, on a small lake inhabited by four swans. 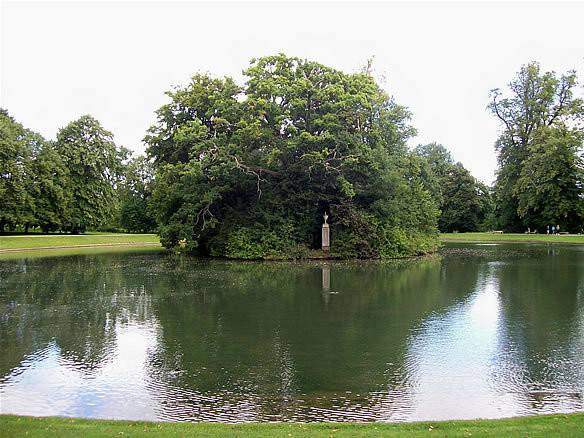 The path to the Princess’ tomb is lined with 36 birch trees, one for every year of her tragically brief life. Few are allowed to actually step foot on the island. 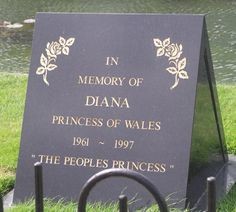 The tomb of the eternally beautiful Marilyn Monroe is surprisingly modest. Creepy fact: the tomb directly above hers may or may not be reserved for Hugh Hefner. 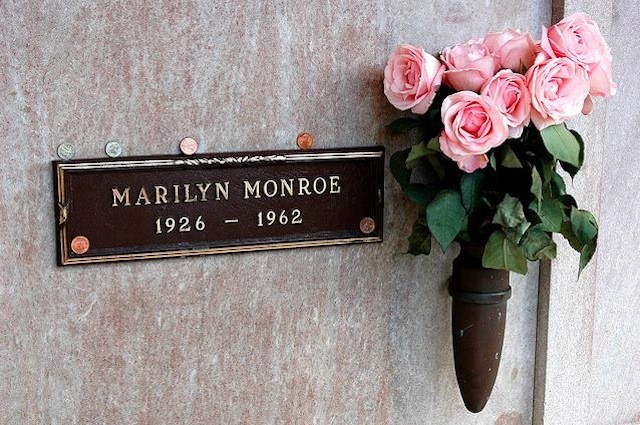 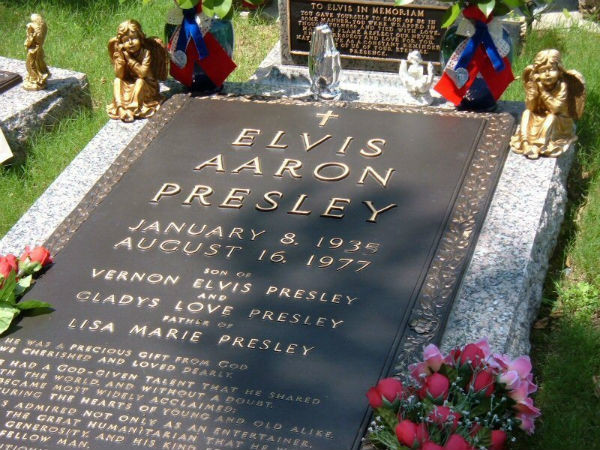 600,000 people come view The King’s body every year. The tour proceeds bring in about $150 million a year to Memphis. 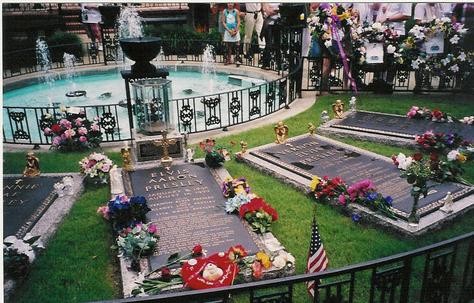 This is Oscar Wilde’s tomb in Paris, although Wilde himself only took out a temporary lease on it. It seems he asked that his body be encased in quicklime so it would decompose faster. 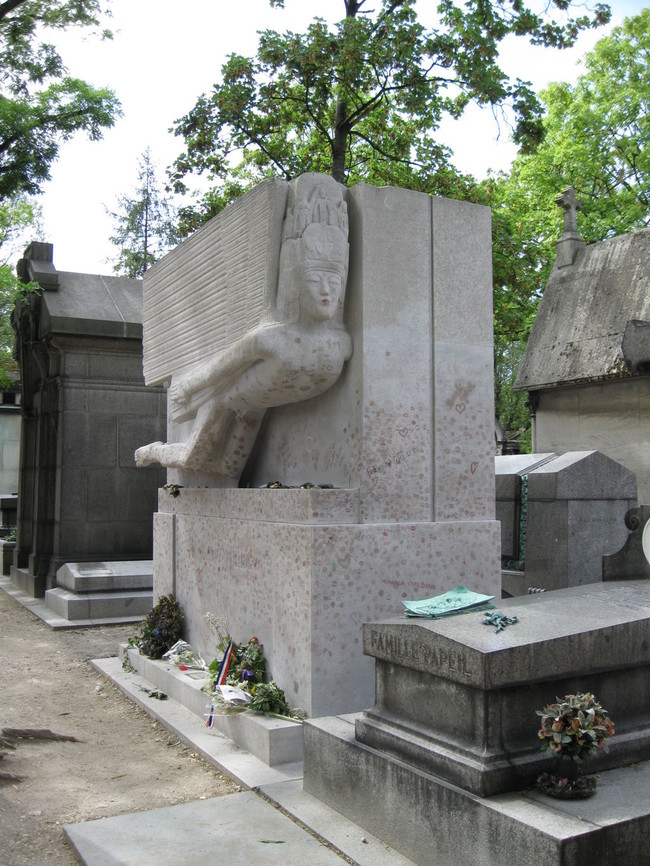 At some point, there developed a tradition of applying lipstick and giving Wilde a kiss. There are thousands of lips decorating the outside of his tomb. 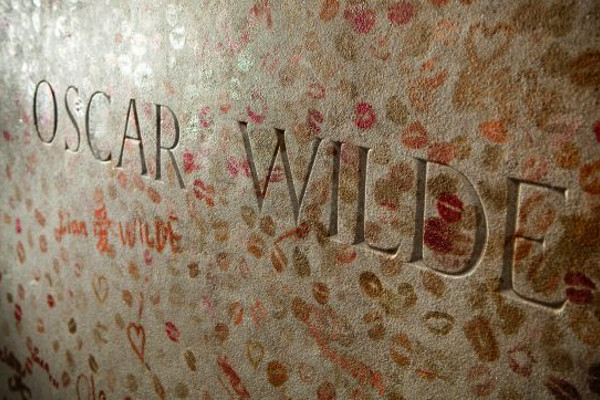 When Merv Griffin died, he made his epitaph a wink to his television hosting days. 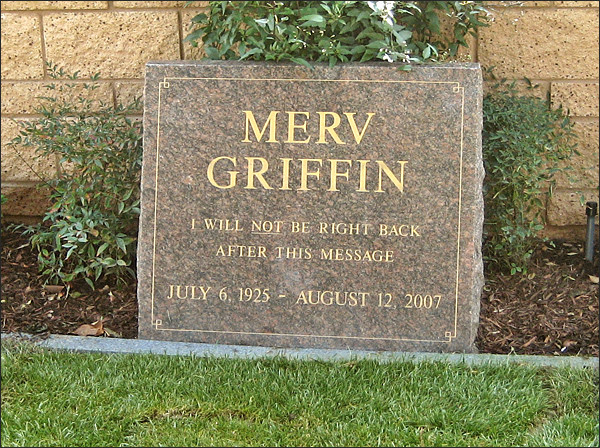 Oddly enough, the most popular English writer on the planet’s tomb in the Holy Trinity Churchyard was not an honor bestowed upon him. Instead, he paid 440 pounds for the lot after saving up money from the plays he sold. 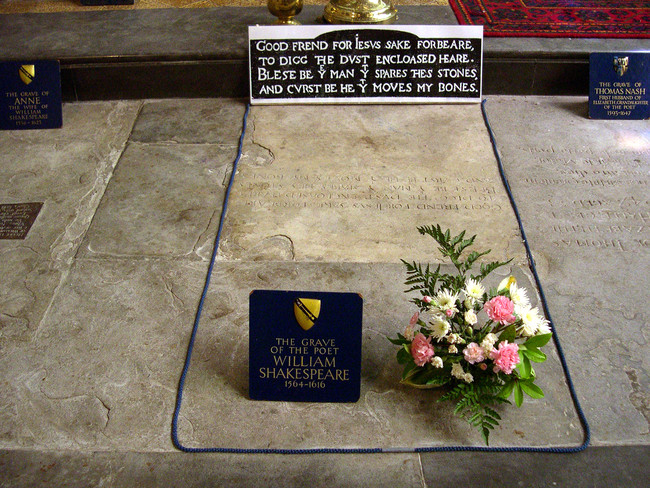 How would you want your gravesite to be designed if you had tons of fame and money? I think I would take that tomb above Marilyn just so Hugh Hefner is nowhere near her.