It Looks Like This Dog Got Stung By A Bee, But The Truth Is So Much Crueler

It’s a sad and harsh reality to stomach that people could abuse and torture animals, yet it’s something many rescue organizations are faced with every day.

Back in the summer of 2016, volunteers at Rescue Dogs Rock NYC were horrified when they heard about a dog who’d been found on the streets of Columbia, South Carolina, with a heavy chain wrapped around her neck so tightly that it cut into her skin.

When the organization took the one-year-old pit bull named Roxanne in, she was in very bad shape. 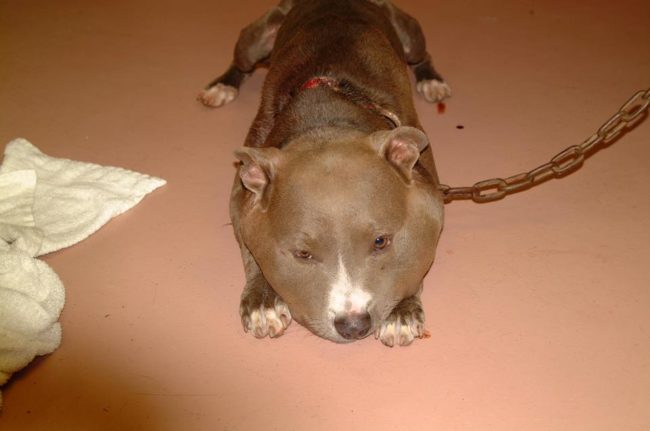 Not only was her face alarmingly swollen, but the skin around her neck had been opened by the chain. She was also emaciated. Nobody knows how long she’d been left in that condition. 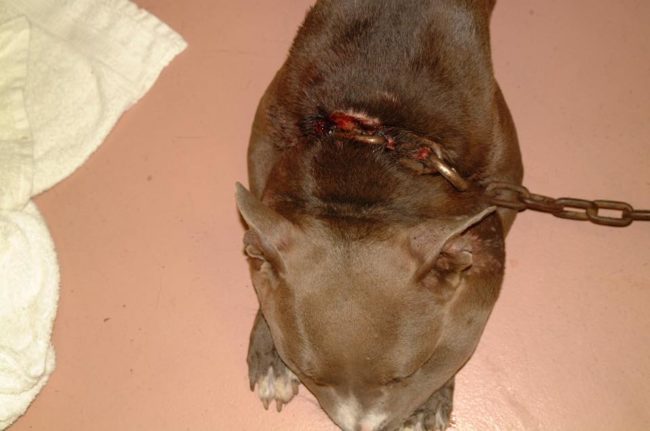 They didn’t waste time in taking her to a vet, where bolt cutters had to be used to remove the chain. 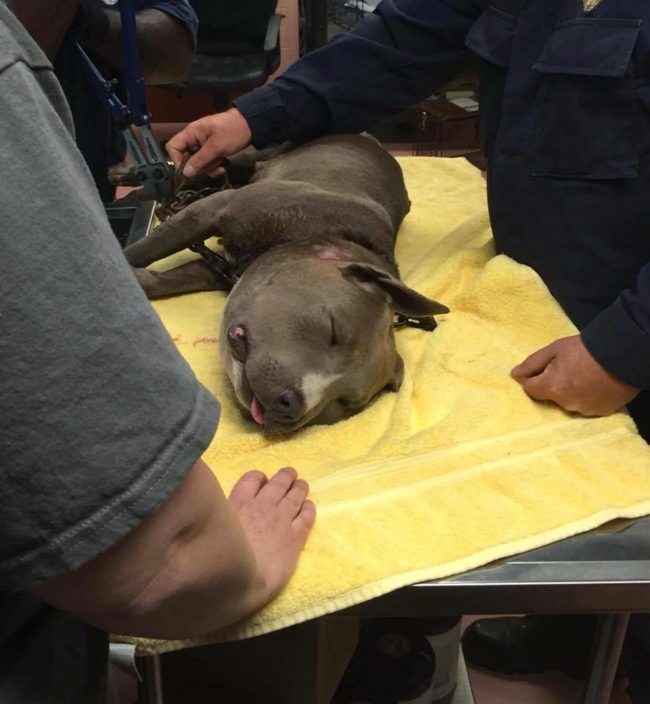 After being freed and undergoing surgery to repair her neck, Roxanne spent some much-needed time resting and healing. 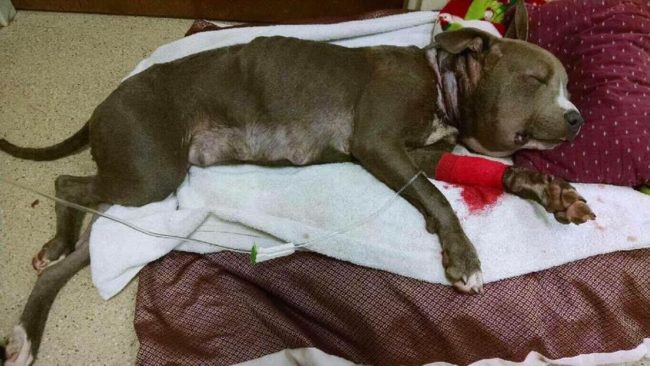 And during her recovery, she got all the love and care she could’ve ever asked for. 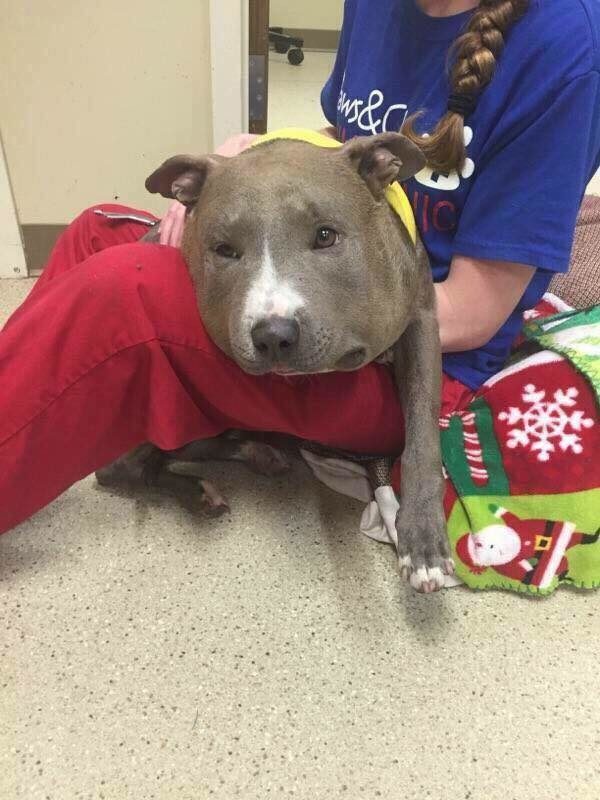 Thanks to her rescuers, her sweet spirit began to shine through and she didn’t even look like the same dog anymore! 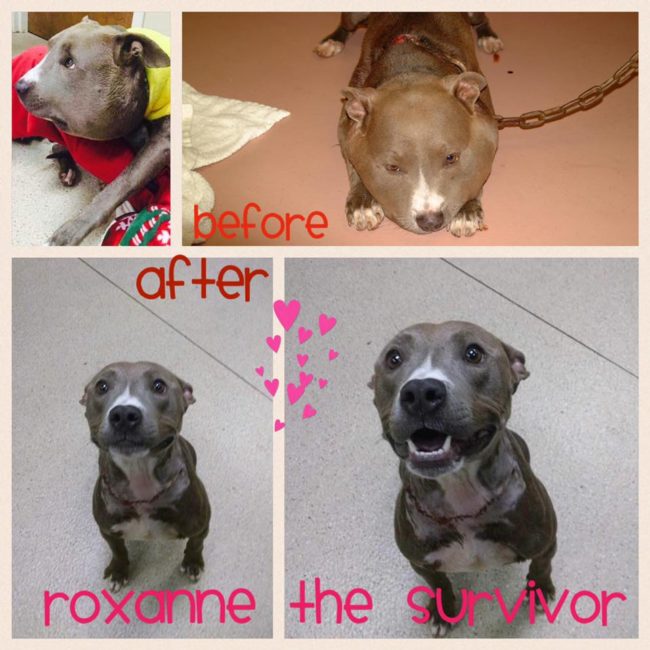 Here’s hoping this adorable, happy girl has found a forever home with a family who adores her. If you’d like to help the organization in their efforts to save, rehabilitate, and rehome dogs, you can donate here.