This Dog Was On Death’s Door When They Found Him, But He’s On His Way To Recovery

Life for Charlie the pit bull had been unbelievably cruel before he’d been found tied up in a heap of trash, thrown away and left for dead by the people who put him through such abuse.

Earlier this month, Nikki Rubino came across a heartbreaking and horrific sight while walking near the Cobbs Creek Recreation Center in Philadelphia, Pennsylvania. There lay Charlie on a pile of trash, tied to a dumpster and looking as if death wasn’t very far away for him. Being a vet tech, Rubino says she’s never seen an animal in such bad condition. That’s why she knew she had to rush to save him.

When Rubino approached the severely abused dog to free him, he wasn’t moving and could barely lift his head. He’d been badly beaten, then carelessly discarded as if he weren’t any different from the pieces of trash among him. 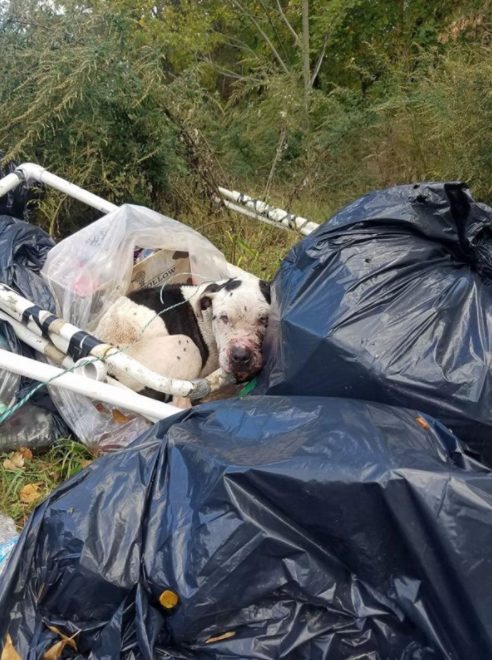 With a friend’s help, she moved Charlie into a car and drove to Philadelphia Animal Hospital, where he’s been receiving care and treatment ever since. Based on his wounds, they believe the poor thing was used as a bait dog in an illegal fighting ring. 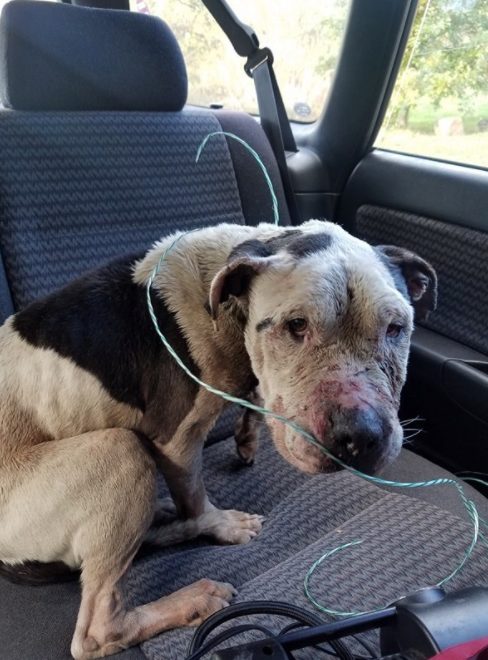 Fortunately, Charlie couldn’t have landed in a better place. Not only has the Philadelphia Animal Hospital generously decided to cover all medical expenses for him, but he’ll also be taken care of at the City of Elderly Love — a Philadelphia-based senior pet rescue — when he recovers. 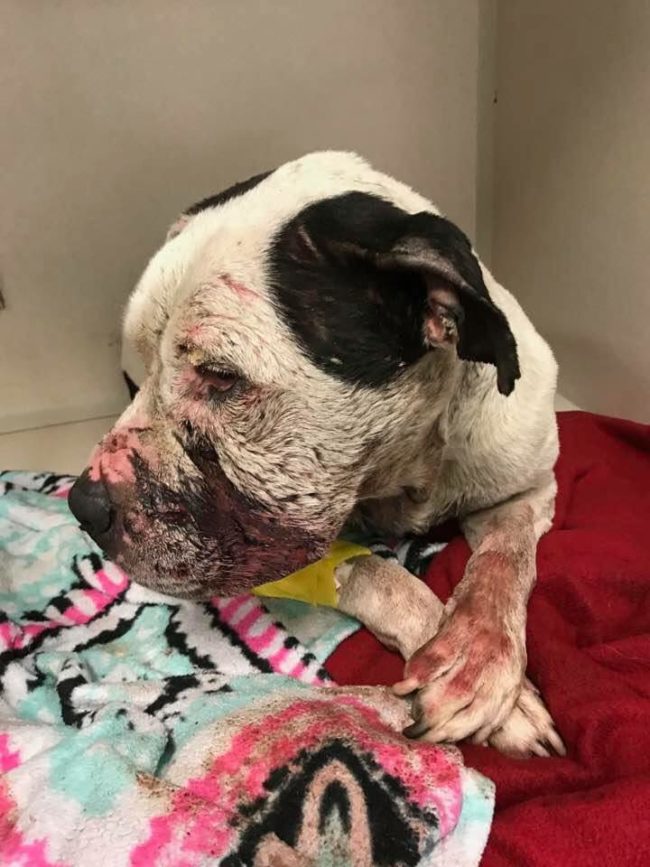 Since Charlie arrived at the animal hospital, he’s slowly been making progress with antibiotics, IVs, and surgery to remove dead tissue around his face and muzzle. He’s also gotten plenty of love and affection from the people around him, including Rubino, the woman who saved his life. 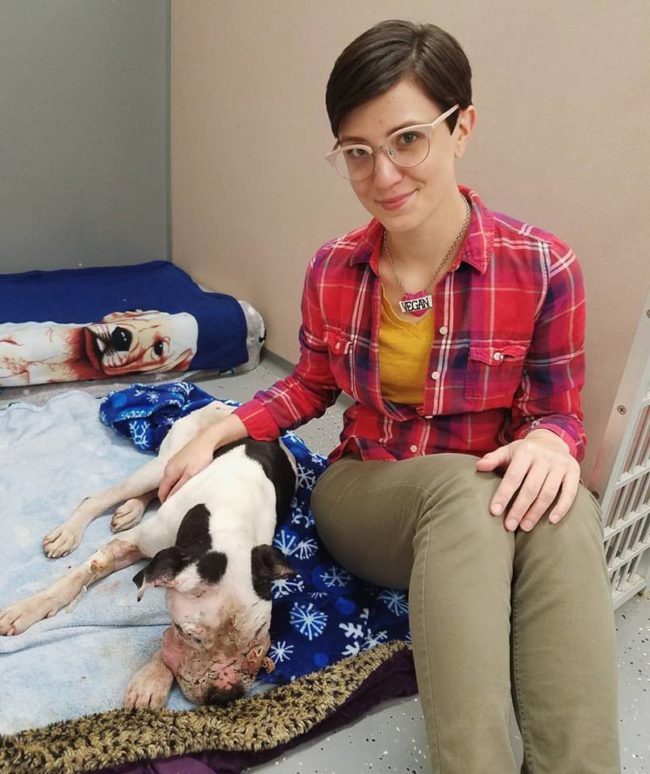 Facebook / City of Elderly Love: Save a Senior Pet

He still has more surgeries in his future and has a long way to go, but he’s proving what a little fighter he is every day. He’s even able to “trot” around the facility a bit!

Philadelphia Animal Hospital isn’t accepting any donations for Charlie’s medical costs, but if you’d like to help with his post-recovery care, you can donate to City of Elderly Care here or here. We’ll be keeping sweet Charlie in our thoughts and hoping for a swift and complete recovery.