Cheetahs Are High-Stress Animals, So Zoos Do Something Precious To Keep Them Calm

Despite being large predators who are able to move at seriously intimidating speeds, cheetahs are actually surprisingly shy.

Unfortunately, endangered cheetahs are so nervous and anxious that captive breeding programs designed to help preserve their species can be unsuccessful if the big cats don’t feel at ease in their environments. That’s where dogs come in. Across the country, zoos including the San Diego Zoo Safari Park and the Columbus Zoo have been pairing cheetahs with their own canine companions to keep them happy and comfortable — and it’s definitely working!

When cheetah cubs are a few months old, they first get to meet their new best friends through a fence, then on leashes if they get along well. 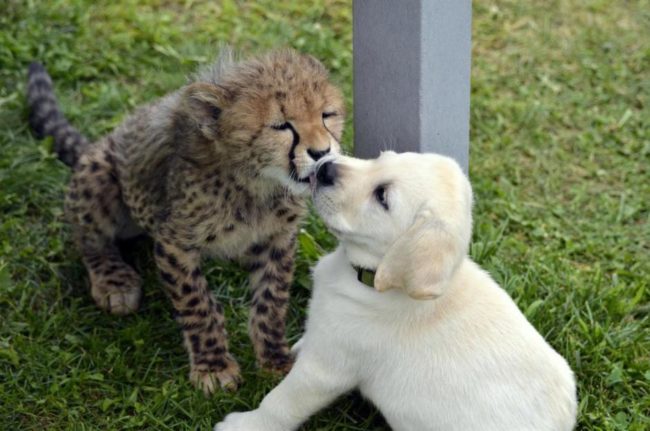 Once keepers are confident that they’ll be fine together, they’re both moved into a shared living space where they can play all they want! 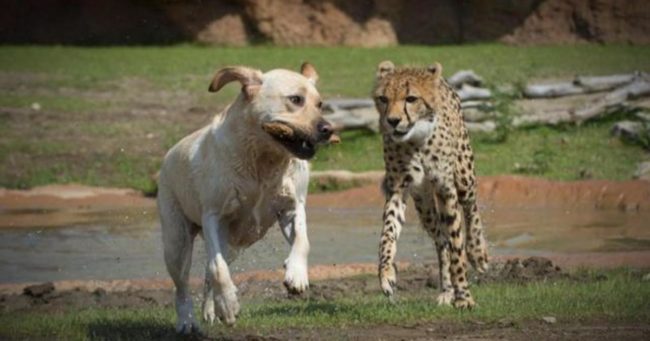 “When you pair them, the cheetah looks to the dog for cues and learns to model their behavior. It’s about getting them to read that calm, happy-go-lucky vibe from the dog,” said Janet Rose-Hinostroza, animal training supervisor at the San Diego Zoo. 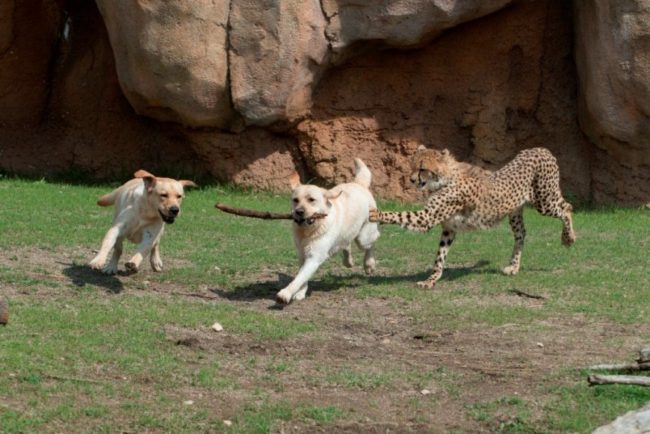 The dogs are also rescued from shelters, so the relationship is very beneficial to both of them. 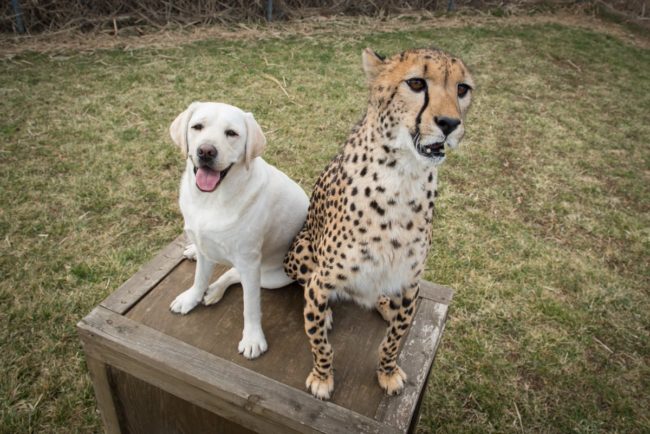 You can learn more about these adorable friendships as well as how dogs are helping cheetahs in the wild below.

Once again, dogs prove that they are a seriously huge blessing to this earth. Share if you support these amazing programs for cheetah conservation!