Unsanitary Restaurant Employees Are Gross, But This Outraged Patron Went Too Far

We’ve all seen something a little less than sanitary go down at a fast food place.

Don’t get me wrong. Most fast food employees follow strict protocols regarding serving food and wearing gloves to keep us safe. If they didn’t, they’d be out of a job pretty quickly.

But sometimes those standards can slip. If you see something unsanitary happen, you should not eat the food and talk with a manager about your concerns. What one woman did, however, goes beyond what’s acceptable.

The unnamed woman says she saw an employee eat Cheetos, then lick her fingers and handle food. That’s totally gross. But rushing behind the counter, throwing Cheetos and food, and screaming? That’s… a lot. 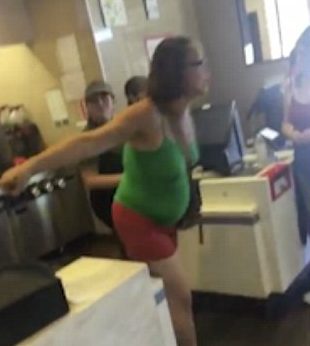 The young man filming the incident is pretty amused, until that rage becomes a crime. The manager, on the phone with police, is confronted by the woman throwing things at him and kicking him, all the while claiming he was hurting her. 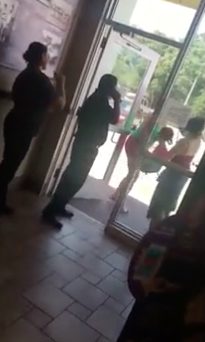 You can watch the whole video below, which is probably now classified as evidence in an upcoming trial. Eesh.

Remember: you don’t have to accept unsanitary food or behavior, but acting like this is more likely to get you incarcerated than it is to get you a new hamburger.