Growing up, math was never my strong suit.

Once I got past algebra, it was all kind of a blur to me. Still, it’s important that we learn the basics the best we can, and learning different subjects is important to become a well-rounded student and person.

On occasion, though, a math problem gets posted online that really drives everyone insane trying to figure out the answer. This time, the impossible question is coming out of China, where an image of the assignment was posted to social media site Weibo.

The question appeared on an exam for fifth graders, and translated it reads, “If a ship had 26 sheep and 10 goats onboard, how old is the ship’s captain?” 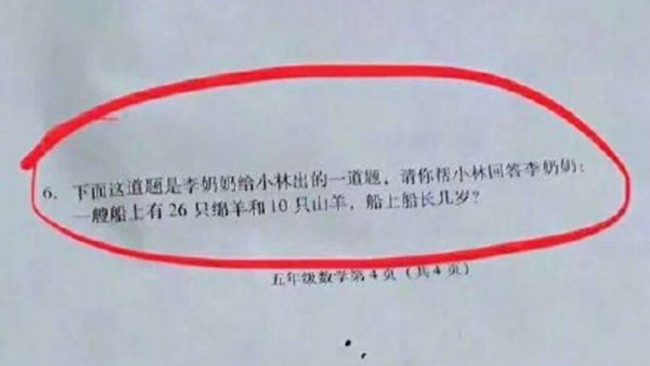 Kids and adults alike who tried to answer the question came up with some brilliant responses. 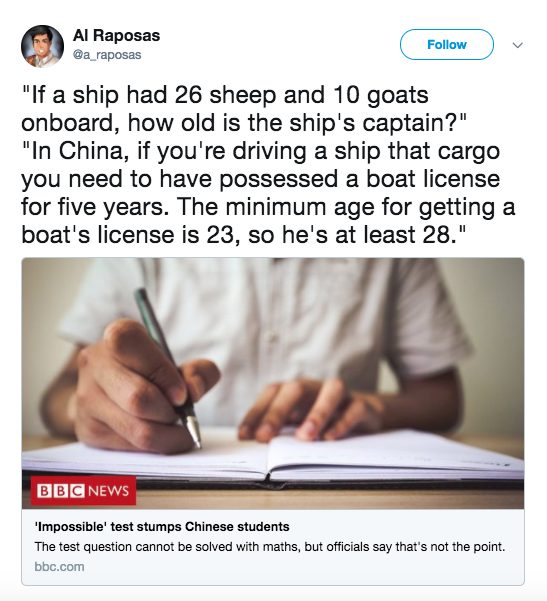 Others had other out-of-the-box answers.

“The number of the sheep and goats is irrelevant to the captain’s age.”

“The captain is 36 years old. He is quite narcissistic, so the number of animals corresponds to his age.”

The answer is, of course, that there is insufficient information to know the captain’s age. Because Chinese education relies on repetition and drills, this question aimed to teach students to think critically and differently.

The Shunqing Education Department said the test was aimed to examine “critical awareness and an ability to think independently.” They added that some surveys “show that ordinary primary school students in our country lack the sense of doubt and critical spirit in regard to mathematics.” 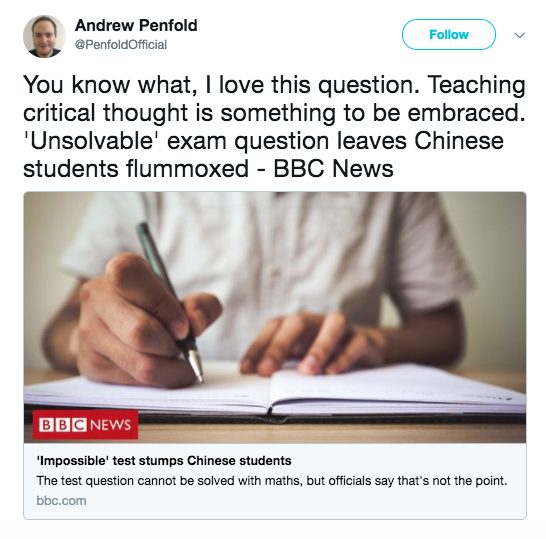 If it’s being asked on the exam, it’s probably a topic that’s come up in class. While it may have stumped some, it’s so important to learn how to think critically about the world around us.