This Adorable Doggo May Look Funny, But His Sense Of Style Is Amazing

They say beauty is in the eye of the beholder.

That’s certainly true for pets. When we welcome a furry friend into the family, we accept them, warts and all. When you rescue a pet, you often have no idea what happened to them before you met them. This can raise lots of questions, especially if they look a little bit funny.

That’s what happened with Cletus, a little chihuahua found wandering the streets of Los Angeles. But there’s a happy ending for this special pup!

Cletus has a gaping overbite, and his nose isn’t quite where it should be. Also, his joints were fused together at birth, making him shuffle rather than walk. Rescuers were happy to have found him, because he probably wouldn’t have lasted long on the street. 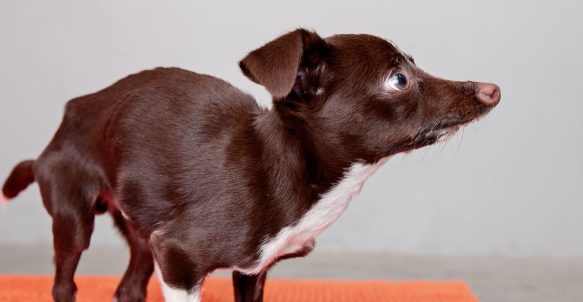 He recovered from a respiratory infection at Best Friends Animal Society and started acting like a puppy again. “Once he got on some medication and he was consistently fed and having space to move about – to be able to use his body – he slowly started putting weight on and getting better and also, he started showing a puppy factor,” Angela Rovetto recalls. 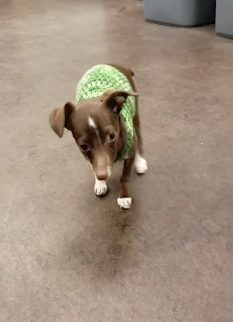 At first, they started putting him in sweaters so people wouldn’t gawk at how “weird” he looked. But soon enough, he showed that he really loved wearing them and looked pretty awesome, too. They help keep his little body warm and he absolutely slays it. 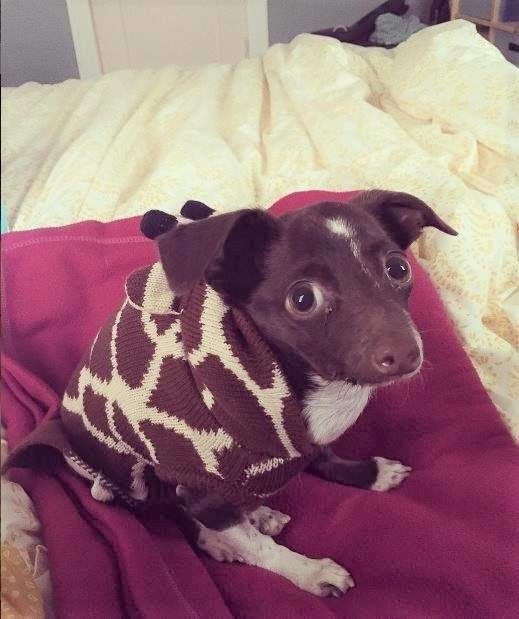 Mark Enrietto and his girlfriend, Summer Esslinger, went to the shelter after hearing about Cletus, and it was love at first sight. Check out this pup’s whole inspirational story in the video below.

I’m so happy he found the perfect forever home, and I can’t get enough of those sweaters! I love the giraffe one. Which is your favorite? Let us know!