Would you willing slide straight off of a huge cliff? Your answer would probably be a big, fat nope. But for these daredevils, it was an opportunity they couldn’t pass up.

Devin Graham is known for filming insane stunts and extreme sports on his YouTube channel, devinsupertramp. Earlier this year, he and some friends partnered with Subaru to create one of his most thrilling videos that would terrify anyone with a fear of heights.

In what he’s calling his biggest stunt yet, Graham set up a giant slip n’ slide right at the edge of a 500-foot cliff. 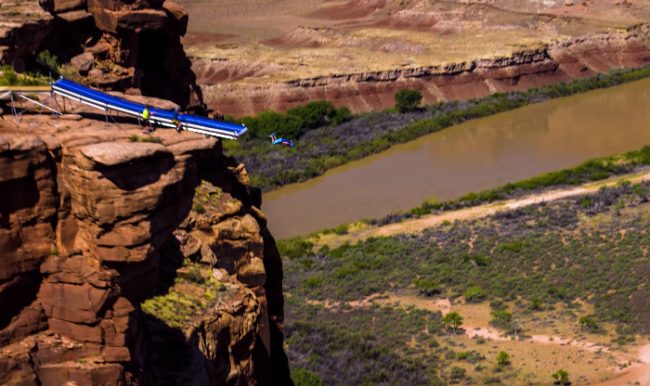 Armed with the proper gear and parachutes, these guys had no fear jumping on the slide and hurling down toward the ground below.

Okay, they were probably at least a little afraid. 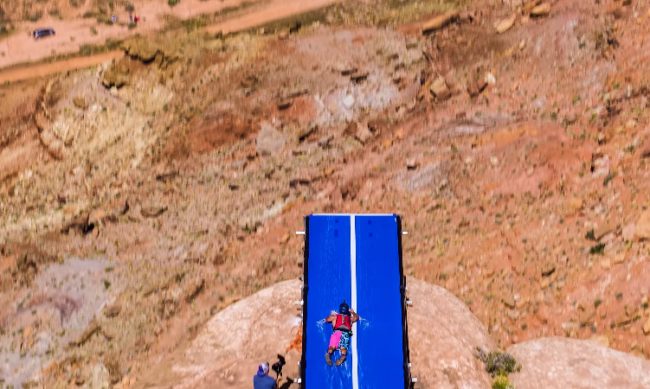 Check out their amazing footage below.

My palms got sweaty just watching that. If given the chance, I think I’d pass on that particular slip n’ slide. For more dangerous and death-defying stunts, be sure to check out Graham’s other videos on YouTube.