Those Monkeys That Were Cloned In The Name Of Progress? They’re Going To Suffer.

Near the end of January,newborn monkeys Zhong Zhong and Hua Hua made their debut as the first primate clones made using a technique called somatic cell nuclear transfer — the same process which created Dolly the sheep more than 20 years ago.

The identical long-tailed macaques were born in November and December at the Chinese Academy of Sciences’ Institute of Neuroscience in Shanghai. Scientist Qiang Sun, director of the Nonhuman Primate Research Facility, says “there was much failure before we found a way to successfully clone a monkey” by removing the nucleus from an egg cell and replacing it with that of donor cells from an aborted fetus.

The births of Zhong Zhong and Hua Hua have widely been regarded as a huge scientific advancement, opening up the possibility for experiments on large numbers of genetically identical monkeys. They’d provide more accurate models for research surrounding human diseases. 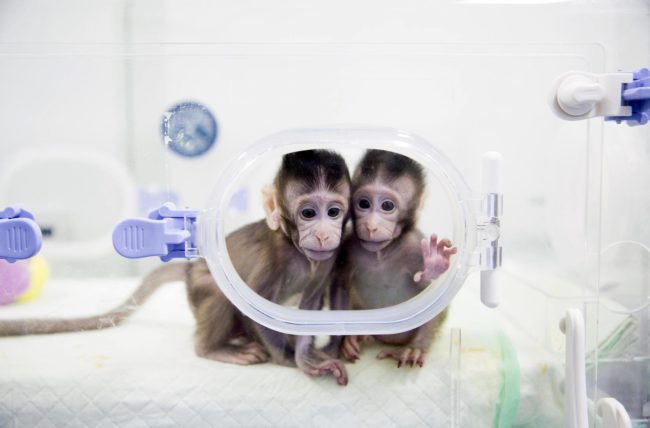 Sun says “This will generate real models not just for genetically based brain diseases, but also cancer, immune, or metabolic disorders and allow us to test the efficacy of the drugs for these conditions before clinical use.” 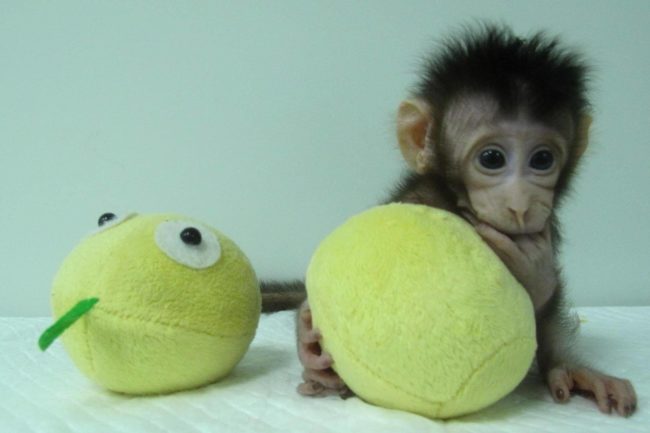 Understandably, this has raised ethical concerns, particularly about human cloning. What isn’t mentioned as much are the animals who suffered throughout the process of creating Zhong Zhong and Hua Hua — and how much the baby monkeys will suffer themselves. 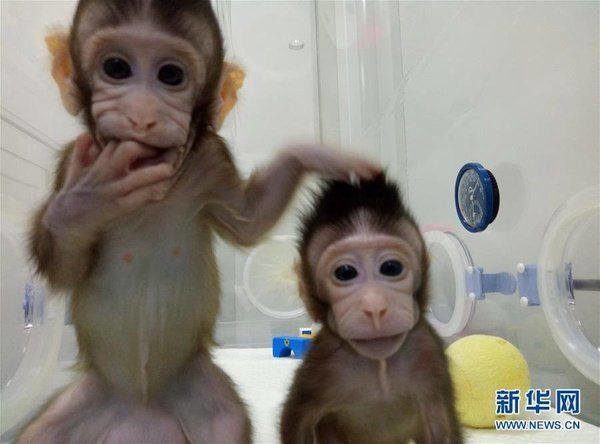 First, there are the surrogate mother monkeys, who live their lives at the mercy of the scientists who use them and forcibly impregnate them. Then there are the cloned animals themselves along with the failures, who rarely survive past six months, suffering with deformities and health problems such as respiratory distress, brain abnormalities, immune system failure, and heart failure. 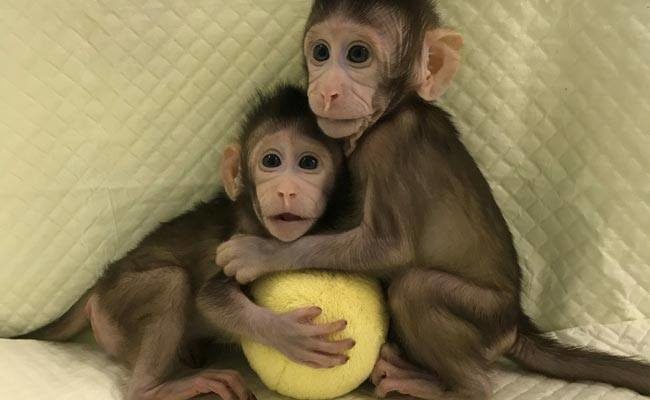 Zhong Zhong and Hua Hua are said to be healthy, but make no mistake — they’ll also spend their lives at the mercy of scientists and potential experiments, likely in fear, as will any other future “successes.” Dolly the sheep lived her entire life at the Roslin Institute, developing arthritis at four years old and eventually being euthanized at six due toprogressive lung disease and severe arthritis. 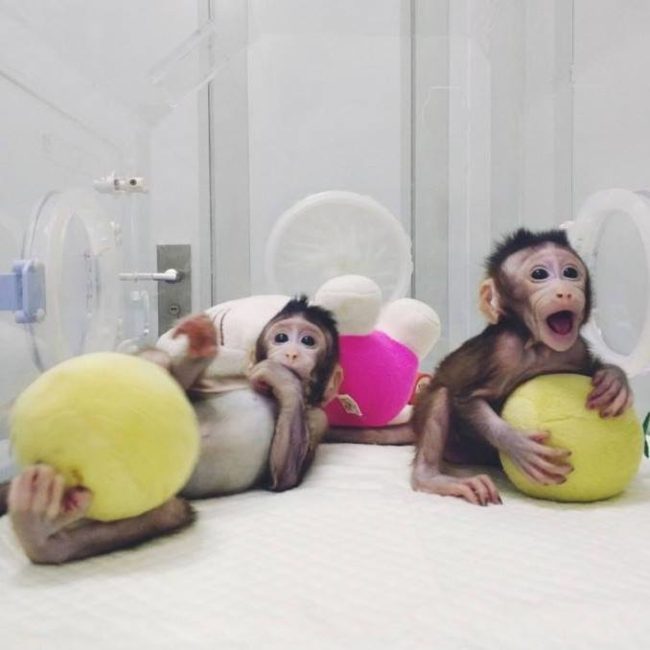 (via Scientific American and Independent)

We’ve made a lot of scientific progress over the years, but we often don’t acknowledge the price many animals pay — and will continue to pay — for it.