Her Coconut Water Tasted Funny. Then She Cut It Open And Found This Nastiness.

Barbara Evelyn Marie was trying to enjoy a sip of her coconut water last month when she noticed that something was very off about the way the drink tasted. She also says she swallowed a strange clump.

The Goshen, New York, resident decided to cut open the container to see for herself what was going on, and she immediately regretted it once she saw what was inside. “I feel absolutely sick to my stomach even talking about it,” she told The Sun. “I know there is some type of animal in there.”

Whatever is happening here is anyone’s guess, but Marie thinks it might be the remains of a squid. “I immediately dumped out all the water. I shook it because I heard stuff bouncing around,” she said. “I opened it with a knife and that’s when I discovered the octopus-looking thing.” 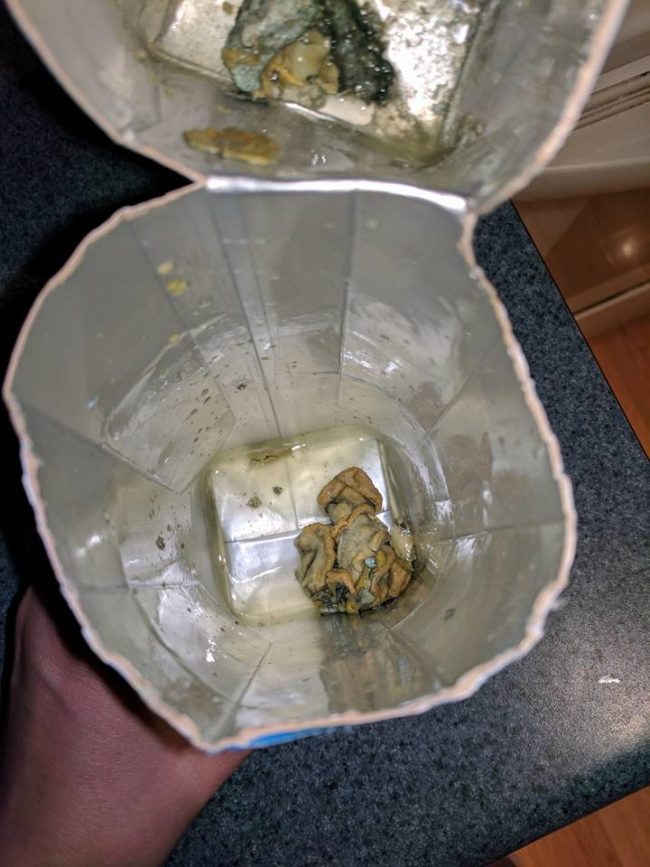 After swallowing one of the stomach-churning clumps, she says she threw up for days afterwards and had diarrhea as well. She even went to the doctor. 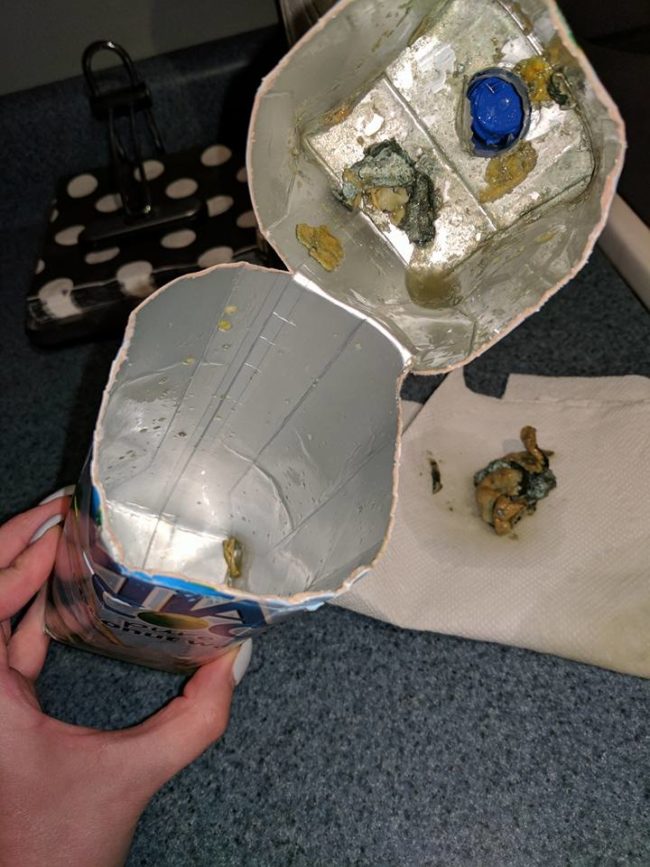 There were no indications that anything was wrong with the drink beforehand. The expiration date read July 17, 2017. 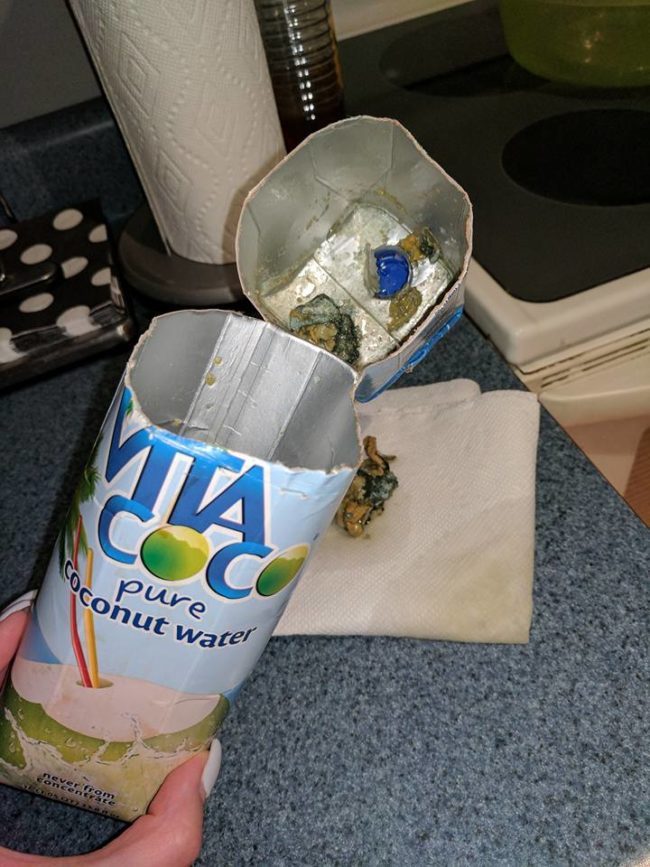 Read More: This Brewery In Denmark Is Using Something Seriously Gross To Make Their Beer

She’s since gotten in touch with Vita Coco, the company that sells the drink, and has sent some of the clumps to them while also keeping a few to be independently tested. 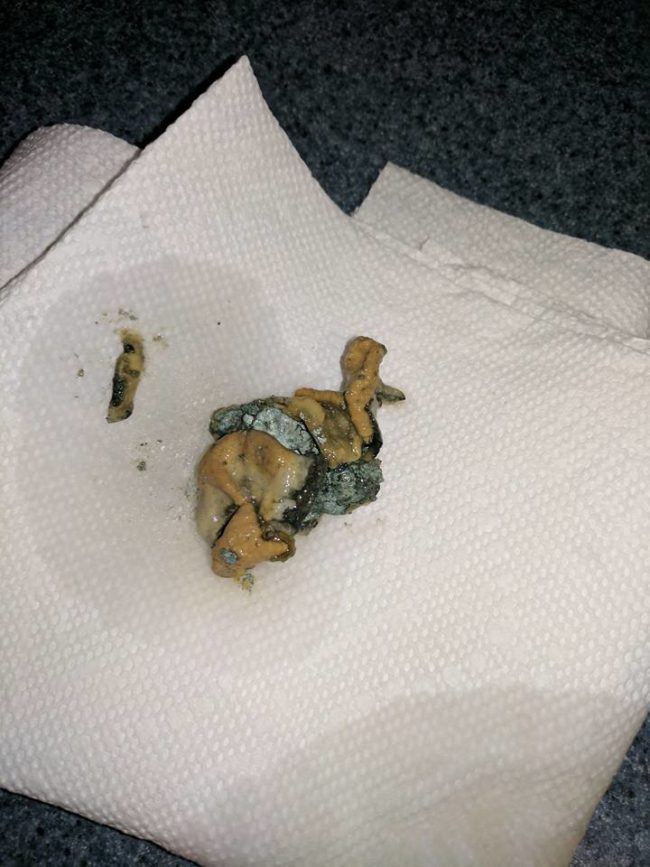 A spokemans for Vita Coco had this to say concerning the incident:

We have been in touch with the consumer, Barbara Marie, multiple times since April 26, 2017. We take all consumer inquiries and product quality issues very seriously, and as a global brand have protocols to properly investigate quality inquiries.

We asked Ms Marie for the product information for this unit on April 26, 2017, so that we could report the issue to quality control and investigate it further, but only received that information on Friday, May 5, 2017. As it stands now, we are reviewing Ms. Marie’s claim thoroughly so we can assist her in the best manner possible.

Vita Coco employs the highest standards of food safety at all its production facilities and our beverages are quality- and food safety-tested internally, and also by an external quality control specialist, before being distributed. However, because Vita Coco beverages do not contain preservatives, on rare occasion, random spoilage may occur. This is what we are investigating now with Ms Marie.

Well, it’s safe to say that I’ll never drink packaged coconut water again. Share this disgusting discovery if the thought of finding whatever this is in your drink makes you sick to your stomach.