When Lawrence Court and a few other college students recently went to a nightclub in Cardiff, Wales, they realized that one of their friends, Cameron, was already way too drunk to get in.

It wasn’t long after being refused entry that Cameron was picked up by police.They meant to just take him home, but quickly ran into a snag when the intoxicated young man couldn’t remember his own address.That’s when one of the officers decided to use Cameron’s phone to ask his friends for a little help — but the friends didn’t exactly believe him at first.Check out their hilarious exchange when the officer entered their group chat.

I mean, you can’t really blame them for being suspicious after the officer changed Cameron’s chat name to “Such a VIP he has a Police escort.” 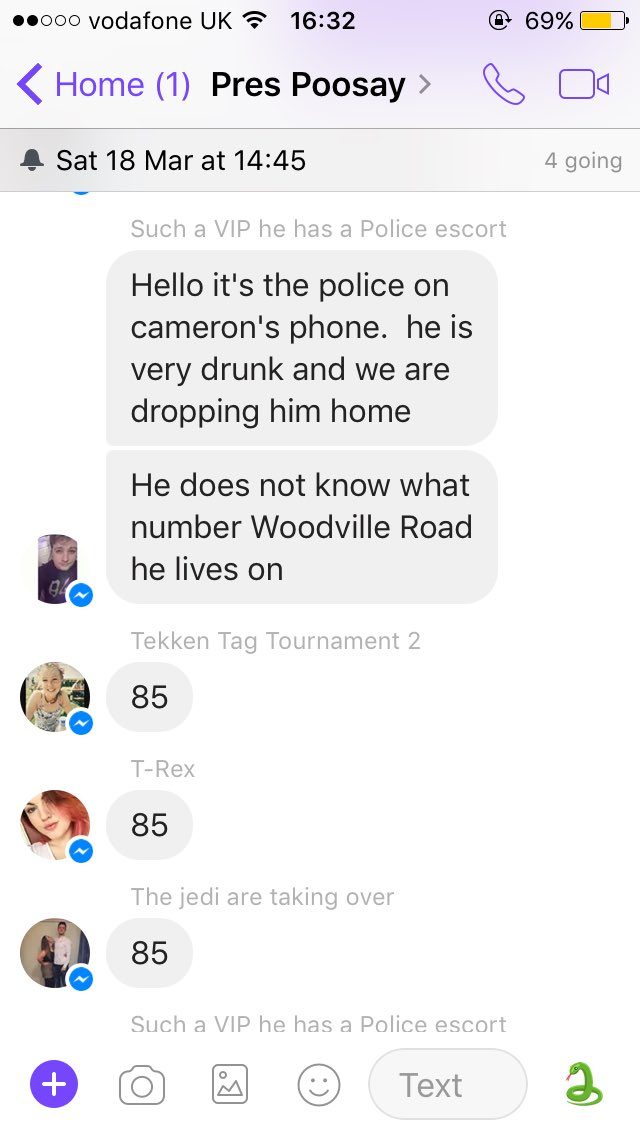 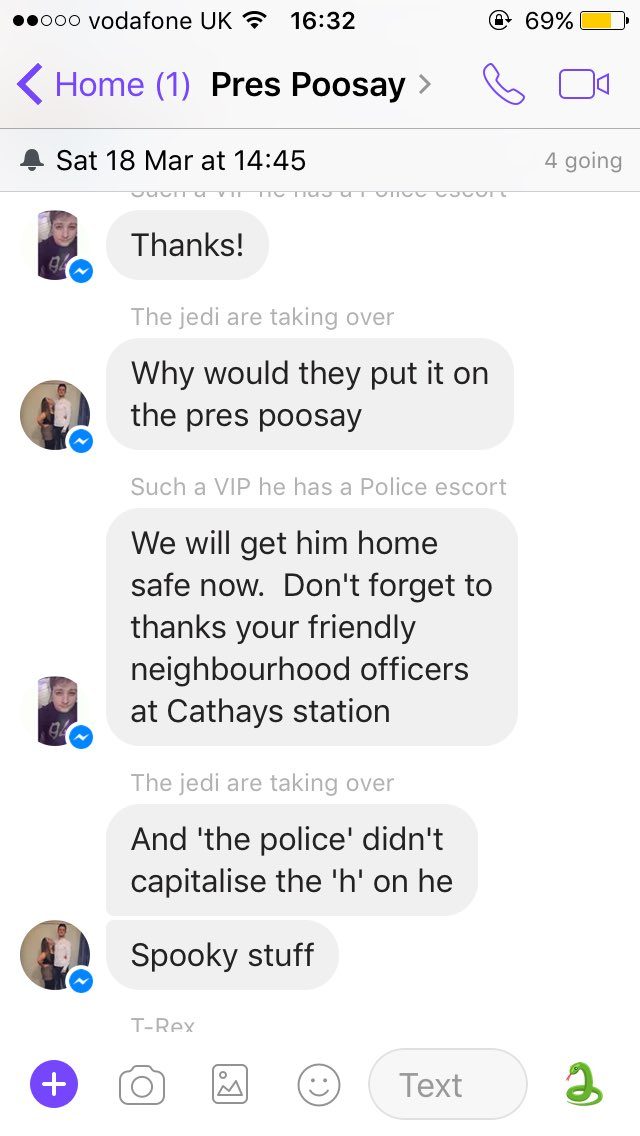 But as it turns out, he really was who he said he was. 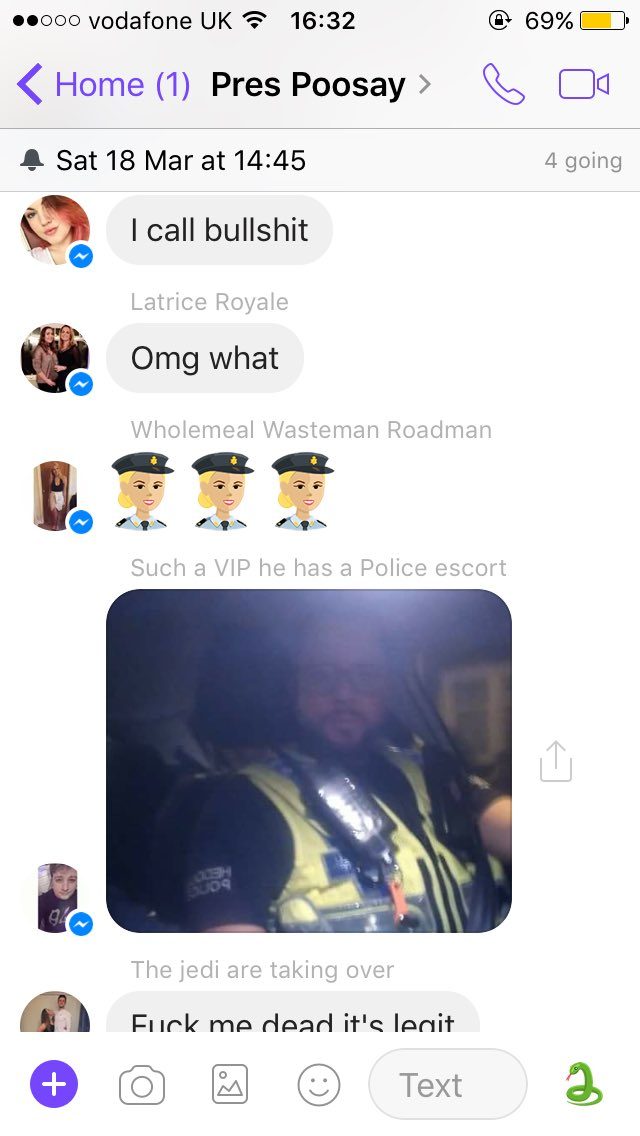 “We were in hysterics,” Court said. “It was just the most unexpected thing because we didn’t realize [Cameron] was that bad!” 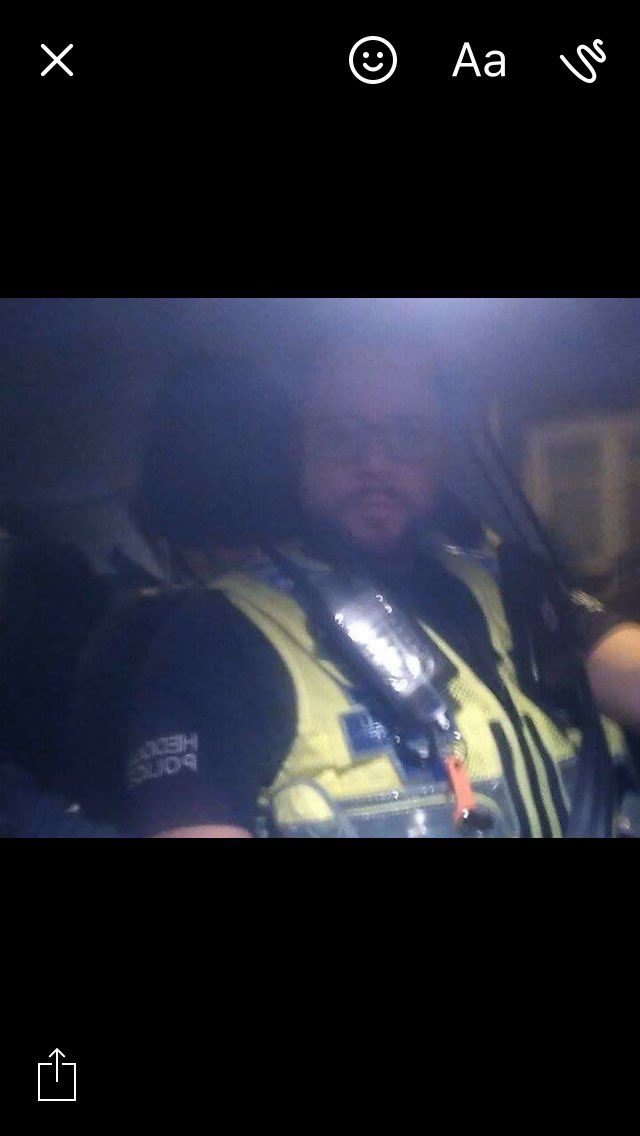 Read More: This Professor Was Just Doing His Job On Live TV But The Kids Had Other Plans

Cameron was fine the next day despite having a sore head and hangover — but at least he’ll always have this hilarious story to tell! Be sure to share if you think the way police handled the situation was awesome.