She Found A Coyote Embedded In Her Car, And You Won’t Believe What It Did Next

We’ve seen quite a few stories about coyotes lately, and they’ve taught me more about just how interesting these critters can be.

They’re found all over the United States, and while they can run into problems with the human population, they usually keep to themselves if possible. They’re a huge part of the food chain in North America, and I’ve grown to think they’re pretty cute, too.

One unfortunate side effect of animals interacting with humans is that they sometimes meet with the front end of our cars. When Georgie Knox hit a coyote she thought it was done for, but then she got a huge surprise.

Knox was flagged down by a construction worker at an intersection, who told her the coyote was not dead as she thought. It was embedded in her car and very much alive. 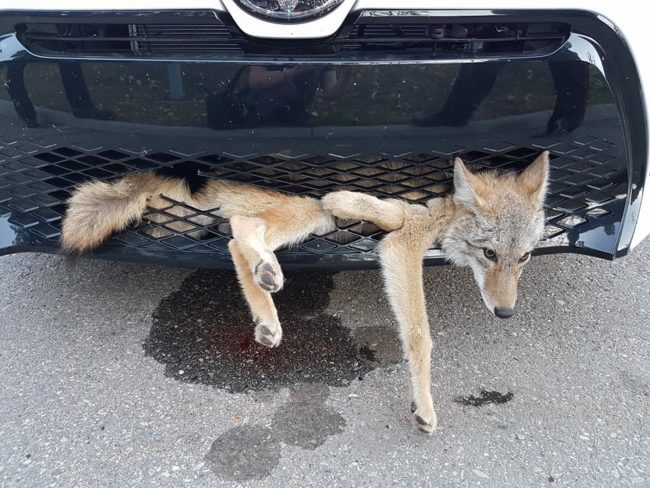 Not only was it alive, it was barely hurt. Animal Control came out to rescue the poor guy from his predicament. 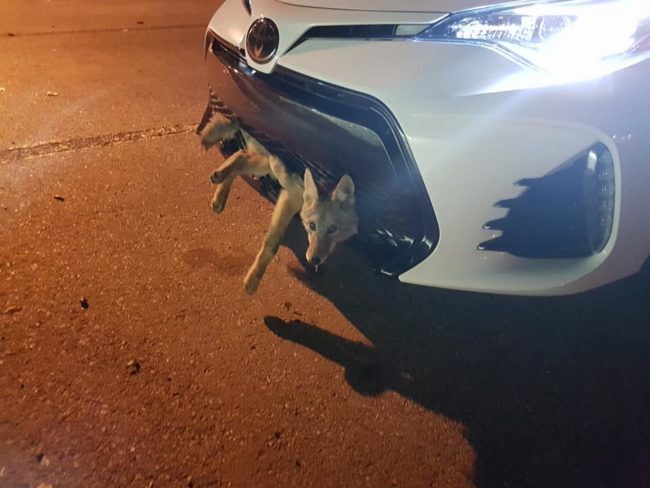 The video is SUPER blurry, but it shows the coyote being released back into the wild, more or less unscathed. Amazing!

At least there’s a happy ending for this wily coyote. Here’s hoping he can stay away from cars in the future!