She Thought A Sick Pup Was On Her Porch, But It Actually Wasn’t A Dog At All

When Sharon Bertozzi first noticed an animal hiding behind a large vase near her front door last summer, she was sure it was an old dog in very bad shape.

The poor thing certainly was very sick — so much so that she barely had any fur left on her small body. “My heart just ached for her,” Bertozzi said. The California resident knew she had to something to help the suffering creature. What she didn’t know, however, was that the “dog” wasn’t actually a house pet.

After being aware of the animal’s presence for around four hours, Bertozzi came to the realization that she was a young coyote with a severe case of mange.

That’s when she called the City of Folsom Animal Services. Officers came and picked up the coyote. She soon came to be called Princess. 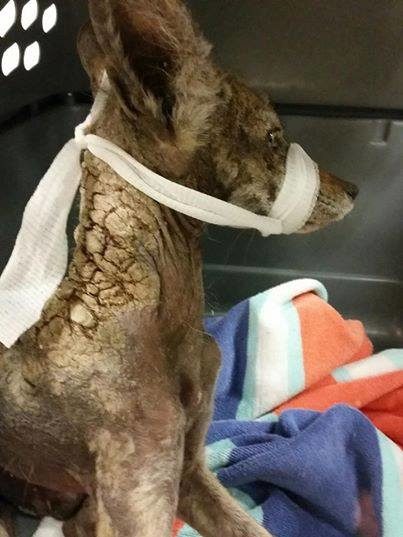 After being transported to the Gold Country Wildlife Rescue, she was also found to be severely dehydrated. 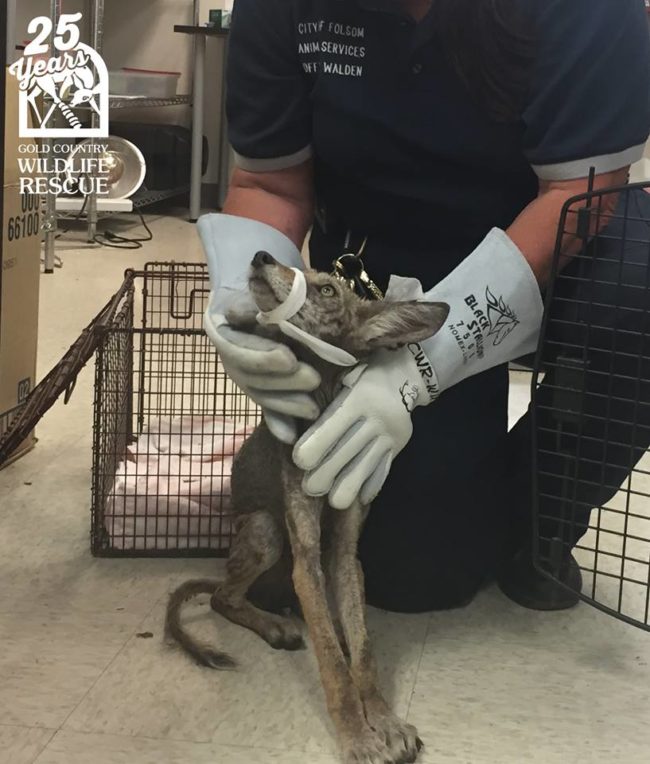 But with fluids, medicine to ease her itching, and a bath to help remove her dead skin, she was eating more and starting to feel much better. 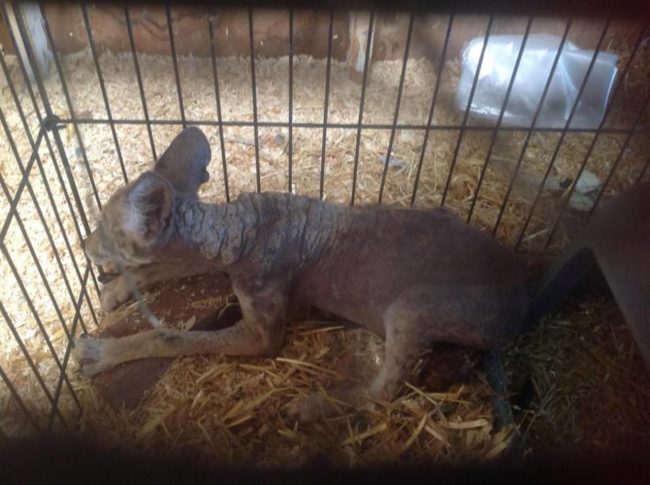 Once her mange was cured and her fur started growing back… 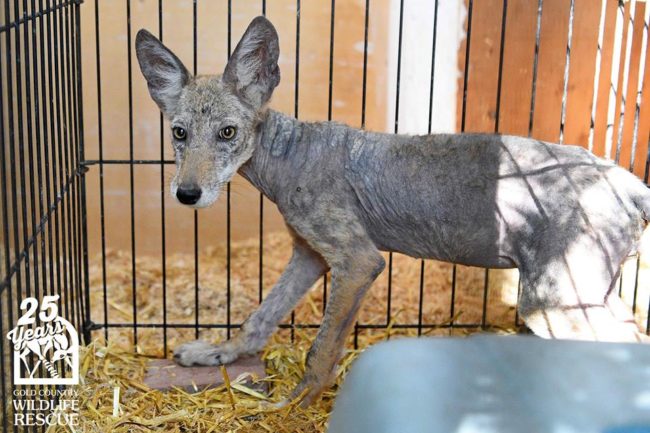 …Princess was taken to the Sierra Wildlife Rescue, where she was placed with two other coyote pups for socialization. 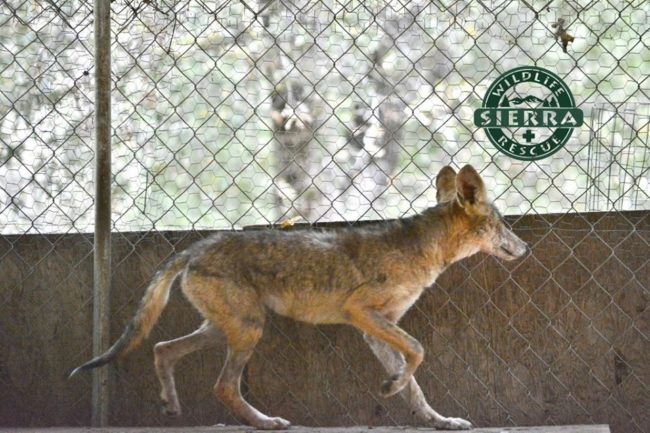 The three bonded very quickly, and in September 2016…

…they were all released together on over 800 acres of open land, where they’ll be able to live out the rest of their lives in freedom. 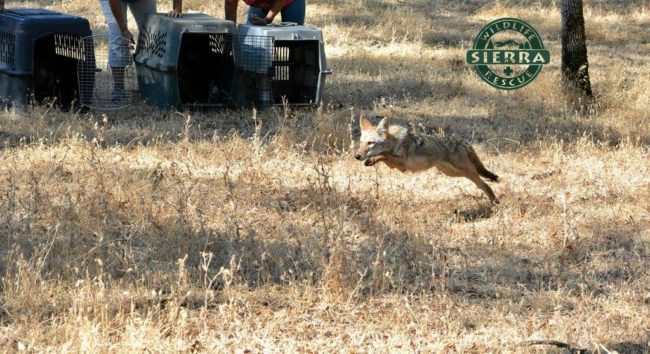 I don’t want to think about what would’ve happened to Princess if all these wonderful people hadn’t stepped in to help her. Share this heartwarming rescue story if you’re amazed by her recovery!