People Have Been Jet Skiing In These Floodwaters. Here’s Why They Really Shouldn’t.

While Cyclone Debbie has caused a lot of destruction for people living in northeast Australia, some are having fun surfing and jet skiing in the raging waters.

This behavior is already questionable enough when considering the dangers of the storm, but what just washed up in Queensland makes it even scarier.

On March 30, Townsville journalist Philip Calder came across the carcass of a bull shark in a puddle near where the storm hit.It had been in Slacks Creek before torrential rain caused it to flood.

This wasn’t the only bull shark to make an appearance, though.Another one was found a few days earlier. 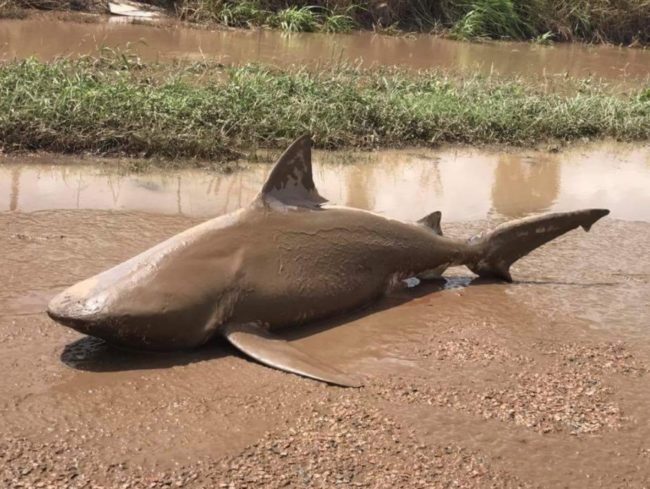 Read More: A Snake Tried To Eat A Porcupine. As You Can Guess, It Definitely Didn’t End Well.

This type of shark is specifically known for its aggressive nature and ability thrive in both salt and fresh water, even when the water is shallow. 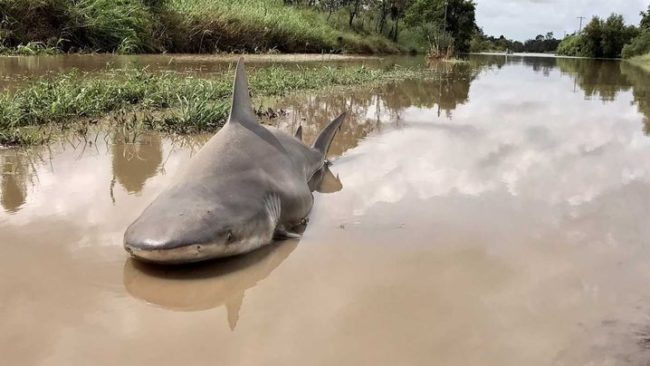 In an effort to keep people out of the water, Logan City Councillor Steve Swenson shared a video of the unfortunate creature, which he calls Bruce.

Not that I would’ve tried surfing in floodwaters anyway, but there’s no way you could pay me to do it with bull sharks around!Be sure to share this if you’d have no problem staying out of the water!