There are lots of awesome actors who go out of their way to do nice things for their fans, but this “Stranger Things” star really takes the (wedding) cake!

David Harbour, who plays Jim Hopper on the Netflix series, is totally open to fan requests, especially on Twitter. A few months ago, he promised a high school student he’d be in her senior photos if she garnered enough retweets — and when she did, he totally lived up to his promise!

Now, months later, Harbour has plans to get ordained so he can help a couple he’s never met exchange their vows. 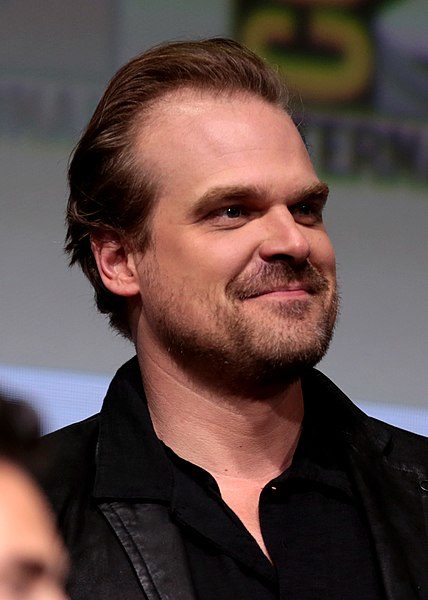 It all started back in October, when “Stranger Things” fan Damaris Fregoso tweeted at Harbour asking if he’d be in her school photos in exchange for a certain number of retweets.

Harbour was all for it, setting the bar at 25,000 retweets, a number he initially thought was pretty high. But as it turned out…

Voted most likely to hijack someone’s high school senior photos 24 years later. Many thanks to @postydamaris and her kind family and @iamtommyg photography for making a dream come true and proving my high school classmates right!!

Fast forward to last week, when another woman, Ericka Millholland, decided to issue an even bigger challenge to Harbour — becoming the officiant at her wedding.

Harbour gladly accepted again, though he made the goal a bit harder to reach with his own set of demands, including having the first piece of cake after they were married.

Still, not even a day later, he begrudgingly accepted his new role as a wedding officiant come September. We can’t wait to see the photos! 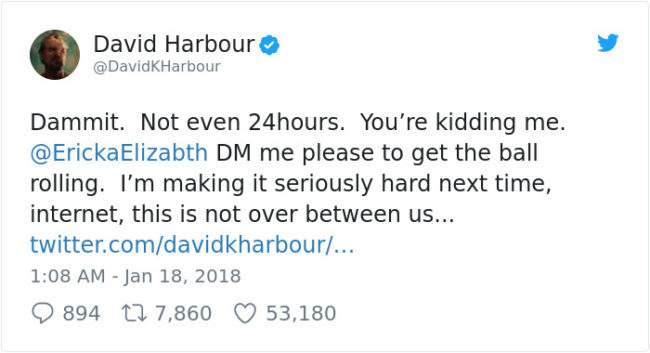 Harbour better be ready to pull out his best Hopper moves for Millholland’s reception. I have to wonder what the next challenge will be?