On July 1, Shane and Nicole Sifrit welcomed their daughter, Mariana, into the world. But just 17 days later, they had to say a heartbreaking goodbye to their baby girl.

Though little Mariana was born healthy, she became very sick at less than a week old. She was taken to a hospital, where her parents learned that she had contracted meningitis HSV-1, which is caused by the herpes virus. When babies are infected with viral meningitis, it’s often because the mother passed it on during childbirth. However, both of Mariana’s parents tested negative for the virus. Now they believe somebody transmitted it to her through a seemingly innocent kiss, and they’re sharing their story in the hopes that it will save lives.

In the days after Mariana’s birth, the Sifrits had a number of visitors at the hospital, one of whom could have kissed Mariana in a well-meaning but dangerous display of affection.

The infant seemed fine the first few days of her life, but when Shane and Nicole got married on July 7, they had to stop the wedding to get medical attention for her. She was pale, not eating, and very difficult to wake. 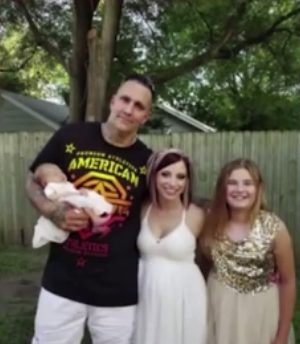 At the Blank Children’s Hospital in Des Moines, Iowa, doctors diagnosed her with the deadly virus. “It immediately went downhill from there. Within two hours she had quit breathing and all of her organs just started to fail,” Shane told WHO-TV. After being airlifted to another hospital and put on life support, she died in her father’s arms. 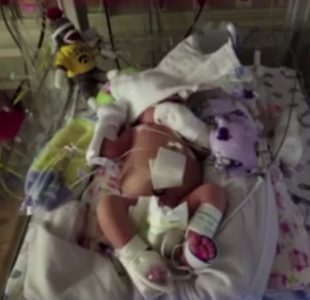 Now the Sifrits are using their loss to raise awareness about the tragic consequences that can come from kissing infants. Learn more about their story in the video below.

Our hearts go out to the Sifrits as they face life without their sweet baby girl. If you’d like to help them with Mariana’s medical and funeral costs, click here. Share with other parents to raise awareness about the devastating affects kisses can have on newborns.