Back in early September, Hurricane Irma tore through Florida, displacing families and destroying thousands of homes.

Later that month, a couple from Key Largo was walking through their homeowner’s park and observing the damage from the storm when they came across something incredible. While cleaning up the area around a fence, Ruth and Lee Heunniger spotted a plastic bottle among the debris. A closer look revealed a piece of laminated paper inside.

Excited about the prospect of finding a message in a bottle, the Heunnigers pulled it out and began reading. 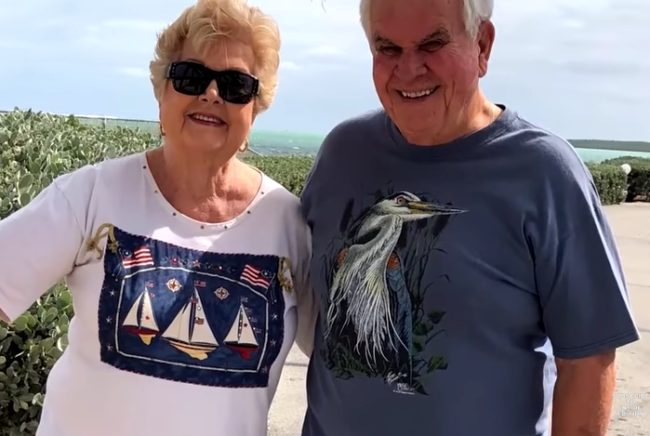 To their astonishment, the note had come all the way from an elementary school in Scotland. Because there wasn’t any sea life on the bottle, they assumed it was a few years old at most. 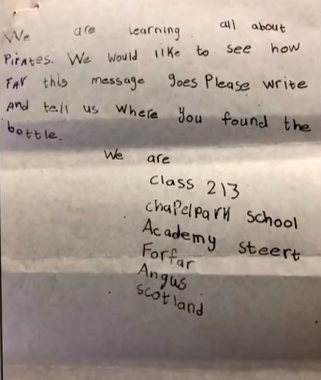 You can imagine their surprise, then, when after they wrote back to the school’s address, they got a reply from a former teacher explaining that the letter had been written over 30 years ago in the 1980s! 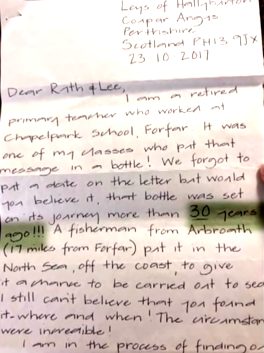 As it turns out, the school had long been shut down when they found the bottle. Learn more about their amazing discovery below.

I definitely see a trip to Scotland in the Huennigers’ future. I wonder if and when the other bottles will be found?