Well, A Deer Was Just Found Chewing On Human Remains Because Life Is Awful

When scientists at the Forensic Anthropology Research Facility at Texas State University scattered human remains across more than 26 acres of land, they were hoping to make a scientific discovery regarding the nature of human decomposition. What they actually found was a little nastier than anticipated.

While going through their footage collected at a “body farm,”scientists expected to capture photos of wild animals interacting with the human remains, but witnessing a white-tailed deer eating its fill of a corpse was the last thing they expected. Deer have been known to chow down on the bones of dead animals in the wild, but this is the first documented instance of one gnawing on human bones.

Scientists revealed that the decomposing body in question had been decaying for over 180 days and after previously being picked at by vultures, the body was nothing more than dry bone by the time the deer decided to dig in. 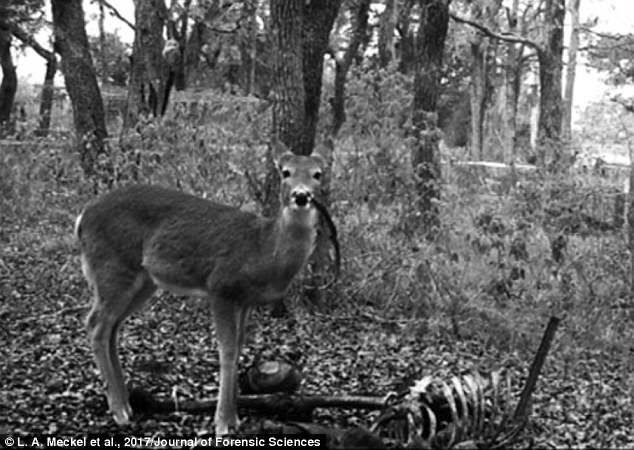 Read More: This Bear Was NOT PLEASED With Bikers Riding Through Its Neck Of The Woods

I guess if you look at it from the deer’s perspective, this is probably just revenge for humans eating venison. Share this to remind the hunters in your life that Bambi is always watching.